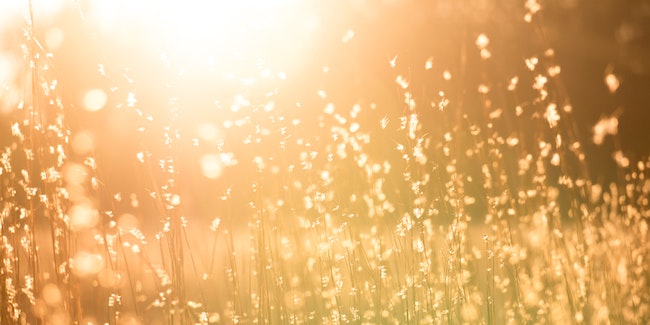 (Achitofel was an adviser to King David who turned against him, siding with Absalom’s rebellion and eventually committing suicide. See II Samuel, 15-17. According to the Talmud (Sanhedrin 101b), Achitofel assisted Absalom in the hope of ultimately usurping power himself.)

This week’s mishna discusses the respect one must have for his Torah teacher. As we will discuss, enlightening another with Torah knowledge is a far greater act of giving than helping him in any other way. The Sages equate the obligation to honor one’s teacher to the Fifth Commandment — the obligation to honor one’s parents. The Mishna writes that in certain cases, if one has the choice between assisting his father or his Torah teacher, his teacher comes first, “for his father brought him into this world, whereas his teacher who taught him wisdom brings him to the World to Come” (Baba Metziah 2:11). Teaching Torah is thus viewed as one of the greatest acts of giving, far beyond any kindness this world has to offer.

Our mishna goes so far as to state that a single letter of Torah is invaluable. The commentators (e.g., R. Hirsch) point out that Hebrew is a very precise and nuance-laden language. Single letters are used to represent most prepositions and conjunctions. Likewise, verb forms (singular vs. plural, masculine vs. feminine, tense, etc.) may differ by a single letter alone. Finally, the Sages often deduce laws and principles from the insertion or omission of a single letter in the Torah. (The Talmud lauded R. Akiva for learning “mounds upon mounds” of laws from the “crowns” (serifs) on top of the letters of the Torah (Menachos 29b).) Thus, one may enlighten his fellow in the meaning of a single letter of the Torah — and it may open up worlds of meaning.

This is one reason why Jews have always been so meticulous in their preservation — to the letter — of the Torah. Jewish communities isolated from each other for millennia, ranging from western Europe to Yemen, have found that after thousands of years their Torah scrolls differ by only a handful of letters.

The commentators question the logic of our mishna. If the basis for this principle is the two laws which Achitofel taught David, how can our mishna conclude the same for a single letter? Some (in the name of Rabbeinu Ephraim) suggest that the reference to a single statement and letter should be omitted. Others explain as we said above — that much can be deduced from a single letter — far more than two laws alone. Finally, others answer that if David, King of Israel, held Achitofel in high esteem, who though an accomplished scholar was thoroughly wicked (the Sages list him as one of the few individuals who did not merit the World to Come), so too should we respect our teachers for enlightening us in an even smaller amount of Torah (Ya’avetz).

Returning to the theme of our mishna, it’s important to note that the Sages limit their statement to Torah study alone. Say one person assists another in performing a mitzvah (commandment) — which the other did not know how to perform. Here too, we would suppose, the instructor has aided his fellow in a manner far greater than the father or mother who brought him into the physical world. Yet the Sages make no such statement praising such a person. Although he’s certainly done something beyond the kindness of this world, the Sages do not seem to get very excited about it (for lack of better term) — not nearly as much as they do for a single letter of Torah. What makes Torah study so far superior?

The Talmud in fact makes a stronger statement regarding Torah study. In Genesis 12, we read of Abraham’s following G-d’s command to emigrate to the Land of Israel. Verse 5 states that he took with him the souls he “made” in Charan. The simple meaning is the servants he acquired, as “making” in Hebrew is sometimes used in that sense. The Sages, however, interpret it to mean the souls he created — by instructing them in the ways of G-d, thereby bringing them to the truth of G-d’s reality, or as the Sages state it, “bringing them under the wings of the Divine Presence.” Based on this the Talmud comments: So too, anyone who teaches Torah to another is as if he created him (Sanhedrin 99b). Thus, instructing another in Torah is akin to creating him anew — far greater than assisting him in a mitzvah and certainly greater than forming him in this world. What is so unique about teaching another Torah?

R. Naftali Tzvi Yehuda Berlin (the “Netziv” (ni-TSEEV), great 19th Century Lithuanian rabbi) asked further on the Talmud above. What is the comparison between Abraham, who converted souls to monotheism, to one who teaches another Torah? We can perhaps appreciate that instructing pagans in belief in G-d is a form of creation. It is taking people from a meaningless and empty existence and providing them with a connection to G-d and eternity. But how can the Talmud equate teaching Torah to this? If you help your fellow study it is obviously a great act. But if he was a believing Jew yesterday, and today he is the same believing Jew — just slightly more knowledgeable — how have you “created” him?

The Netziv answers that Torah study is unlike every other mitzvah. (In a way this class may seem repetitive to previous ones in this chapter. But we are dealing with a fundamental — really, what makes us Jews — well worth the entire chapter devoted to it.) If I help someone perform a mitzvah — say how to don Tefillin (phylacteries) — he is helped in that way alone. As great a mitzvah it is, the “helped” is only one mitzvah better than he was before. Torah study, however, is very different. If I teach you so much as one letter of Torah, you are not only helped in that one particular. You become a new and transformed person, of entirely more profound perception. Entirely new horizons have opened before you — and in a way I have created you anew.

Torah study is not a collection of thoughts or information. It is a link and connection to G-d Himself. Every part of the Torah forges that connection in its own way. One can study what would otherwise seem the driest and most technical part of the Torah (the classic example invoked at such points is, “If an ox gores a cow…” (Mishna Baba Kama 5:1)), and find himself becoming a more sensitive, caring person. (One needs only see how enthused and energized yeshiva students become when delving into such subjects — how their very souls become ignited with the word of G-d. Imagine, by contrast, studying such detailed civil law of any other legal code — without falling asleep.) Torah study has this effect on an individual. It is not only the knowledge per se. It is that link to the infinite, one which both awakens and overwhelms. It takes the entire person — by his soul — and transforms him into a greater, wiser, and more sanctified human being.