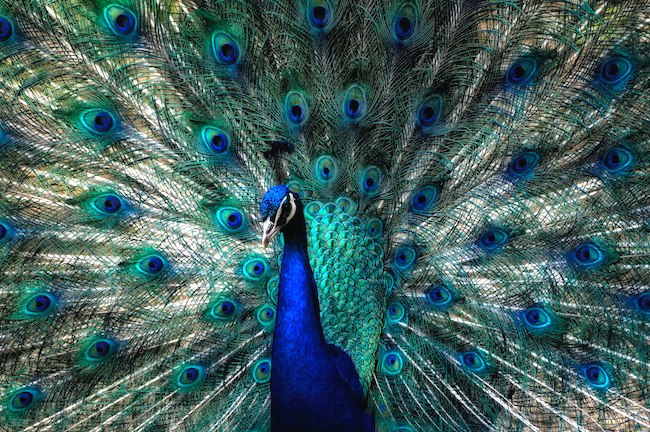 The qualities of this week are all similar, all relating to the Torah scholar’s attitude towards himself and his position. The scholar stays away from “kavod” — honor — a word we’ll look at more closely coming up. He is not overly proud of himself (or full of himself) as a result of his scholarly achievements. Last, he does not relish his position as judge and arbiter over others’ lives. He decides matters of Jewish law and advises and admonishes his fellow Jews, but he does not enjoy exercising his authority.

Likewise, we learned earlier in Pirkei Avos: “Despise high position” (1:10). The Torah scholar does not wish for such awesome responsibility — guiding others in their spiritual development and assisting them in their life decisions. He does so only because he recognizes he is the one most worthy, as we also learned above: “In a place where there are no men, endeavor to be a man” (2:6). In Judaism, if someone does not want to be a rabbi, there is some slim hope he may prove the worthy leader. The one, however, who seeks fame and position — the career politician: there can perhaps be no better proof of his lack of worthiness to lead.

The Sages level some of their sharpest criticisms against arrogant and conceited people. They seem to view arrogance as antithetical to almost everything Jewish. The Talmud equates arrogance to idolatry and to denying G-d’s existence. It states that G-d says of such a person: “He and I cannot dwell together in the world.” Eventually the conceited person will meet his downfall, continues the Talmud, for it takes very little to unravel him with his false airs (Sotah 4b-5a).

The question, however, is that we can understand that honor is detrimental and should not be pursued for its own sake. But to some extent, isn’t it natural? Don’t people have a natural need for recognition and admiration — if not from others, at the very least the need to feel good about themselves? Yet the Sages condemn arrogance and self-pride in the harshest terms. Our mishna’s language even implies that one should not be proud within his own heart because of his Torah study (the literal translation is that his *heart* is not proud in his studies). Is the Torah trying to deny a real and basic human need? We could perhaps distinguish between feeling good about ourselves and being conceited. But there would seem to be little substantial difference between the two. Is honor permitted in small doses but not when it becomes excessive? But doesn’t the Talmud write all too clearly: “Not it and not any part of it” (Sotah 5a)?

If there is one thing I hope I have conveyed about Judaism over the past years — and if it has to be only one thing, I would hope this was it — is that Judaism is not a religion which denies human nature. It does not tell us to deny from ourselves anything our souls — or our bodies — desire. It is a religion invented by G-d — a G-d who understands human nature and man’s physical makeup better than we do ourselves. It thus allows us to find meaning and expression for all our drives and desires — both spiritual and physical — even those which at times have the basest of manifestations. If G-d created man with such drives, He did so for a reason. They are meant to be used — properly and judiciously, but used in the service of G-d.

Thus, Judaism has no complex about pleasure. Jews marry and can become rich and live well. If we want it, there is a permissible manner of enjoying it. The Talmud likewise writes: For everything the Torah forbade, it provided us with a permissible equivalent (Chullin 109b). (No doubt, the Sages had imitation bacon bits in mind.)

Returning to our question, don’t human beings have an innate need for recognition and honor? Yet the Sages seem to view honor-seeking as running contrary to everything Judaism stands for, that the honor seeker is worshipping himself rather than G-d. Is there any positive outlet for our drive for recognition? And what about our religious accomplishments — the degree to which we have studied, observed, and discovered G-d? Can we not at least be proud of ourselves for all of that?

The Talmud (Ta’anis 20) records an amazing incident. R. Elazar son of R. Shimon was on his way back from his teacher’s house of study. He was riding a donkey leisurely along a river bank “rejoicing a great joy,” thoroughly proud of himself for having had learned so much Torah. An extremely ugly man (many commentators say it was Elijah the Prophet coming to teach the rabbi a lesson) chanced upon him and greeted him. R. Elazar did not return the greeting, but instead responded: “Empty one! How ugly you are! Are all the people from your town as ugly as you?!” The other responded: “I don’t know, but go tell the Craftsman who fashioned me, ‘how ugly is this utensil You created.'” Needless to say, the rabbi was showed up quite well and quickly lost his airs.

To be fair, we should add that R. Elazar viewed not only the man’s external features but correctly saw it as a reflection of a wicked and corrupt soul — one reason he assumed the man came from a town of “ugly” or wicked people (see commentary of the Maharsha on Talmud there). Also, the term “riding a donkey” is often used by the Sages to imply a complete control of and superiority over physical matter. (“Chamor” / “donkey” vs. “chomer” / “matter” — the Messiah is depicted in Scripture as “a poor man riding a donkey” (Zechariah 9:9).) R. Elazar had reached a lofty spiritual level indeed, and to be honest had little patience for the fellow who was “empty” and seemingly devoid of all religious propensities. Just look how sacred a human being can become! What a tragic waste of a lifetime, of the human potential!

Thus, nasty, arrogant and undiplomatic perhaps R. Elazar was, but his reaction did not stem from nothing. Perhaps we might even consider this a wrong but understandable side effect of those who study Torah. For again, isn’t it natural that the Torah scholar will be proud — fiercely proud — of his own accomplishments? And wouldn’t he by the same token look down upon the coarse and ugly individual who had expended no such efforts, who was completely “out of it” when it came to the sanctity of the human soul? Could R. Elazar have avoided at least looking down on such a simpleton in his heart — even if his retort was hardly called for?

Yet another longer-than-expected class. To be picked up G-d willing next week.