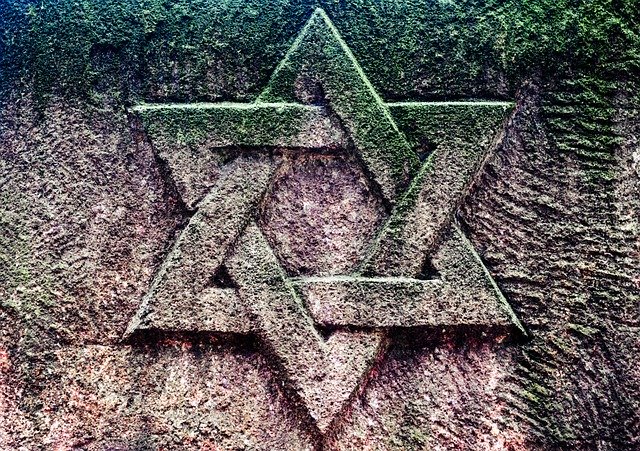 Last week we began examining the Torah obligation to rebuke one’s fellow. As we discussed, as fashionable as it is today to grant everyone and everything legitimacy — that everyone is entitled to his own beliefs however ludicrous, and that everyone may live however he pleases and no one else has any right to butt in — an absolute religion simply cannot accept this. Perhaps the most fundamental axiom of Judaism — even before we discuss what it preaches — is that there are absolutes in this world. There are absolute and incontestable realities in the universe which are not up to each individual to decide to accept.

It is popular nowadays to relate to religion — and really to G-d for that matter — only to the extent that makes sense to us. If a particular commandment is meaningful and relevant, I will observe it. Otherwise, I get nothing out of it and it is a waste of time.

I personally am always a little taken aback when I meet people who approach religion with such a mindset. I guess one has to appreciate that true seekers will constantly look to find meaning in religion. Yet in a way the premise of such people is fatally flawed. We cannot be the arbiters of G-d’s existence and wisdom. If He does exist (and we were certainly witness to that at Mount Sinai), His existence is not dependent upon our ability to understand Him or appreciate His mitzvos (commandments). Yes, to the extent we understand, G-d’s mitzvos, if observed properly, are meaningful and uplifting to an extreme. Yet our acceptance of them simply cannot hinge upon our own limited comprehension. To state it bluntly, it would be arrogant beyond words to make acceptance of the commands of the Creator dependent upon their understandability to the very creatures He created. I mean, who stands and judges whom?

And so, ours is a religion which is built upon absolutes. I feel it is relevant at this point to list those very absolutes upon which Judaism is premised. Maimonides enumerates what he considers the 13 fundamentals of Judaism. Rather than providing the entire list, I present a condensed version. (Needless to say, each one deserves a class on its own.)

Maimonides’ fundamentals address three basic areas. They are: (1) G-d’s existence: G-d, our Creator, is one, eternal and incorporeal. (2) G-d’s communication with man: The Torah and the words of the Prophets are G-d-given, absolute truth, unchanging, and eternally binding. (3) Reward and punishment: G-d knows and judges all of man’s deeds, the Messiah will arrive — bringing the entire world to recognition of G-d and to its ideal state, and the dead will be resurrected — in preparation for G-d’s final Day of Judgment and the ultimate meting out of reward and punishment.

Thus, Judaism is based upon certain principles which must be accepted unconditionally. Actually, in a way it is comforting to know there are definites in this world. The world is not such a senseless place left for man to figure out for himself. There is a clear purpose to the world, there are precise and G-d-given definitions for good and evil, and man’s obligations towards his Creator are explicitly stated in the Torah. And, for those who fail to live up to this knowledge, there is much room for “rebuke”.

Once these hurdles are accepted, we can begin to appreciate the beauty of the commandment to rebuke our fellow. As we began to discuss last week, “rebuke” is not really the correct word. That has the connotation of telling others off or putting them down — more often for the satisfaction of the rebuker than the benefit of the rebuked. Here if anything quite the opposite is implied. Let us look again at Leviticus.

Leviticus 19:17 states: “You shall not hate your brother in your heart. You shall surely rebuke your fellow, and you shall not bear a sin because of him” (or: “you shall not cause him to bear a sin”). The Torah begins by stating we must not hate one another. This is the starting point for the obligation to rebuke. When we see another sinning and failing in life, our natural attitude towards him might be one of condescension and even disgust. How can someone trade in spirituality and closeness to G-d for vain and empty pleasures? How shallow and shortsighted can this idiot be? Yet the Torah warns us against such thinking. We must not dislike our underachieving fellow. We must feel responsible for him. We must consider his failing our problem as well, and we must do whatever we can to help.

The Torah thus obligates us: “You shall surely rebuke your fellow.” As we pointed out, “rebuke” is not the true definition. The word “hochai’ach” more accurately means prove. We should cause our fellow to see for himself how his life can be more meaningful and rewarding. Rebuke is not for the purpose of forcing our way of life on others — even though we happen to really know better. The world has seen far too many inquisitors, fanatics and fundamentalists who “knew” they were right and forced their beliefs upon the infidels at the point of the sword. That is not the way of the Torah. The mitzvah (obligation) to rebuke is to get the other to see for himself that his life could improve. All we need do is lay the facts clearly before him — not least by living according to our principles ourselves. The actual change must be his own — and must come from within.

But it is even deeper than this. My teacher R. Yochanan Zweig (www.talmudicu.edu & www.torah.org/learning/rabbizweig) explains that the true root of the word “hochai’ach” is “ko’ach” or strength. Thus, “hochai’ach” / “prove” is the causative of “ko’ach” / “strength” and literally means to give another strength. And this is because there is nothing more empowering than receiving rebuke. We all feel a little listless and out of synch at times, like we haven’t connected with our true selves and that our lives contain some degree of falsehood and emptiness. The reason is often that we have faults and shortcomings we haven’t really identified. Not knowing what is wrong with us is a draining and depressing feeling — of some unknown hollow which saps our strength and weakens our resolve.

When an outside person — close enough to know me well yet distant enough to be objective — “rebukes” me, it gives me strength. He sees my faults in ways I just cannot see within myself, and he helps me come to grips with my own problems. (We could spend $200 an hour having a psychologist do the same for us, or we could have an untrained but true friend give us frank advice to which we listen attentively and consider sincerely.) There is nothing more invigorating than knowing what my problems are — and knowing who I truly am. When someone does this for me I am given strength and direction — and the energy to improve my own fate.

Many of the other details of the obligation to rebuke stem from this principle. Generally, we only rebuke others when we might actually “prove” something — when it might really cause them to improve. Thus, the Talmud comments, “Just as there is a mitzvah to say something which will be heard, so too there is a mitzvah not to say something which will not be heard… as it is written: ‘Do not rebuke a scoffer lest he hate you; rebuke a wise man and he will love you’ (Proverbs 9:8)” (Yevamos 65b).

(At times there is an obligation to speak up in protest of a public desecration of G-d’s Name, even though it will not improve the situation, in order to make it clear that Judaism does not in any way condone such behavior.)

Also, the manner in which we reprove must be one conducive towards our fellow’s receptiveness. The Talmud explains: “I might think one should rebuke [another] even when his face turns colors from embarrassment. The verse therefore states: ‘you shall not bear a sin because of him'” (Erchin 16b). Do not admonish in a way which shames your fellow — causing you to bear a sin in the process of attempting to improve your fellow. Rather, rebuke in private, at a later point in time, when the sinner is reposed and perhaps receptive to criticism.

R. Aharon Kotler OBM (founder of the Lakewood Yeshiva in America) pointed out an alternate reading of this final phrase, namely: “you shall not cause him to bear a sin.” When we rebuke another (whether friend or child), don’t make him bear the sin. Don’t put him down, telling him what a failure he is, so that the sin weighs heavily upon him. Rather, raise him up above the sin. Don’t tell your child “that was rotten of you to do.” Say: “that was *beneath* you. I know you’re someone who can do better.” (Likewise, the well-known Yiddish expression: “Es past nisht far dere.”) When we rebuke, we want the other to improve; towards that end we show him he is capable of better.

Finally, just to touch on one other issue from last week, is it correct, say, for the Orthodox in Israel to attempt to use whatever means at their disposal, whether political or social, to “rebuke” their fellow countrymen, somehow making Israel more “Jewish”? Based on most of what we have written, probably not. “Rebuke” means showing others they can improve, not imposing our better-held positions upon them. Enacting legal regulations — and certainly wielding the threat of violence and intimidation — are hardly fulfillments of this mitzvah and usually do little more than increase tension and resentment. To invoke a somewhat worn-out cliche, one must be exceedingly careful not to get so carried away winning the battle that he dismally and utterly loses the war.

For that matter, however, the Orthodox typically limit their efforts to public issues, issues which affect the country as a whole — including the Orthodox. Public desecration of the Sabbath or violation of basic Jewish values destroys society at its core (in addition to being forbidden). We oppose it more to preserve our own value system than to force it upon others. And through some such religious “impositions”, an uncomfortable status quo has for decades prevailed in Israel. Yet our greatest contribution to Israel — and to the world — is just in holding on — exemplifying through our words and deeds the Torah lifestyle for all, both Jew and Gentile, to see.