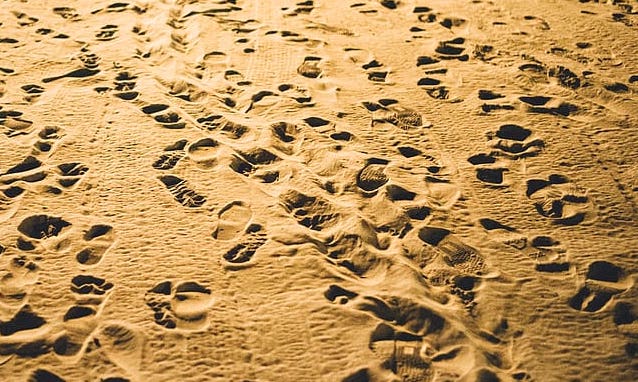 The size of the steps that one takes backward depends on the reason for these steps. The first reason offered is that the person in prayer is like the kohen offering a sacrifice. According to this explanation, one steps backwards putting his toe behind his heel, since this was the way that the kohanim performed the Temple service (Darchei Moshe 123,2).

The second reason given for the steps is that the person in prayer is like a servant departing from his master. The Rema understands that, according to this reason, there is no minimum size of the steps, and even tiny ones are acceptable (Darchei Moshe ibid.). While we generally follow the first opinion, some halachic authorities rely on the other opinion and allow us to take smaller steps if there is limited space in the shul (Mishna Berura citing Bach).

Women did not participate in this service in the Beis Hamikdash; must they be careful about the size of their steps? Some authorities rule that women may rely on the second reason and take smaller steps (Ishei Yisrael 23,215 citing Orach Ne’eman 123,11). Others imply that the established halacha applies to men and women equally, and women must also be exact in the size of their steps (Magen Avraham 123,10).

The Rema warns that according to both views one should not take large steps backward (ibid.). Not only are these strides unfit for the Temple service, but they give the appearance that one is eager to run away from one’s Master (Mishna Berura 123,16). The Shulchan Aruch, however, implies that one may take larger steps back (123,3).