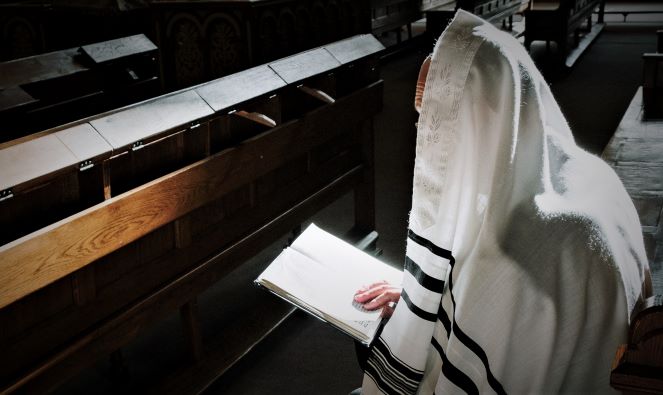 A Garment of Illumination: Wearing a Tallis for Prayer

Dressed in a Tallis

“Prepare yourself to daven before the G-d of Israel” (Amos 4,12). Rav Kahana would wrap himself in a tallis before tefillah (Shabbos 10a). Based on this Gemara, the Shulchan Aruch rules that one should wear a tallis during prayer (Shulchan Aruch 91,6).

While it is always important for a man to wear a tallis, during tefillah it is even more important. The Rambam writes, “During times of prayer a person must fulfill this mitzvah carefully. It is considered especially shameful for a Torah scholar to pray without a tallis” (Rambam, Tzitzis 3,11).

The following analogy can shed some insight on the significance of this practice: When a person prepares to face a human king, he doesn’t come attired in the mode of a person going to the marketplace, but rather wraps himself in a respectable garment in order to stand before the king with appropriate fear, trepidation and honor. Wearing a tallis should evoke suitable trepidation as we stand before Him (Sefer Chassidim 57).

“You should make fringes for yourself …When you marry a wife …” (Devarim 22:12-13). The Torah juxtaposes the mitzvah of tzitzis with the mitzvah of marrying a wife, from which some authorities infer that a man should not wear a tallis until he gets married (Medrash cited in Maharil, Hilchos Ishus 10).

The Maharil writes that he started to wear a tallis from the time of his bar mitzvah. However, he cites that based on the above medrash, the custom in France was that men started wearing a tallis only after they married (Sefer HaManhig, Hilchos Ishus 108). Other commentaries explain that the custom of wearing a tallis from the time a boy becomes bar mitzvah was established in order to fortify him with mitzvos before he got married (Orchos Chaim vol. 2, p. 65).

The accepted custom is that boys wear a tallis katan as soon as they are old enough to wear them properly, two tzitzis in front and two in the back (Shulchan Aruch 17,3). Regarding a tallis, many Polish and Lithuanian Jews have the custom to start wearing one only after their marriage. Amongst the Sephardim and Jews of German origin, the custom is to wear a tallis from when one is old enough to perform the mitzvah properly (Responsa Yechaveh Da’as 4,2).

« Wearing a Belt
A Tallis on One’s Head »