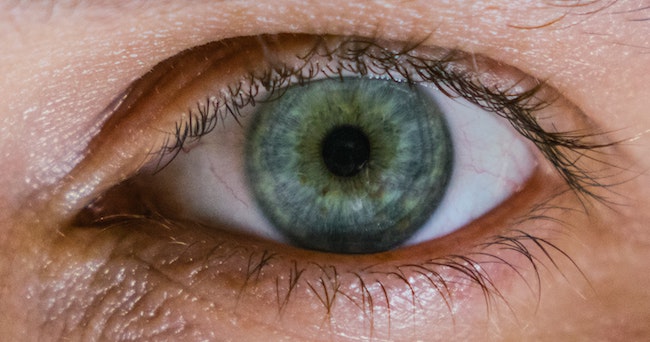 The eyes are the portal to the innermost chambers of the soul. Even if a person is in a crowded area, if his eyes meet with those of a close friend whom he has not seen in many years a feeling of closeness instantaneously envelops them. Suddenly, the distance has been bridged through the connection of souls.

While saying the words “Kadosh, kadosh, kadosh,” Ashkenazim have the custom to lift their eyes towards the heavens. At that moment, it is as if the eyes of man and G-d meet, and it is a sense of great closeness between a Jew and his Creator. Hashem holds onto his Royal Throne, mentions the merits of the Jewish people, and hastens their redemption (Mishna Berura 125,5).

Looking Hashem straight in the eyes (as it were), is an experience of sublime kedusha, and some poskim advise that during this time one should keep his eyes closed (Taz 125,1). Others argue that one should keep his eyes open during this moment of intimacy. Most Ashkenazim follow the opinion that the eyes are open, while Sephardim keep them closed (Mishna Berura 125,6).