Walls of the Temple Mount

Both the Temple Mount and the courtyards within it were surrounded by tall walls, 40 cubits (60 feet) in height. These walls stood 5 cubits (7½ feet) thick at their base and tapered slightly as they rose to give them greater stability. In King Solomon’s First Temple the walls were composed of a repeating pattern of three courses of stone followed by one course of wood. In the Second Temple, the Persian king Darius (who was the one to grant the Jews permission to rebuild the Temple) commanded that the walls mimic that original design but with the following changes: 1) the walls should begin with one course of wood and then three courses of stone, 2) the wood should not be set completely within the walls, and 3) the wood should not be covered with plaster. No mortar was used to hold the massive stones together rather they were carefully fitted to one another and then locked into place with iron braces. 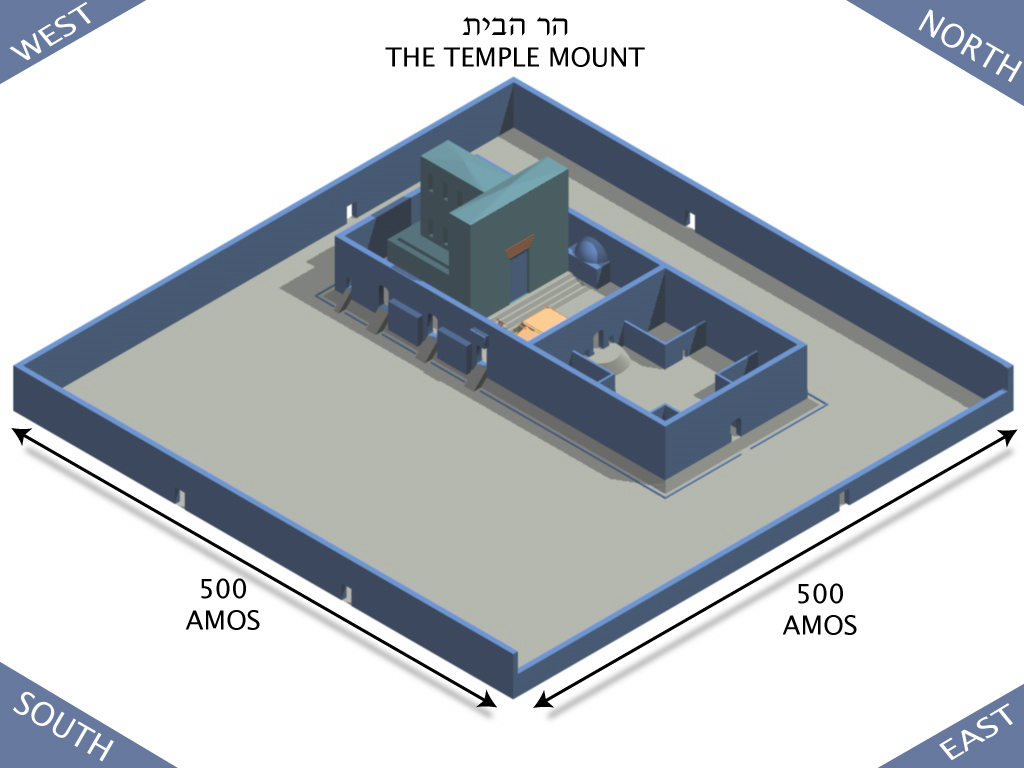 The eastern wall of the Temple Mount was much lower than the others and stood less than 26 cubits (39 feet) high. The reason for this was a Scriptural requirement connected to the Parah Adumah [red heifer, whose ashes have the ability to purify people and objects from corpse-tumah]. The Parah Adumah was prepared on the Mount of Olives, located due east of the Temple, and the Torah writes that while the Kohen is carrying out the preparations he must have a direct line of sight to the opening of the Sanctuary. From his vantage point in the east the Kohen would look over the lower eastern wall of the Temple Mount, through the eastern gate of the Women’s Courtyard, and through the Nikanor Gate to the opening of the Sanctuary.