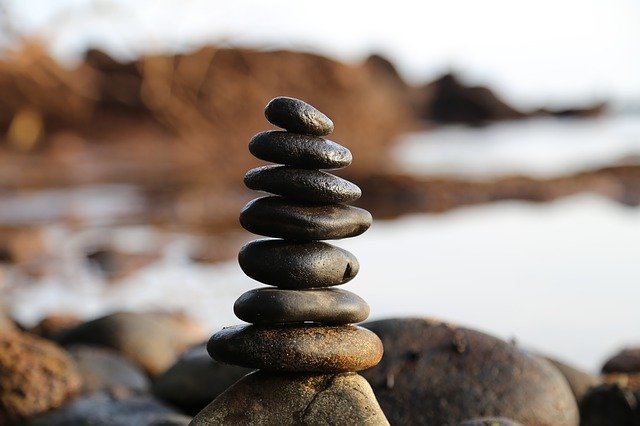 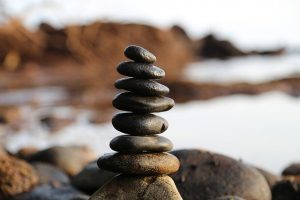 He took from the stones of the place and placed them around his head. He lay down in that place.[2]

A medrash depicts Yaakov crestfallen for travelling completely empty-handed, unlike Eliezer, who arrived a generation before with ten laden camels with which to make it more attractive to arrange a shidduch. Then he reminded himself, “My help comes from Hashem…”

It is difficult to follow Yaakov’s thought process. He certainly did not doubt that Hashem could provide him with what he needed. Rather, he realized the enormity of the task of reversing his fortunes from his current state of abject poverty. In his humility, he could not see himself worthy of such extreme Divine intervention. But if this is what he was thinking, then what changed his mind? How did reminding himself that “My help comes from Hashem…” make a difference? He never gainsaid Hashem’s ability. It was his own worthiness that he doubted.

What we express in this prayer is our gratitude to Hashem for a plethora of chesed and kindness. We receive this chesed, however, by way of a number of different routes. The most desirable of them is when we can legitimately lay claim to them by Hashem’s own rules. When we act in accordance with His expectations of us – when we can truly call Him “Our G-d,” we are in the best position.

Often, we don’t make the cut. We have merit, but not quite enough. So we count on a boost from the merit of our ancestors – when He is “the G-d of our fathers.”

Sometimes, we remain undeserving, even after an assist from zechus avos. We have still not run out of possibilities, however. Chazal tell us[3] that if we merit, we can point to our creation [in the sense of moshiach, the model human being whose spirit was created on the first day] ahead of even the angels [who were created on the second day]; if we do not merit, then we are johnnie-come-latelies relative to the gnat, which preceded us. The point about the gnat is that it is an example of many items in the vast catalogue of creation which seem to have no important function or purpose. Nonetheless, Hashem finds a place for them, and sustains them. This leaves room for us when we have so little going for us that our actions, nor the merit of our forebears, is sufficient to qualify for our parnassah by carrying our own weight. We can still turn to Him as the “G-d of all flesh.”

This, too, has its limits. While the gnat and its associates are sometimes neutral entities, they don’t destroy the universe like Man does with his evil actions. Man can be of lesser importance than the gnat! And yet, Hashem still finds room to sustain him as “our Fashioner, and the Fashioner of the universe.”

Chazal relate[4] that the ten generations between Adam and Noach, and another ten between Noach and Avraham, brought no satisfaction to Hashem, but kept on angering. That changed with Avraham. “Then he received the reward of all of them.” Now, Avraham earned much reward on his own. Why would he be entitled to reward for the generations that preceded him?

I believe that the one who received the reward of those generations was not Avraham, but Hashem! Think of a person who toils long hours over months and years between the time he plants some vines and his first harvest. The wine he decants is his reward for all the years during which he had nothing to show for his efforts. Similarly, the greatness of Avraham made all the twenty generations that preceded him worthwhile. They were preserved and sustained in order to finally produce the first of our forefathers.

There is no question that Hashem saw that there would be periods of emptiness and of undoing past accomplishments as the human story would unfold. He planned from the very beginning of creation that He would sustain people and generations which have no merit to count on at all, because of some good that would be accomplished in the future, some tzadik that would emerge. Thus, we address Him in Modim DeRabbanan as “our Fashioner, and the Fashioner of the universe,” for the times that none of the other arguments work.

A very humble Yaakov looks at his pitiful state, and finds himself undeserving of a yeshua. He gathers twelve stones, signifying the twelve shevatim. He places them around his head, meaning that he fixes his thought upon them. He reminds himself that Hashem, from the beginning of time, determined that He would sustain people because of what will tzadikim who would emerge in the future.

Becalmed, he was able to lie down and fall asleep.