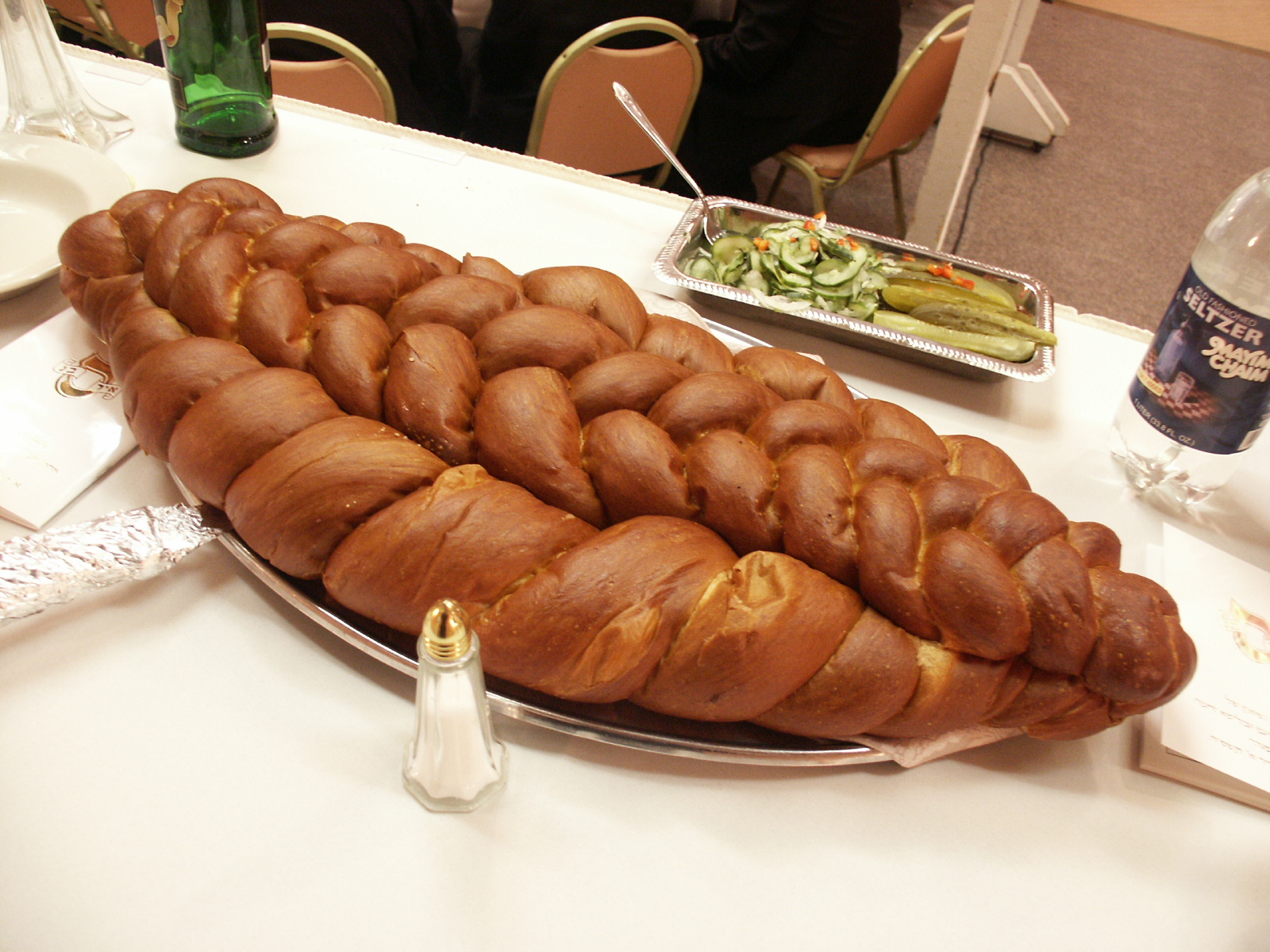 The subject of this class is “challah” – one of three special mitzvot given by Hashem to Jewish women – the other two being Shabbat candles and family purity. Before focusing specifically on challah, a brief overview of these three obligations will clarify what they share in common, and why challah has a place among them. (Challah and candles are obligations for men as well, but if a woman is present, she performs them for him. If no woman is present, a man performs them for himself. Nidah is the only one of the three mitzvot that is exclusively a woman’s).

The obligation of family purity (“nidah”), simply stated includes the laws that govern the physical relationship between husband and wife, elevating this relationship to a spiritual dimension. The obligation of candles (“nerot”) involves kindling lights before Shabbat. And the mitzvah of challah obligates a woman to separate a small portion of her challah dough, burn it and throw away. In Temple times, the separated piece was given to the Kohen – the priest – who had to be in a state of ritual purity when he ate it. Today, we have lost the ability to be ritually pure, but we still continue the practice of separating challah dough. These three mitzvot enable each Jewish woman to bring purity, light and blessing into her surroundings. Because the Torah puts us in charge of the home, our sages tell us that nidah, nerot and challah are tools for bringing Godliness into this realm.

What is accomplished through the mitzvah of challah and why is it a woman’s obligation? In order to best answer this question, we can explore the difference between the taking of challah and several other similar mitzvot – “terumah”, “maaser” and “bicurim” – that also involve separating a portion of food from itself, and giving it away. These latter obligations are related to the harvest, a part of which is given away before the harvest is permitted for general consumption. Terumah, maaser and bicurim take place outside, before the harvest is turned into flour and brought into the home. By contrast, the separation of challah comes after the dough is kneaded, at the end of a process that essentially started with planting the grain crop.

Another distinction is that terumah, maaser and bicurim are performed in the field, traditionally the workplace of the man, whereas challah happens in the home, traditionally the domain of the woman. The mitzvot of the field represent the fruit of a man’s labor; challah the fruit of a woman’s labor. What is the basis of this difference? Field work requires a great deal of faith on the farmer’s part, since his success is so dependent upon nature, beyond his control. When a farmer harvests his crop, he acknowledges his dependence upon and gratitude to Hashem through terumah, maaser and bicurim. It is clear to him that he would have no crop without the harmony of elements – proper rain, soil conditions, etc. – sent by Hashem.

With challah, Hashem’s participation is less apparent. It is the woman’s responsibility to recognize that even her challah, seemingly produced by her own hands, depends completely on Hashem’s blessing. Our sages tell us that in a Jewish home the woman will be a source of blessing for the entire family if she embraces the mitzvah of challah, among other obligations: “A man should always be careful to respect his wife, because the blessing in the home is not there but for her” (Baba Metzia: 59). A home is blessed when the woman recognizes the hand of Hashem in even the least obvious places. Since our job as Jewish women is to bring Godliness into this world by acknowledging that Hashem pervades every facet of our lives, the more we connect to this reality, the more blessing Hashem bestows. Failing to do so detaches us from the ultimate source of blessing. This happens when we take full credit for our accomplishments, rather than acknowledging Divine participation. Through separating challah, we transcend the physical, material and self-controlled aspects of our existence, reconnecting our accomplishments to their source – God.

By revisiting our matriarch Sarah, we gain a fuller understanding of challah and the central role it has always played in Jewish life. The Torah tells us of the blessing in Sarah’s challah dough, which transported it to a spiritual dimension – the realm of Hashem, unrestricted by physical limitations. As a result, Sarah’s challah satisfied each of her guests, no matter how little each ate. Till today, it is the Jewish woman’s task to follow in Sarah’s footsteps, reminding herself through the mitzvah of challah to elevate every aspect of her life and her home.

« Menu for the Soul
Eating Your Way to Self-Esteem: A Jewish Perspective »