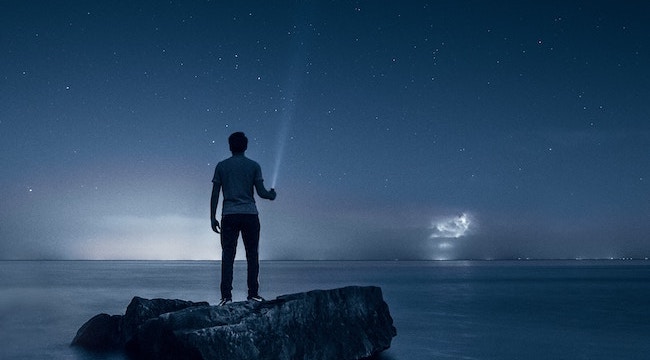 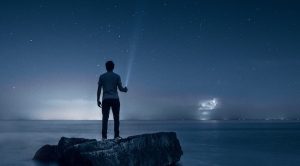 This week’s Parashah include a number of Mitzvot that relate to Middot Tovot / good character traits, most notably (19:18), “You shall not take revenge and you shall not bear a grudge against the members of your people; you shall love your fellow as yourself — I am Hashem.” For the most part, however, the Torah does not speak expressly about Middot. R’ Nosson Lewin z”l (1857-1926; rabbi of Rzeszów, Poland) explains:

Middot are not discussed expressly in the Torah because, unlike Mitzvot, the proper use application of Middot differs from person to person and from situation to situation. A Middah that is appropriate for one, is not appropriate for another. Even for the same person, different circumstances call for different Middot.

For example, R’ Lewin writes, Hashem despises the trait of Ga’avah / haughtiness. Nevertheless, there are times when a person needs to remind himself how important he is in order to inspire himself to serve Hashem. If the Torah had said expressly, “Do not be haughty,” or do not practice some other negative trait, that would create a blanket prohibition, and the Middah in question could never be used for any purpose.

All the same, R’ Lewin notes, Middot must be applied through a Torah lens. A Midrash offers a parable: If a person walks in the dark, he will stub his toe on a stone or he will fall into a cesspool. But, when he has light, he can avoid these obstacles. Similarly, says the Midrash, a person who walks by the light of Torah avoids obstacles, while a person who walks in the dark, without Torah, will stumble. This Midrash is teaching, concludes R’ Lewin, that a person’s choice of Middot in a given situation must be guided by the light of Torah. (Bet Nadiv p.78-79)

The Gemara (Shabbat 14a) teaches: If one holds a Sefer Torah “naked” (i.e., with his bare hands, not through a cloth), he will be buried “naked” — bereft of reward for whatever Mitzvah he was performing at the time (e.g., learning Torah or Gelilah / rolling the Torah). To discourage people from touching Sifrei Torah bare-handed, the Sages decreed that hands that touch a Sefer Torah are Tamei / ritually impure and impart Tum’ah to sanctified food that they subsequently touch. [Until here from the Gemara]

R’ Yehuda Loewe z”l (Maharal of Prague; died 1609) writes: One might ask, “It is laughable [Maharal’s word] that something that has no Tum’ah (a Torah scroll) can impart Tum’ah!” However, we find a precedent for this in the case of Nadav and Avihu, the sons of Aharon. The Midrash Rabbah states that they entered a holy place without the proper garments, they died, and they were Tamei. We see that whenever a person approaches something that he should not approach, he creates Tum’ah in himself. The Tum’ah does not come from the Sefer Torah or from the holy place. (Chiddushei Aggadot)

What is wrong with touching a Sefer Torah bare-handed? Maharal explains:

A person’s physical body is merely a “garment” that conceals his true self — the spiritual soul. Likewise, the Torah as we know it — a book of Mitzvot that we perform with our physical bodies in a physical world — is merely a “garment” concealing deep and lofty inner meaning. The only way we can “grab hold” of the Torah is through a “garment,” i.e., through the physical manifestation of Mitzvot performed with our physical bodies in a physical world. We can never “touch” the essence of the Torah and, paralleling this, we may not touch a Sefer Torah bare-handed. (Tiferet Yisrael ch.13)

R’ Moshe David Valle z”l (Italy; 1697-1777) writes: We live in a physical world and, therefore, it is decreed that everyone must perform deeds of some kind. Nevertheless, says that Torah, do not choose to perform wasteful deeds as the nations of the world do, deeds that have no eternity. Rather, choose holy deeds, deeds that build eternity. What are those deeds? The next verse explains: “Carry out My laws and safeguard My decrees to follow them; I am Hashem, your Elokim.” (Avodat Ha’kodesh)

“You shall not take revenge and you shall not bear a grudge against the sons of Amecha / your people.” (19:18)

R’ Pinchas Halevi Ish Horowitz z”l (1731-1805; rabbi of Frankfurt am Main, Germany) asks: Why does the verse say “against the sons of your people,” rather than “against your people”?

He explains: The word “Amecha” is always interpreted by our Sages to refer to a person who is behaving in accordance with the Torah. For example, the Torah says (Shmot 22:27), “You shall not curse a leader B’Amcha / among your people,” and our Sages interpret this as a prohibition to curse a leader as long as he behaves the way “your people” should behave.

R’ Horowitz continues: Our Sages illustrate the prohibitions in our verse by saying, “If someone refuses to lend you a tool that you need, do not take revenge by refusing to lend him a tool that he needs. And, if someone doesn’t lend you a tool that you need, do not bear a grudge and say, ‘I will nevertheless lend you a tool that you need because I am not like you’.” Now, a person who refuses, without a good reason, to lend his tools to others is not behaving as a Jew should behave; he arguably is excluded from “Amecha.” Thus, had the Torah said, “You shall not take revenge and you shall not bear a grudge against Amecha / your people” (leaving out “the sons of”), I would think that I could take revenge or bear grudge against that person. However, says the Torah, he is still “the son of” your people, the son of that great master of Chessed / kindness, Avraham Avinu. In that merit, do not take revenge or bear a grudge. (Panim Yafot)

The anonymous sage known only as “a Levi from Barcelona” (Spain; 13th century) explains: One should not say, “My bread fell from my mouth,” “My walking stick fell from my hand,” “An animal crossed my path,” or the like, and therefore I will change my plans. Such things, he writes, are absolute lunacy and foolishness, and it is not appropriate for the holy nation to engage in such falsehoods. Moreover, such beliefs drive a person away from believing in Hashem and His holy Torah, and they lead to heresy, for a person will think that the good or bad that happens to him is a coincidence, not Hashgachah / directed and supervised by G-d. As a result, a person will leave the faith entirely. Therefore, because Hashem wants only what is good for us, He has commanded that we fix in our hearts the belief that all bad things and good things that happen to us are from Him, in response to a person’s own actions. (Sefer Ha’chinuch #249)

[The Gemara wonders how the Berachah on Mitzvot D’Rabbanan/ commandments of Rabbinic origin — for example, Chanukah candles — can include the words, “He commanded us.”] Where did Hashem command us [to observe Mitzvot D’Rabbanan]? Rav Avia says, “In the verse (Devarim 17:11), “You shall not deviate [from the word that they — the Sages — will tell you, right or left]’.” Rav Nechemiah says, “In the verse (Devarim 32:7), “Ask your father and he will relate it to you, and your elders and they will tell you.” (Shabbat 23a)

R’ Avraham Yitzchak Hakohen Kook z”l (1865-1935; first Ashkenazic Chief Rabbi of Eretz Yisrael) explains: The Mitzvot are intended to accomplish a lofty Divine purpose that includes within it all the good that the future will bring. The way a person reaches that future world is by observing the minute details of the Mitzvot.

R’ Kook continues: Surely, the Mitzvot D’Rabbanan serve a similar purpose. However, even the greatest human mind cannot fathom the amazing future that awaits, such that a human being could formulate Mitzvot that accomplish the same thing as G-d’s Commandments. Therefore, the Gemara is asking, how do Rabbinic Mitzvot further Hashem’s plan, and how do they fit into the overall scheme of the Torah?

The Gemara answers, explains R’ Kook, that our passage to the future world requires the Jewish People to attain material and spiritual perfection. And, just as we have a role in formulating the Oral Law [by interpreting the Written Law using the principles Hashem gave Moshe], so we (through our Sages) can look inside ourselves and find ways to further our attainment of perfection. Doing so can take two forms: (1) making decrees to address our immediate spiritual needs, and (2) making sure we stay connected to our roots. Each of the Sages quoted in the Gemara alludes to one of these: (1) listen to what the Sages tell you, and (2) stay connected to your parents and elders. (Ain Ayah)