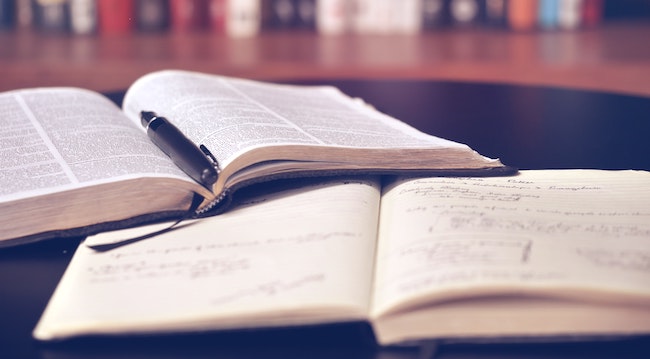 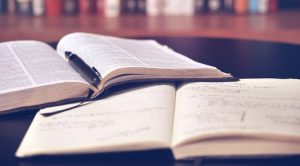 R’ Yitzchak Arama z”l (Spain; died 1494) explains: Of course, one must perform each Mitzvah even if he does not know its reason. In such a case, his intention should be to fulfill the will of G-d, and, in that merit, he will be among those who “enter the King’s palace.”

However, continues R’ Arama, those who can delve into the reasons for the Mitzvot will derive an added benefit. For them, a Mitzvah will continue to serve its purpose even after active performance of the commandment has concluded. For example, he writes, the Torah commands us to help our enemies load their donkeys [or, in modern terms, to help an enemy load groceries into his car]. The reason for this Mitzvah, our Sages teach, is that such an act helps eliminate our feelings of hatred toward the beneficiary. In a literal sense, this Mitzvah can be performed only when the enemy’s donkey needs loading. However, knowing the Mitzvah’s message, i.e., that eliminating hatred is something the Torah values, enables a person to work toward that goal in other ways as well.

In this sense, R’ Arama writes, the sacrificial service has not been lost to us. True, actual Korbanot are not being offered when we have no Bet Hamikdash. Nevertheless, King David writes (Tehilim 51:19), “The sacrifices G-d desires are a broken spirit; a heart broken and humbled.” When a person remembers the Korbanot, he can subdue himself before G-d in all areas, just as he would do when bringing a sacrificial offering. This is what the Gemara means when it says that learning about the Korbanot is like offering them — both activities can have the same beneficial effect. (Akeidat Yitzchak: Sha’ar 51)

At the end of last week’s Parashah, we read (Shmot 40:35), “Moshe could not enter the Ohel Mo’ed, for the cloud rested upon it, and the glory of Hashem filled the Mishkan/ Tabernacle.”

R’ Shlomo Kluger z”l (1785-1869; rabbi of Brody, Galicia) asks: What was the purpose of placing the cloud over the Mishkan preventing Moshe from entering, only to then call Moshe into the cloud? If Hashem had not blocked entry into the Mishkan with a cloud, He would not have needed to invite Moshe inside!

R’ Kluger explains: Hashem did this because Moshe felt bad that he had not donated anything to the Mishkan. By blocking entry to the Mishkan and then allowing only Moshe inside, Hashem demonstrated how beloved Moshe was to Him. This explains, as well, why our verse notes that Hashem spoke to Moshe “from the Ohel Mo’ed.” It means that Hashem spoke to Moshe because of Moshe’s feelings about the Ohel Mo’ed. (Chochmat Ha’Torah: Vayikra p.84)

What is this Midrash teaching? R’ Eliezer Dan Ralbag z”l (1832-1895; Yerushalayim) explains: The offering spoken of in our verse is a Korban Olah / burnt offering, which even a non-Jew may bring to the Bet Hamikdash. Why, then, does our verse say, “Speak to Bnei Yisrael” — to the exclusion of gentiles?

The Midrash answers, explains R’ Ralbag: Bnei Yisrael are Hashem’s most precious son. Therefore, says Hashem, “Whenever I speak, Bo” — I speak of him and to him, even though the Halachah in question is relevant to non-Jews as well. (Damesek Eliezer)

“If the sin that he committed becomes known to him, he shall bring as his offering a she-goat . . .

R’ Yitzchak Menachem Weinberg shlita (Tolna Rebbe in Yerushalayim) writes: This is the only context in the Torah in which a goat is mentioned before a sheep. From this, we can learn a very profound lesson.

The Gemara (Sotah 32a) teaches: Why did our Sages establish the silent recitation of Shemoneh Esrei? In order not to embarrass sinners. [Rashi z”l: So no one will hear others confess their sins.] From where did the Sages learn to do this? From the fact that the Torah does not distinguish between the Olah / burnt-offering and Chatat / sin-offering. [Rashi: Both are slaughtered north of the altar in the Bet Hamikdash, such that an onlooker cannot tell whether any individual Jew is bringing an Olah, which is a voluntary offering, or a Chatat, which is a sin offering.]

The Tolna Rebbe explains: Hashem has compassion on sinners so that they need not be embarrassed. As noted, when a sinner comes to the Bet Hamikdash, bystanders cannot tell that he is bringing a Chatat. Sadly, he writes, people would talk if they knew. Aside from the embarrassment this would cause, it is likely that the person’s children would have trouble being accepted into schools and Yeshivot and, ultimately, would have difficulties with Shidduchim. [As should be clear, the Tolna Rebbe is bemoaning certain attitudes that are widespread today.] Therefore, the Torah has compassion and allows a sinner to bring a sheep as a Chatat, further allowing him to blend in with those bringing voluntary Olot.

On the other hand, continues the Tolna Rebbe, the Torah permits one to bring a goat (which cannot be brought as an Olah) as a Chatat. A penitent might want the embarrassment that would accompany bringing a goat, feeling that the humiliation will bring atonement for his sin. Indeed, the Torah mentions a goat-Chatat before a sheep-Chatat to emphasize the greater level of atonement that results from the former choice, precisely because the one who brings a goat accepts the accompanying humiliation.

Rabbeinu Asher z”l (1250-1327; Germany and Spain; one of the three pillars of Halachah on whose works the Shulchan Aruch is based) writes: Trust in Hashem with all your heart and believe in His Hashgachah Peratit/ Divine Providence [explained below]. In this way, you will fulfill in your heart the complete Yichud / Oneness [also explained below], i.e., when you believe that His Eyes roam the entire world, watching all the ways of man and examining man’s heart and man’s thoughts. On the other hand, one who does not believe (Shmot 20:2), “He is the One who has taken you out of the land of Egypt, from the house of slavery,” also does not believe (ibid.), “I am Hashem, your Elokim.” That person has not made a complete Yichud. This is the uniqueness of Yisrael over all other nations, and this is the foundation of the entire Torah. (Orchot Chaim No. 26)

R’ David Cohen shlita (Rosh Yeshiva of the Chevron Yeshiva in Yerushalayim) explains: Rabbeinu Asher is teaching that the Mitzvah of believing in the Yichud / Oneness of Hashem, the Mitzvah found in the first verse of the Aseret Ha’dibrot, has two parts: believing in Hashem’s existence and believing in His Hashgachah Peratit / Divine Providence. Hashgachah Peratit means that Hashem’s Eyes roam the entire world, watching all the ways of man and examining man’s heart and man’s thoughts, and that He conducts the world in accordance with man’s actions, giving each person positive or negative consequences as appropriate. [The latter follows logically from the fact that He is watching, since He must be doing so for a reason.] One’s Emunah / faith is incomplete unless it includes both matters. If one believes that Hashem exists but does not believe in Hashgachah Peratit, his Emunah is incomplete. From where do we learn that Hashem watches man’s actions and reacts accordingly? From the events of the Exodus. (Mizmor Le’David I p.153)