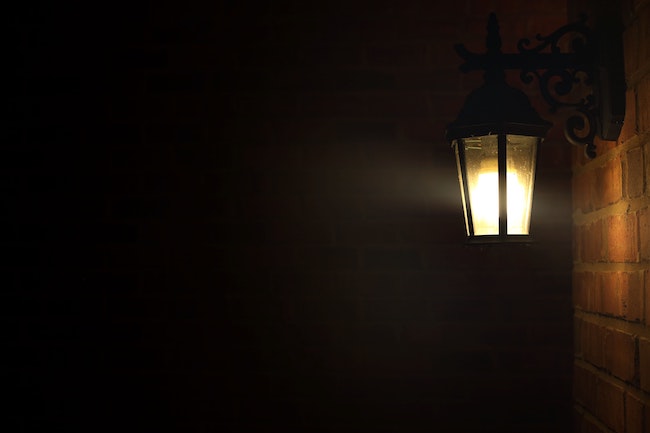 Keep the Light On! 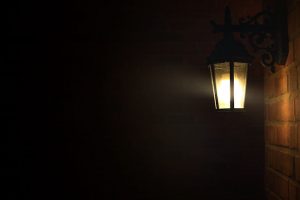 The excitement and inspiration of Elul, the High Holidays, Sukkot, and Simchat Torah tend to wane very quickly once we resume our normal schedules. What can we do to build on the feelings we had during the weeks that have just passed?

R’ Yitzchak Morgenstern shlita (Rosh Yeshiva of Yeshivat Torat Chacham in Yerushalayim) answers: The spiritual “light” that we experience during the holidays is the light of Hashem Himself, so-to-speak, a spark of the Divine. That light is revealed to us during the holidays themselves and through the many Mitzvot that we perform on those days.

It follows, R’ Morgenstern continues, that even if the holidays are gone, the light is never gone, for Hashem always exists and is always present. The light that appears brightly during the holidays is a momentary flash in the darkness, allowing our souls to sense what we are lacking and to know what we should be searching for all year round in our Torah study, Tefilah, and Divine service. Put another way, the holidays are not really gone, as they remain with us as tools we can use to reach higher levels. That, after all, is our goal: to merit closeness to Hashem not only on holidays and special occasions, but every day and in all circumstances. True, it is easier to experience the light during the holidays, because it is more revealed then; that is why they are called (Vayikra 23:2), “Mikra’ei Kodesh” / “holy convocations.” But, by continuing to engage in intense Torah study and prayer, building on the holidays, one can merit to experience that light year-round. (Bayam Derachecha: Elul – Yerach Ha’etanim p.19)

“This is the account of the descendants of Adam — on the day that Elokim created Man, He made him in the likeness of Elokim. He created them male and female. He blessed them and called their name Man on the day they were created.” (5:1-2)

The Talmud Yerushalmi (Nedarim 9:4) teaches: “You shall love your fellow as yourself” (Vayikra 19:18) — Rabbi Akiva says, “This is a great principle of the Torah.” [The sage] Ben Azzai says, “‘This is the account of the descendants of Adam’ is a great principle.” [Until here from the Yerushalmi]

What important principle does Ben Azzai see in our verses? R’ Yosef Shaul Nathanson z”l (1808-1875; rabbi of L’vov, Galicia and leading Halachic authority) explains: Ben Azzai is not arguing with Rabbi Akiva. In response to Rabbi Akiva’s teaching that “You shall love your fellow as yourself” is a great principle of the Torah, one might argue: “But, I am so different from my fellow! How can I love him as myself?” To this, Ben Azzai answers: The word “Elokim” is a plural form, representing the many powers that G-d possesses and the large variety of forces that emanate from Him. Nevertheless, G-d is the most simple (as opposed to “compound”) indivisible oneness that can exist. Likewise, Elokim created Man as male and female–separate and different, yet one.

It emerges that “You shall love your fellow as yourself” is not just a Mitzvah that we are commanded to observe. Rather, man was created as part of a group, all of whose members together make up the complete creation. That is what Ben Azzai proved from our verses. (Quoted in Yibaneh Hamikdash p.27)

R’ Gamliel HaKohen Rabinowitz-Rappaport shlita (Rosh Yeshiva of Yeshivat Sha’ar Ha’shamayim in Yerushalayim) writes: This week’s Haftarah opens with a reference to Hashem as the Creator and Provider of sustenance, which alone makes it a fitting selection to be paired with this week’s Parashah. In addition, the Haftarah is appropriate because it speaks of the ultimate Redemption–an important reminder and source of encouragement as we begin the new year. (Tiv Ha’haftarot)

“So said the Kel, Hashem, Who creates the heavens and stretches them forth, spreads out the earth and what grows from it, gives a Neshamah / soul to the people upon it, and a spirit to those who walk on it.” (Yeshayah 42:5–from the Haftarah)

He explains: The leaders of any given generation generally are of a lower stature than the leaders of prior generations. Indeed, upon the very first transition of power in Jewish history, the elders complained (Bava Batra 75a), “Moshe’s face was like the sun; Yehoshua’s face is like the moon.” This diminishment could cause embarrassment to a leader, for the people would attribute his lower stature to his own presumed unworthiness. Therefore, Hashem created the heavens before the earth, demonstrating that it is a rule of nature that what comes earlier is more elevated than what comes later.

R’ Kluger continues: This is alluded to in our verse–Hashem first “creates the heavens and stretches them forth,” then “spreads out the earth and what grows from it.” Why? Thereby, He “gives a Neshamah to the people upon it, and a spirit to those who walk on it,” i.e., He breathes new life into people who would otherwise be depressed by the relatively lower stature of their leaders. (Chochmat Ha’Torah: Shema Shlomo p.598)

Why is our verse in present tense (“Who creates the heavens . . .”) when the world was created in the past? Also, why does Hashem identify Himself as the Creator in a passage speaking about the ultimate Redemption?

R’ Shmuel Laniado z”l (Turkey and Syria; died approximately 1610) explains: When the world was created, everything functioned as intended at first. Then, existence was cursed because of mankind’s sins. When Mashiach comes, the world will again function as it was meant to. Thus, in a sense, Creation is ongoing, with the coming of Mashiach being the culmination of that process.

R’ Laniado continues: This will come about, says the second verse of the Haftarah, because “I am Hashem; in righteousness have I called you and taken hold of your hand; I have protected you and appointed you to bring the people to the covenant, to be a light for the nation.” This verse is spoken to Mashiach, so-to-speak. Hashem will “hold his hand” and elevate him in stature so that, upon recognizing his wisdom, all the nations of the world will be enlightened and will choose to acknowledge Hashem, as we read in the third verse: “To open blinded eyes, to remove a prisoner from confinement, dwellers in darkness from a dungeon.” (Kli Paz)

This year–a Shemittah / sabbatical year, when agricultural activities in Eretz Yisrael are restricted and certain loans must be forgiven by lenders–we will iy”H devote this space to discussing Bitachon / placing one’s trust in Hashem.

We begin with sources identifying a connection between Shemittah and the trait of Bitachon.

“If you will say, ‘What will we eat in the seventh year?’” (Vayikra 25:20): Rabbi Yehuda related this to the verse (Tehilim 37:3), “Trust in Hashem and do good; dwell in the land and nourish [yourself] with faithfulness.” A person should always take care to recognize that all his affairs are dependent on the Creator. Whether one is living in tranquility or amidst suffering, he should attribute everything to its Ultimate Source and not to the apparent immediate cause, so that he will be completely faithful to his Master. (Zohar: Parashat Behar 110b, with the commentary Matok Mi’dvash)

The anonymous sage known only as “a Levi from Barcelona” (Spain; 13th century) writes: Among the foundations of this Mitzvah is to establish in our hearts and implant firmly in our minds the fact that the world has a Creator. “For in six days Hashem made the heavens and the earth” (Shmot 20:11), and on the seventh day He did not create anything. Rather, He wrote about Himself that He “rested,” so-to-speak. In order to uproot from our thoughts the idea that the world has always existed, we count six years and rest in the seventh year, just as we do with regard to the days. This reminds us that it is not because of nature that the Earth produces fruit, but rather because the world has a Master.

Another benefit of this Mitzvah [which requires a person to declare his produce ownerless and to forgive loans that he has made] is that it teaches a person to be ‘mi’vatter’ / relaxed and forgiving about his property, [and to be generous,] for there is no greater benefactor than one who gives with no expectation of reward.

Also, there is another benefit, which is that a person will increase his Bitachon in Hashem. If one finds it in his heart to declare ownerless, free for everyone, all of the produce of the land he inherited from his fathers, and he accustoms himself and his family to do this throughout the days of his life, he will never be stingy and he also will never lack Bitachon. (Sefer Ha’chinuch: Mitzvah 84)