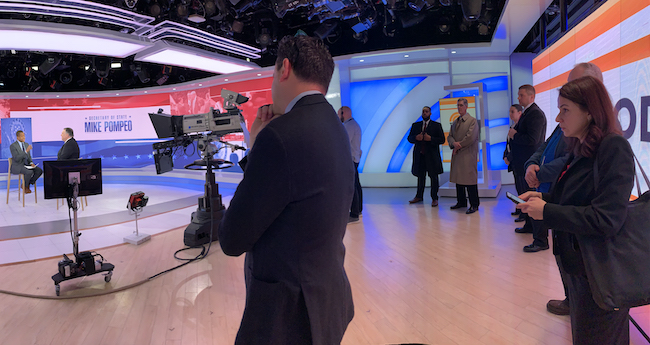 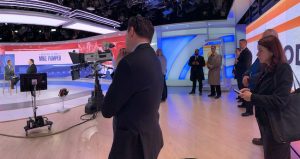 Today. It’s a powerful word. It is used by doctors to define the exact moment their patients are to stop over-indulging, smoking, and drinking. It is used by account receivables to exact when they want their bills paid. Most importantly, it used by the Torah in describing what it wants from our attitudes.

This week the Torah portion tells us, Deuteronomy: 26:16: “Today Hashem commands you to perform these decrees and statutes.” There is obviously a deeper connotation. The commandments were not given on the day that Moshe is reading this week’s portion. They were given forty years prior. Rashi quotes the Midrash Tanchuma: “Every day the Torah should appear to us as if it were given today.” Thus, forty years later Moshe commands his people that today Hashem commanded us to observe the Torah.

With that beautiful interpretation of “today,” in mind, I would like to shed a new perspective on a verse at the very end of this week’s portion.

Moshe calls the nation together and reminds them of the miraculous events that transpired during the exodus from Egypt. He discusses (Deuteronomy 29:1-3), “the great wonders, signs, and miracles that your eyes beheld.” Then he adds something shocking. “But Hashem did not give you a heart to understand or eyes to see until today.”

What can the word “today” mean in this context? Did the Jewish nation not have the heart to appreciate the value of splitting the Red Sea forty years back? Did they not revel in the miracle of Manna from its first earthly descent decades previously? How can Moshe say that they did not have eyes to understand until today?

Rav Chaim Shmulevitz once gave an ethical discourse on inspiration and outcome. He told the story of three friends who were discussing the diligence of Talmudic sages of yesteryear. Upon hearing of the of one particular Gaon’s remarkable achievements derived through tremendous constancy and unrelenting Torah study, one of the boys ran straight from the table to the Bais Medrash (Study Hall) where he began a marathon of Talmudic learning. For one year the young man refused to speak anything but Torah. He eventually became one of the leaders of his generation.

After the eloquent story, one of Rabbi Shmuelevitz’s students asked him, “I think the story was amazing. But the boy who ran from the table forgot to bentsch (say grace after meals)!”

Rav Chaim smiled at the pointed question. Then he nodded. “You are right. He did not bentsch. But had he stopped to recite the grace after meals along with its required preparations, he would never have returned to the Bais Medrash with the same enthusiasm.”

Perhaps Moshe is telling his nation the secret of eternal inspiration. One may experience miraculous events. He may even have the vision of a lifetime. However he “will not have the heart to understand or the eyes to see” until that vision is today. Unless the inspiration lives with him daily, as it did upon the moment of impact.

Whether tragedy or blessing, too often an impact becomes as dull as the movement of time itself. The promises, pledges, and commitments begin to travel slowly, hand-in-hand down a memory lane paved with long-forgotten inspiration.

This week Moshe tells us that even after experiencing a most memorable wonder, we still may, “not have the heart to discern nor the eyes to see.” Until we add one major ingredient. Today.