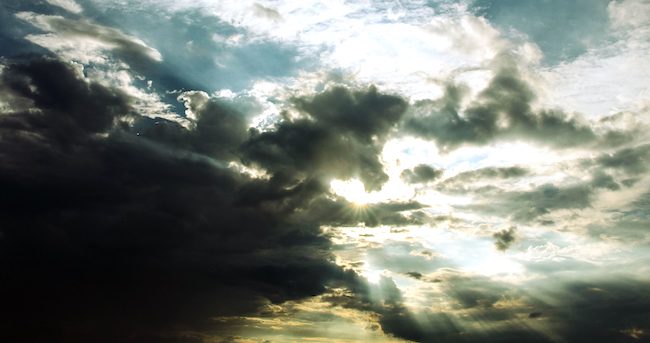 Good and Bad Together 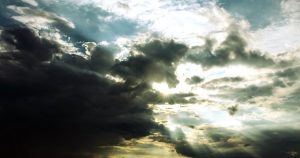 THESE TWO PARSHIOS begin the laws regarding spiritual impurity. The first one is that which results from birth, and the second is the impurity that accompanies tzara’as, the “leprosy” God sends a person primarily for speaking loshon hara about another. The entire discussion is clearly about the afflicted, which raises the question why the Torah momentarily deviates to speaking about bris milah:

It’s not as if there are no other places to talk about the all-important mitzvah of bris milah. And even if the first time it was commanded by God to Avraham Avinu at the age of 99, it was pre-Torah, could it not have been repeated post-Torah in a “purer” discussion. It just seems to be incidental here.

But, as is the case with most chukim, once we have a chok we can figure out, somewhat, why it exists. Knowing it tells us something about Creation that we were not aware of. Investigating the mitzvah and its details provides additional insights. It’s like using an answer to figure out a question you otherwise wouldn’t have had, but should have.

Take birth, for example. If anything represents life, it is birth. Physically it is exhausting, and can even be dangerous for both the mother and the child. But why should a woman who has just given birth become spiritually impure, and why for only seven days after a son and 14 days after a daughter?

The parah adumah—red heifer—is the best example of this. It is not that hard to find a sacrifice fitting to offer to God. But the specifics of a kosher red heifer for the mitzvah are so particular that there will only be 10 altogether throughout history. We’re still looking for the tenth, and finding it means that Moshiach is here.

One particularly confusing aspect of the parah adumah is how it is used to purify someone who has come into contact with the dead, and yet, it makes the kohen who performs the procedure impure in the process. That’s like two people using the exact same water from different taps simultaneously, and one becoming clean while the other becomes dirty. How does that work?

HAVE YOU EVER learned something new that completely upended your idea of reality, or a certain aspect of it? Only the brave learn how to adjust to the new reality, the rest of the people choosing cognitive dissonance instead to comfortably perpetuate the “lie” they are used to.

There are at least two amazing and scary aspects to this. The first is how long a person can live with the wrong idea about something as if it is correct, and make life “work.” The second is how many people would rather fight than switch, arguing a point that to everyone else is clearly outdated or completely wrong.

Take reality itself, for example. Mankind grew up believing that reality was exactly as it appeared, objectively. It took millennia to discover that it appears to everyone differently, and that it doesn’t really take definite shape until the person observing it takes note. Some of the ideas about the fabric of reality are so bizarre that even a mind as great Albert Einstein had difficulty accepting them as true at first, or at all.

The average person takes so much for granted, but every so often we find out the hard way that is unsafe to rely on all of our assumptions about people and things. It is not that uncommon to find out that something we thought was impossible was in fact the reality, and vice-versa. Most of the inventions we enjoy today as matter of course, were the product of what were once assumed to be overly active imaginations.

Since then, there have been books written and movies made that have explored some of the possibilities, calling into question what we call reality. Once relegated to only the Sci-Fi department, many things have since been proven to have been ahead of their time, and closer versions of the truth than what the average person lives according to.

This is the underlying meaning of the following account in the Talmud:

Once on a Friday night [Rebi Chanina ben Dosa] noticed that his daughter was sad and asked her, “My daughter, why are you sad?”

She answered, “My oil container got mixed up with my vinegar container and I lit Shabbos candles with it.”

He told her, “My daughter, why should this trouble you? He Who commanded the oil to burn will also command the vinegar to burn!”

A Tanna taught: The light continued to burn the whole day until they used its light for Havdalah. (Ta’anis 25a)

Clearly there was a natural difference between vinegar and oil for the daughter of Rebi Chanina, as there is for us today. This fact of life had been born out countless times every time someone tried to treat them the same. They do not taste the same, smell the same, or function in the same manner. So why, Rebi Chanina’s daughter complained, was the vinegar burning like oil?

Her father’s answer was short and to the point, and yet extremely profound. Interjecting “He Who commanded” into the discussion smashed the mirror of physical illusion to reveal that reality only seems fixed. In truth, it is quite flexible, able to change completely at a moment’s notice if God tells it to.

It was a powerfully spiritual insight about the physical world. If something tastes terrible, it can’t taste good to a person bound by the Laws of Physics. You can’t go up and down at the same time in the physical realm, it seems. Unless, of course, the physical realm is not as physical as it has convinced us it is.

WE HAVE A word for it: irony. It’s what we call things that technically speaking should not occur together but do anyhow. Ironically, it can be the bad thing that leads to the good thing, or vice-versa. Ironically, something positive can come out of something very negative.

Take the splitting of the sea, for example. On the surface of it, the Jewish people needed a big miracle to escape the pursuing Egyptian army, so God split the sea to make a path to freedom for them. The sea split, the Jews crossed it on dry land, and the Egyptians who followed them drowned in its waters instead. Then we sang a song of praise to God, and moved on.

Kabbalah begs to differ about the simplicity of it all. On the contrary, it was quite complicated. The spiritual scenario necessary to save the Jewish people did not match the one on the ground. It was going to take a lot of Divine light to save them, but they lacked the merit to access it and draw it down. They should have either drowned or have been wiped out by Pharaoh’s army.

Obviously neither happened. Then what did?

Redemption, but at a cost.

Without significant background in kabbalah, it is hard to understand the technical details. But simply put, in this imperfect period of history of ours, you have to give a little to get a lot. You have to go a little backwards to go forwards. Good happens, but sometimes against a backdrop of not-so-good. The Jewish people were saved, but not without the reality of impurity benefitting from the light that came down, making it stronger as the Jewish people went free…for now.

This is, ultimately, the difference between the two types of redemption described in the Talmud, achishenah—early, and b’ittah—in its time (Sanhedrin 98a). Both result in redemption, except the early one is earned through sufficient good deeds, and the second one is carried out by God because it is necessary at a time the Jewish people haven’t deserved it.

Bris Milah, the symbol of our eternal covenant with God and a tremendous source of celebration, happens against a backdrop of spiritual impurity. It’s not an impossible reality, but a likely one until Moshiach comes. Knowing this is a great asset, and a redeeming perspective on history.

THIS WAS NOT the reason for this week’s dvar Torah, but ironically, it does fit in. This week Jews around the world will celebrate Yom Ha’atzmaut, Israel Independence Day. But it will occur, as it does each year, against a backdrop of death and mourning. It is also the time when we recall the deaths of the 24,000 students of Rebi Akiva, even observing some laws of mourning as a result.

What does that say about Yom Ha’atzmaut in the end, many who oppose the day ask, and they use this as “proof” that it is not a God-sanctioned day. They need only look, however, at this week’s parsha, as well many other similar historical “contradictions,” to see that the overlap of the happy and the sad does not negate either, when it comes to Jewish history. Quite the contrary: that is often the way so many good things in Jewish history have occurred.

It obviously does not mean that halachos can be broken to observe or celebrate the day, even rabbinic ones. But it also doesn’t mean that negaters of one of the most significant days in modern Jewish history should be treated as just the opposite; both viewpoints over-simply the issues and Jewish history. Tragically, so many people do.

We say in Hallel, “The stone that the builders rejected was the cornerstone.” Dovid Hamelech wrote this about himself, and his life was a perfect example of all of it. Rejected by just about everyone in his generation, including his own father and Gadol Hador, as the opposite of royalty, God had him in mind to be king from the beginning.

You know what makes fairytale endings so enjoyable? They come after a non-fairytale beginning. The eventual hero or heroine usually starts off as just the opposite before unexpected events turn the situation on its head. And they will again, and very soon, b”H. You can be sure that once the redemption comes, there will be plenty of surprises and unexpected endings.

But as Dovid Hamelech also wrote, “The secrets of God to those who fear Him” (Tehillim 25:14). This means that if you don’t want to be one of the surprised and shocked, fear Him now, and learn the secrets of God in advance of their revelation. It opens important doors to being His partner in redemption, not just another obstacle to it.