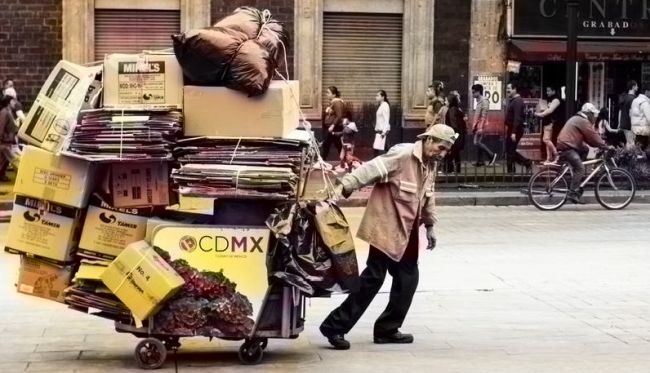 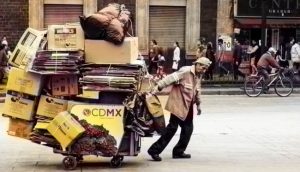 This week the Torah teaches us the laws of ma’aser sheni. Ma’aser sheni constitutes a tithe in which the apportioned produce is consumed by the owner. It is not necessarily distributed to the poor or the Levite like other tithes. However, there is one requirement. The entire tithe must be eaten in Jerusalem. That being the case, the owner of 10,000 bushels would have to haul 1,000 bushels to Jerusalem to be eaten. That may be quite a difficult task. So the Torah has a way out.

“And if the road will be too long, because you will not be able to carry it (the produce) as the place where Hashem chose to rest His name is far from you(r home) – then you may exchange (the produce) for money. You shall take the money instead to Jerusalem and spend it on, cattle, flocks, wine or other alcoholic beverages whatever your heart desires and eat it before Hashem (in Jerusalem) and rejoice with your family” (Deuteronomy 14:24-26).

Thus the Torah teaches us that the owner can redeem the produce through money and spend the money on any food items in Jerusalem, avoiding an arduous chore of shipping the food to Jerusalem. The money will help stimulate the economy of the Holy City, thus establishing a protocol that has lasted centuries – supporting the merchants of Jerusalem.

Yet if you analyze the actual wording in the Torah you will notice something strange. The Torah does not say, “if you will not be able to carry it because the road will be too long, then you can redeem the fruit with money.” The Torah seems to reverse the cause and effect. It tells us that “if the road will be too long, because you will not be able to carry it…” (Deuteronomy 14:24). It seems that the Torah is saying that the road is long because you cannot carry it. Isn’t the opposite true? If the road is long, it is not _because_ you cannot schlep, you _cannot_ schlep because the road is long. Why did the Torah reverse the phrase? Perhaps the Torah is telling us a subtle message.

Rabbi Moshe Feinstein once met an affluent Jew whose father came to these shores long before laws were passed to guarantee that a person could remain Shabbos-observant in the workforce. The man’s father went from job to job, having been told not to report on Monday if he would not come to work on Saturday. The old man was persistent and never desecrated the Shabbos. Yet his son was not observant at all.

Reb Moshe asked him point blank. “Why is it that your father kept the mitzvos with great sacrifice, but you did not follow in his footsteps?”

The businessman answered with complete honesty. “It’s true that Pop did not miss a Shabbos or even a prayer. But before he did a mitzvah he would give a krechtz and declare, ‘Oy! Iz shver tzu zain a frummer yid (It is terribly hard to be an observant Jew!)’ After years of hearing my dad complain, I decided that the burden would be too much for me to bear. I decided never to permit myself to attempt those difficulties and I gave up religious observance.”

After hearing this story, I thought, homiletically, that perhaps the Torah is telling us an important message in the psyche of mitzvah observance. “The road will be too long, because will not be able to carry it.” No one says the road is too long because of sheer distance. It is too long because you do not want to carry the load. If one, however, carries his package with joy then the road is not a long one. If one decides that he is carrying a heavy burden, then the road, no matter the distance, will always be to long.

Rabbi Feinstein commented that no matter how difficult a mitzvah seems, if one observes it with a smile, with joy and with pleasure, he will be able to carry the mitzvah for long distances. He will not only carry it a long distance him or herself, he will carry it for generations to come.