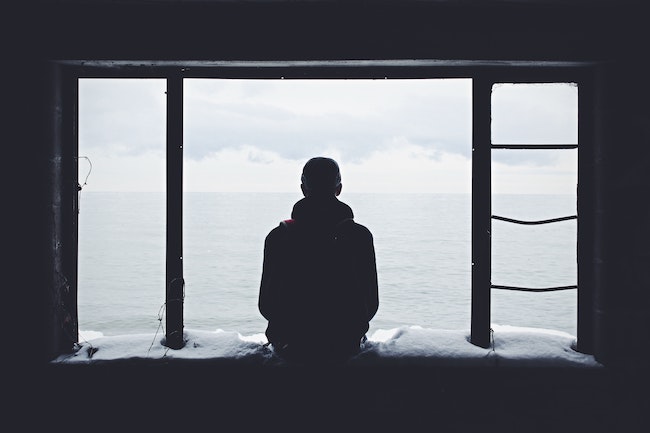 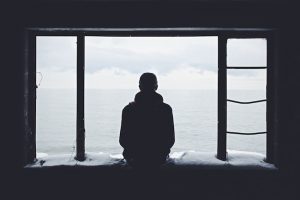 There is a fascinating paradox that relates to the laws of tzora’as, the spiritual malady, a skin discoloration that affects those who gossip. On one hand, only a kohen can either pronounce a state of impurity or purity. On the other hand, the afflicted man is in control of his own destiny. The Gemarah tells us that if, for example, the afflicted man removes the negah, whether it is hair or skin, then he is no longer tamei. So this affliction, which is purely spiritual in nature, a heavenly exhortation to repent from nattering ways, is basically toothless. If the man wills it, he can refuse to go to the kohen and not be declared tamei. And if he so desires, he can even remove the negah before anyone declares its potency.

Another amazing dimension is applicable after the afflicted man is declared tamei. The Torah tells us “that he is sent out of the camp, where he sits in solitude” (Leviticus 13:46).

His departure from the camp of Israelites is surely not due to a contagious nature of the negah. After all, if that were the case, he would be sent away way even before the kohen’s declaration of tumah.

So why send the man to confinement where no one will monitor his reaction to the negah on his being, a place where he could remove the negah, or adulterate its appearance? Why not have him locked in a cell under the supervision of a guard who would insure the integrity of the purification process?

In the early 1900s, a simple religious Russian Jew decided that he could no longer stand the Czar’s persecution. He would leave Russia to join his son who had settled in Houston, Texas, some twenty years earlier. The son, who had totally assimilated and was a successful oilman, was thrown into a panic. “Of course, you are welcome, Pa,” he cabled, “I will arrange a visa, your tickets and fares. But you must realize that I have a wonderful reputation here as an oil man. When you arrive, you must adapt to American culture or I will be destroyed.

Upon arrival at the train station, the old man, dressed in his long coat and up-brimmed hat, was whisked to a haberdashery, where he was fitted with the latest style fedora and a modern-cut suit. But still, his father looked too Jewish.

“Pa it’s not enough. I’ll take you to the barber.”

The first thing that came off was the beard. The son looked on and said, “it’s not enough Pa. The peyos, they’ll have to go.” The barber cut off the right peya. While the son looked on proudly, his pa was becoming a real American. Then the second. And the old man began to weep.

“Why are you crying, Papa?” the son asked incredulously.

The father, resigned to his fate, simply answered. “I am crying because we lost the Alamo!”

My grandfather, Rabbi Yaakov Kamenetzky, of blessed memory, in his sefer Emes L’Yaakov, explains the concept of sitting in solitude, reflecting in unadulterated honesty about one’s true feelings.

There comes a time in one’s life where the message from heaven can only be without the influence of others and the will to impress them. How often do we act because of the influence of friends and relatives? How often do we gossip due to peer pressure? We must make choices in life. Honest choices. We have to do what the neshama wants us to do. And we can’t alter our true emotion due to social, peer, or monetary pressures.

Henny Youngman, a classic comedian, used to talk about his wonderful doctor. “If you can’t afford the operation,” he would say, “he’ll touch up the x-ray!”

The afflicted man is sent away from anyone who may have influenced him to act in his blathering ways. He can reflect on his true feeling and his honest perceptions of life and his role. But this decision must be made when he is impervious to anyone who was normally in his sphere. And he has a choice. He can pull out the hair, he can scrape off the negah. He can fool the kohen. He can fool his family and fool his friends. But when he returns to the camp, the same man sans negah, the only one fooled is himself.