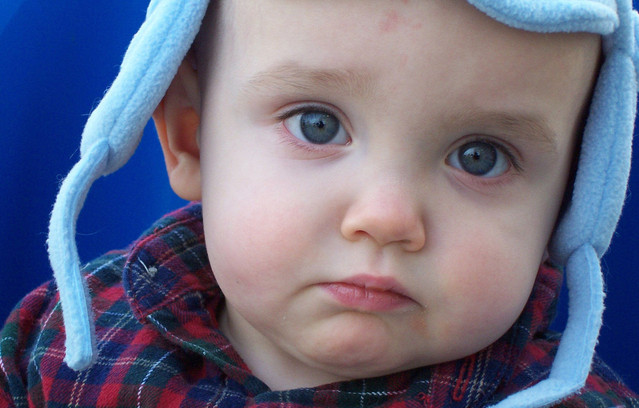 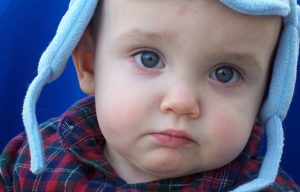 Baby. In the sixties it was a term of poetic affection meted to any living organism that a particular party was interested in. In the school yard, its chant — and a directive to stick its head in a sauce usually reserved for a roast — is a verbal taunt usually invoked by one of two immature sparring partners.

But when the Torah refers to someone as a child or a na’ar it is taken very seriously. Often it raises a flag. It is reason to analyze and deduce. The word na’ar is often translated a child. It is hardly used for an infant and rarely for a mature adolescent. But when applied in those circumstances, the commentaries note its usage, and they comment.

In fact, when infant Moshe is found in a reed basket floating on the Nile, the Torah tells us that the daughter of Pharaoh heard a na’ar crying. (Exodus 2:6). Rashi comments on the apparent anomaly. After all the word na’ar is not used for an infant. He explains by quoting Midrashic sources that Moshe had a voice like a mature lad.

This week, the term na’ar is also used, and on the surface it is not complimentary. “Yoseph was 17-years-old and was a shepherd with his brothers by the flock, but he was a na’ar with the children of Bilhah and Zilpah, his father’s wives.” Again the expression na’ar raises a flag. The Medrash obviously feels that that term should be reserved for children younger than teens. And so the Medrash asks, is it fitting to label a 17-year-old a Na’ar? It teaches us that at that age Yoseph acted immaturely; dressing his hair and adorning his eyes to look handsome.

(Ramban feels that the term na’ar would apply, as he was youngest of all the brothers except for Benjamin, a mere child at the time.)

The Sfas Emes asks a powerful question. If the term na’ar is out of place for anyone even approaching his late teens then an earlier verse surely needs clarification.

In Parshas Vayeirah Avraham travels for three days together with his sons Yitzchak and Yishmael, and his servant Eliezer, pursuing Hashem’s command to bring his son as an offering on Mount Moriah. As he finally sees the mountain, he knows it is time to conclude the journey alone with only Yitzchak. So Avraham tells Yishmael and Eliezer, “remain here with the donkey, and I and the na’ar will go yonder.” (Genesis 22:5).

Yitzchak was 37-years old at the time, yet not one commentator is troubled that his father calls him a baby! Why?

A man once approached my grandfather, Rabbi Yaakov Kamenetzky, of blessed memory, quite distraught.

“I know this may not sound like a major problem,” he began, “but my 17-year-old daughter is very upset with me. It has come to a point that she hardly talks to me. It began a few nights ago. My wife and I were with a number of old friends at a wedding when my daughter walked by. I introduced her to them by saying, ‘This is my baby.’

“I could see that at the moment she became very upset. Moments later she pulled me to aside and was crying. ‘You still think I’m a baby!’ she sobbed. ‘I am almost eighteen already, and all you do is call me your baby! Won’t I ever be a grown-up in your eyes?’ Ever since then she doesn’t want to talk to me.”

The man shrugged as he pleaded with the sage. “I really don’t want to make this into a major issue, but I’m not sure how to resolve this. Perhaps the Rosh Yeshiva can guide me.”

Reb Yaakov put his hand on the man’s shoulder. “You live in Flatbush, don’t you?”

At the time Reb Yaakov was staying at his youngest son, Reb Avraham’s home, and he invited the man to visit him there together with his daughter. He assured him that he would not discuss the incident but was confident that by the time the visit was over the matter would be resolved.”

“This is my baby!” exclaimed the revered sage as he gave a warm hug to his 55-year-old son.

Needless to say, the impact on the 17-year-old girl changed her perspective on her father’s comments. Fifteen minutes later they left the house with a renewed and invigorated relationship!

The Sfas Emes answers his question very simply. When the Torah in a narrative describes someone as a na’ar it is a flag for concern. It needs explanation, whether complimentary or otherwise. But when a father calls a child his na’ar there is no need to explain. It is simple and more than acceptable. And Hashem Himself refers to his children that way. “When Israel was a na’ar and I loved him, and since Egypt I have called him my child” (Hosea 10).