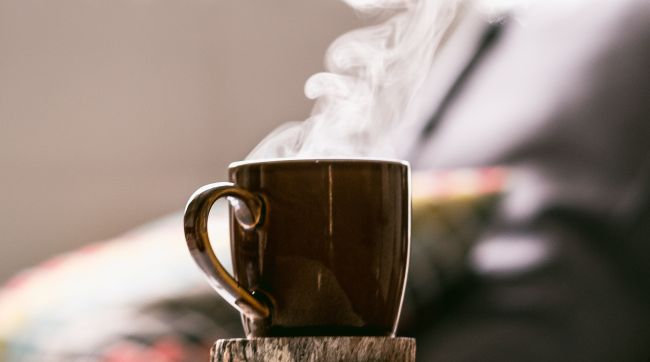 The First Cup of Coffee 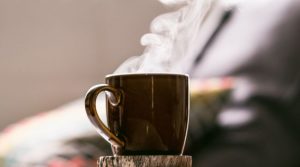 How can I curse whom G-d has not cursed, and how can I invoke wrath if HASHEM has not been angered? For from their beginning, I see them as mountain peaks, and I behold them as hills; it is a nation that will dwell alone, and will not be reckoned among the nations. Who counted the dust of Yaakov or the number of a fourth of [or, of the seed of] Israel? May my soul die the death of the upright and let my end be like his.” (Bamidbar 23:8-10)

Bilaam is quite the enigmatic character! He’s brilliant! His vision of the Jewish People and their role in history is superior. Even though he is hired to curse the Nation of Israel he ends up delivering the most glowing report of all time. Seemingly, he gets it and even more than most. Yet, he remains the same. Why does not run to join the Jewish Nation? He expresses his desire have his death be like that of the most righteous and the wish that his ultimate end be like theirs. He wants to die peacefully in this world and be welcomed into the next and then be revived for the curtain call of history. He says he wants it but he does nothing about it. How very strange!

Bilaam is like that fellow who sees a sign in front of a diner that reads, “Second cup of coffee free”. When he enters, he right away orders for the second cup of coffee. The waiter needs to remind him, “In order to get the second cup of coffee for free you have to have the first cup first.” Similarly, I have heard people jokingly express, “If I would have known how wonderful being a grandparent is I would have skipped being a parent and gone right to being a grandparent!” Of course, it’s not possible! You have to be a parent first. That’s apparent. If you want the next world you need to work here.

Now these are jokes, and admittedly not very good jokes and they don’t need any explanation. Bilaam, however, was a prophet! He needs an explanation!

He was brilliant in many ways. His longing to die the death of the upright and have his end like theirs is absurd. His deeds do not match theirs. How can he seriously request their ultimate end result? It’s no joke! It’s tragic!

There was a Jewish patient, a Mr. Silverspoon, in an insane asylum way out in a small town in Nebraska. He insisted on being served Kosher food. When his request was denied he went on a hunger strike. The administration including doctors and a legal team realized that they would have to honor his demand.

So every day food had to be sent in from Chicago. It was an administrative nightmare. One day one of the psychiatrists was making his rounds on Shabbos when he noticed this fellow smoking a giant cigar. The doctor was stunned. He berated the patient, “Silverspoon, you turned the entire hospital on its head so you can get your Kosher food and here it the Holy Shabbos, and here you are smoking a cigar!?” Silverspoon gave another giant puff on his cigar before answering, “Hey Doc, don’t forget, I’m crazy!”

As one of my teachers pithily put it, “the Torah appreciates that that we are not logical creatures as much as we are psychological beings!” Why should we be surprised to find out that someone, anyone does not live up to what they know clearly in the soberest of moments!? Napoleon famously declared, “When I am awake I am Napoleon. When I am asleep I am a horse!” People are not one thing. Many of us are not quite entirely asleep or completely awake but more like King Solomon said, “I am asleep but my heart is awake!” Bilaam however was too connected to his horse- donkey.

All this is neither an apology nor an excuse for Bilaam or anybody else. Just the opposite is true. When we are awake-awake it is wise to remember what our ultimate purpose is and to stay focused on the first cup of coffee.