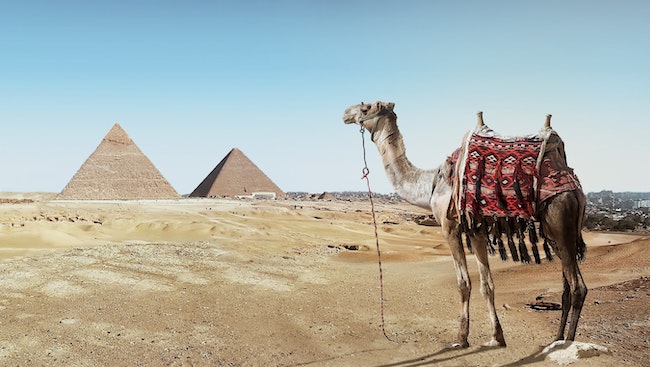 The Exodus from Egypt Today 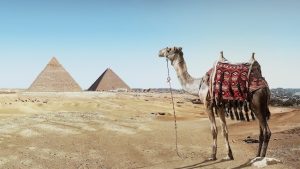 The wicked one, what does he say? “What is this service to you?!” He says `to you,’ but not to him! By excluding himself from the community he has denied that which is fundamental (Kofer B’Ikar). You, therefore, blunt his teeth and say to him: “It is because of this that HASHEM did for me when I left Egypt”; `for me’ – but not for him! If he had been there, he would not have been redeemed! -Haggadah

As for the one who does not know how to ask, you must initiate him, as it is said: “You shall tell your child on that day, `It is because of this that HASHEM did for me when I left Egypt.'” – Haggadah

In every generation a person is obligated to regard himself as if he had come out of Egypt, as it is said: “You shall tell your child on that day, it is because of this that did for me when I left Egypt.” – Haggadah

The same verse that is prescribed for the wicked son is also said over to the “one who does not know how to ask”. Why should they get some of the same medicine? That same verse is employed as a support for the obligation in every generation to see ourselves as having exited Egypt. How does that verse give us the ability to see ourselves as having left Egypt which occurred 3,334 years ago, way back in the ancient past?! What is the sense of urgency with the wicked son that he receives a seemingly harsh treatment? It seems more like an intervention!

Rashi gives us the key that opens the door and brings that otherwise obtuse verse to life. “It is because of this that HASHEM did for me when I left Egypt.” What is the “this” that this is referring to? Matzos, Marror, and in its time the Korbon Pesach. We are having the Seder and reciting the Haggadah on the night when these Mitzvos are at hand and being performed. Rashi therefore explains, “It is because of this… THAT I AM FULFILLING HIS MITZVOS… that HASHEM took me out of Egypt. How does that help?

Imagine a wise farmer planting a special apple tree that he carefully genetically engineered. The farsighted farmer is not just putting a seedling in the ground. He has in mind not only the first crop of delicious and beautiful apples that hang on the edge of branches.

No, he has in his mind that this tree will give fruit for many-many generations. The fruits that manifest even hundreds and even thousands of years later were in the mind’s eye of that wise farmer.

The story of the Exodus from Egypt is not that HASHEM mercifully saved that group of people stuck in Egypt and as a result here we are 3,334 years later looking back down the highway of history, and we are keeping an ancient memory alive. No! We are being told at the Pesach Seder year after year, generation after generation that HASHEM had in mind at the time of the Exodus from Egypt all those, wherever and whenever they are, that are fulfilling these Mitzvos! We were “had in mind” by HASHEM at the time of the exodus way back then that we would be sitting here “now” happily munching on Matzos! Now here is the emergency for the “wicked son”. His language indicates that he sees himself separate, like one who says, “you people”. He is excluding himself. He is watching like an anthropologist. and not participating in the Mitzvos.

There is a concept in Talmudic logic called “Yeish Breira”, literally, “there is a choice”. Sometimes a later event or decision determines a fact in retrospect. Here is a perfect example. If this wicked son is excluding himself, not only is he at great risk of not being a part of the continuity of the Jewish People and missing out on our date with destiny, unfortunately he has scripted himself out of history.

By opting not to join in the fulfillment of the Mitzvos he was not one of those who HASHEM had in mind at the time of the Exodus from Egypt. The one who does not know how to ask could be equally at risk. We don’t know how to interpret his silence.