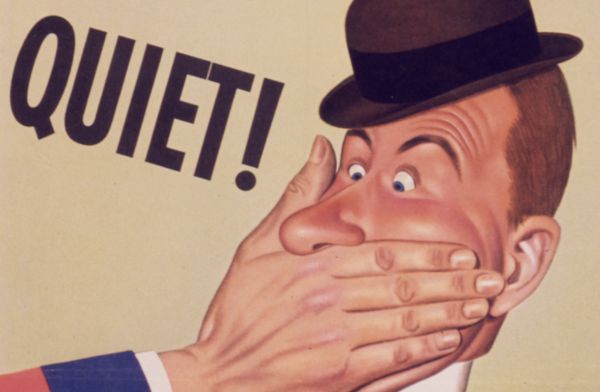 The Reward for Silence 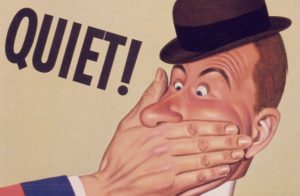 And Aaron’s sons, Nadav and Avihu, each took his pan, put fire in them, and placed incense upon it, and they brought before HASHEM foreign fire, which He had not commanded them. And fire went forth from before HASHEM and consumed them, and they died before HASHEM.  Then Moshe said to Aaron, “This is what HASHEM spoke, [when He said], ‘I will be sanctified through those near to Me, and before all the people I will be glorified.’ “And Aaron was silent.  (Vayikra 10:1-3)

And Aaron was silent: He was rewarded for his silence… (Rashi)

Why was Aaron rewarded for his silence? Is silence always an acceptable response? The Malbim explains that the word used to describe Aaron’s silence does not mean that he was passively silent and perfectly still. No! Aaron was a sensitive and real feeling person according to all accounts. How could quietly endure the loss of his sons? That is why in the beginning of the verse Moshe offers consoling words. Aaron accepted them and then Aaron was silent. He arrested himself from speaking and made himself silent. Initially he may have had what to say. “VayiDom”- and he was silent is an action of silencing, silencing himself.

Years ago, I had the honor and privilege to hear the following story from Rabbi Shimshon Pincus zt”l. He told us about a fine young man who had earned a marvelous Shidduch with a prominent family. This young man was an only child born to his parents after 24 years of marriage. Rabbi Pincus had asked the father if he had any sense of why they merited having a child that year. Had there been any unusual incident?

After 23 years of childlessness, approaching the edge of despair the husband did what amounts to an act of desperation. He had heard that on the other side of Jerusalem there was a small Chassidic synagogue that held out a special promise.

Anyone who would attain for himself on Yom Kippur the honor of Maftir Yonah would most certainly have his request answered. With that hope he uprooted himself from his usual place in the yeshiva where he had a seat of honor, and traveled to unfamiliar territory where he would be a stranger on a backbench. He arrived early enough on the eve of Yom Kippur and pre-arranged for himself, for a handsome price the coveted honor of Maftir Yonah.

After Kol Nidre and all the evening prayers while exiting the synagogue he noticed another young man like himself also not dressed like a Hasid seeming slightly out of place. He approached and asked him why he was praying here in this particular Shteibl for Yom Kippur.

The young fellow told his tearful tale that he and his wife had been married for almost three years and they had not yet been blessed with children. He had heard that whoever would attain Maftir Yonah in this synagogue would be granted their heart’s desire and he hoped to put in a modest bid for Maftir Yonah the next day.

The man just listened with astonishment. He could have shared with him the unfortunate news that he had already locked up the important honor for himself and made a good case why he was more desperate and deserving, but he said nothing. He just picked himself up and left, returning to the other side of Jerusalem.

Shortly after that his wife was finally expecting a child and she gave birth to their precious son. He felt that his deepest wish was granted that year not because he got Maftir Yonah but rather because he didn’t say a word and he let someone else have it instead.

He had what to say but he held himself back. It could not have been easy. So, like Aaron, he earned the reward for silence.