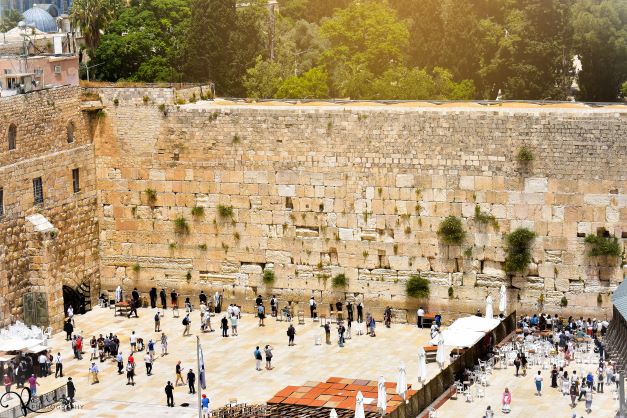 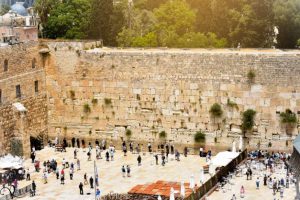 It has been a long and cold and rainy winter here in Jerusalem. Because it is a leap year. Spring in the Jewish calendar has been delayed almost until the beginning of April. Nevertheless, it has arrived with each warming season and flowering greenery. The holidays of the Jewish calendar undoubtedly were meant to be celebrated here in Israel, where the climate matches the mood of the individual holiday. Here in Holy Land, we do not have snow falling on the Succah or freezing temperatures to accompany the Pesach Seder. Because of this confluence of calendar and nature, the holidays here in Israel take on a different perspective, an additional layer, so to speak, then the celebration of the holidays in the Diaspora.

As we recite the words of rapture that compose the song of songs of Solomon, we, here in Israel, are struck by the detailed and exquisite description of the nature of the land that we see before our eyes. Part of the idea of the Exodus from Egypt is that we were not just taken out from a land of slavery and oppression but were also guaranteed to arrive at a particular destination – a land of beauty, sustenance, and inspiration. In the first message to our teacher Moshe, God already informed him of the destination and mission that was to be entrusted in the later generations of Jews. It was not sufficient merely to be redeemed from slavery and remain in Egypt as free citizens treated with equality and fairness. That existence is still deemed to be exile, for the country and the land is not ours, and never will be. It was, rather, the goal of arriving in the land of Israel, settling it, creating there a Jewish national state, a Holy Temple, and having a civilization that would serve to be an example for others to emulate, a light unto the nations.

I think, therefore, that the natural weather patterns which visit our planet year in and year out, are meant to reinforce this idea that the Jewish national dream can only be fulfilled in the land of Israel.  For only there, was the connection between the natural, almost predictable environment of weather coinciding with the great moral values and teachings of the Jewish holidays most apparent.

The coming of spring, of sunlight and warmth, also attests to the coming of freedom and a purposeful national existence. The Jewish people, so to speak, are born again every Pesach. It is not only that nature is renewed in the holy land, but also that the holy people find new spurts of energy each year, and a glimmer of the great future that yet awaits us and all of humankind. Jews have observed Pesach meticulously in every climate and geographical location on this planet. But, as our sages pointed out in many of their commentaries to the Torah, the observance of the holidays, and  even of the commandments themselves outside of the land of Israel, were only meant to remind us of their existence so that we would be able to observe them correctly when we would eventually be restored to our homeland and our national existence. The holiday of Pesach restores this fundamental value in Jewish life and history and propels us towards the great future that we are yet to experience.