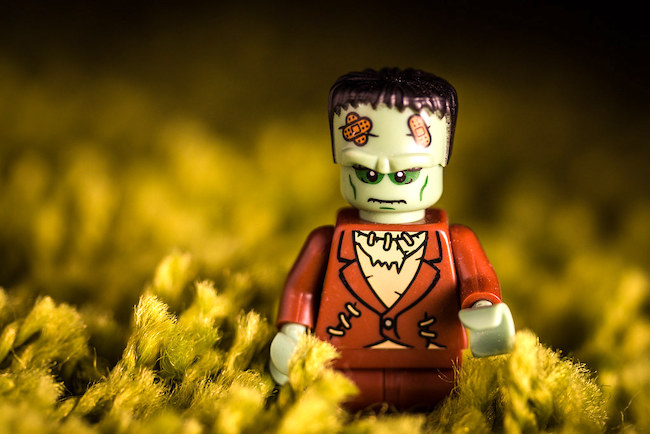 The Bribe of Frankenstein 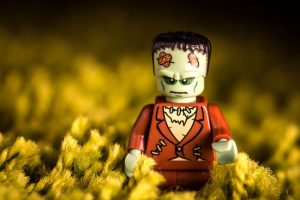 You shall not pervert justice; you shall not show favoritism, and you shall not take a bribe, for bribery blinds the eyes of the wise and perverts just words. (Devarim 16:20)

Bribery is bad business. The Torah speaks with strong language against it. Even the best people can become compromised and correct words and be employed corruptly. Many people have a natural aversion to bribery, and rightly so. Many times I have seen well-meaning parents express their visceral reaction to the idea of giving a child a candy or promising money for the completion of a task. They claim, “Why should I have to bribe my child!?” The Talmud says, “A person should always engage in Torah and Mitzvos even for an ulterior motive, because from the ulterior motive he will come to the noble motive.” The word “always” is a strong word. Some part of a person needs to look forward to a worthy prize.

I remember coming to a great person with a friend of mind to share a holy proposal we had dreamt up and were thinking seriously about implementing. After listening careful and expressing some approval, he asked a simple question to my friend/partner and me, “What do you get out of it?” I told him that this is purely for the sake of heaven. Then he told us, “Then it’s not going to work!” We were shocked at first and later after discussing and thinking about it more we realized how right he was. At some point our idealism will be tested and if there is no other external benefit to keep us going we will run out of motivational gas.”

Why then do these wonderful parents have such an allergic reaction to bribing children? The answer, I do believe, lies in understanding the distinction between an incentive and a bribe. These are two different animals. What is an incentive? That is what the Talmud means when it says that a person should always do Torah and Mitzvos for an ulterior motive. Nobody is just one thing. We are two major things at least. We have both a body and soul. They have completely different agendas in this world. The soul wants to come close to HASHEM and the body wants whatever can tickle its fancy in the moment. There is a quiet and not so quiet war going on within each and every one of us.

The Torah understands that we are not simply logical beings but rather we are psychological creatures. Napoleon said, “When I am awake I am Napoleon, but when I am asleep I am a horse!” I would argue that even when Napoleon was awake he was very much a horse. How do we get our animalistic part to engage in Torah and Mitzvos? Simple as a dimple! Promise candy for kids, money for young adults, and honor for any age. Everyone has their price! It works to initiate action but afterwards the person must be reminded to revel in the very good feelings associated with having done the right thing.

Now what’s a bribe? Here is a fictitious story that could be true. I enter my home Thursday early evening to the smell of freshly baked chocolate chip cookies. Immediately I make my way to the hot tray but I am repelled by the officer in charge and the author of these cookies, my wife. She reminds me firmly they are for Shabbos! I appeal for “just one” but I am told that everybody will want just one and then there will be none. I agree and put the cookies in a container on the top of the fridge for safe keeping. One minute later the kids rush in and they aim right for the cookies. Now I tell them that those cookies are for Shabbos. They claim they just want one. I reiterate the party line emphatically that if everybody gets just one then there will be none.

Late-late that same night I come home exhausted from a lecture and long ride. I can’t just go to sleep without decompressing. I take out a Sefer and get a tall glass of cold vanilla soy milk. Then I look up at the cookies and I convince myself that it’s okay to have a taste of Shabbos before Shabbos! One cookie may not be enough for an after blessing so I decide that five will satisfy all opinions and my hunger. As I settle down, I am confronted by a five-year old in pajamas. He looks at me and then looks curiously at the cookies on the napkin. In that glance, I realized I am busted. I say to him, “I’ll give you two and we never had this meeting!”

That’s a bribe! To get someone to do what’s good is an incentive, and it can lead them to greatness. To induce someone to violate their principles corrupts their basic goodness and may make a monster, like the bribe of Frankenstein.