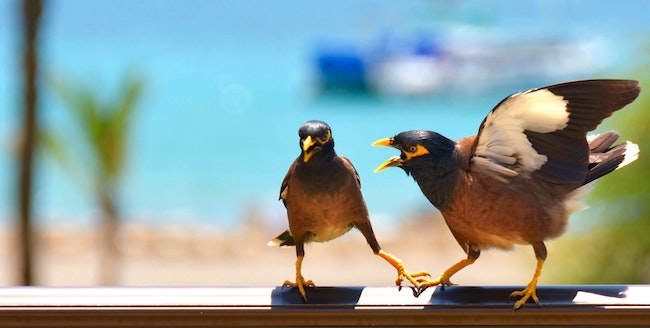 Complain All You Want 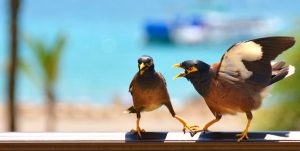 You shall neither prostrate yourself before them nor worship them, for I, HASHEM, your G-d, am a zealous God, Who visits the iniquity of the fathers upon the sons, upon the third and the fourth generation of those who hate Me, and [I] perform loving kindness to thousands [of generations], to those who love Me and to those who keep My commandments. (Shemos 20:5-6)

Of those who hate Me: As the Targum [Onkelos paraphrases: when the sons continue to sin following their fathers, i.e.], when they cling to their fathers’ deeds. — Rashi

Perform loving-kindness: that a person does, to pay the reward until the two-thousandth generation. It is thus found that the measure of reward [from God] exceeds the measure of [His] retribution by [the ratio of] one to five hundred, for this one is for four generations, and that one is for two thousand [generations] – Rashi
–
Rashi explains that we are being treated to an important mathematical ratio right in the introductory words of the Ten Commandments, HASHEM is visiting iniquity for 3 or 4 generations and rewarding 2000 generations. It seems there is not 2000 generations to speak of. History is not that long. The giving of the Torah was only 26 generation from Adam the first man and we are now 3333 years since that awesome day. Even if a generation is 30 years, then there have been slightly more than 100 till now. Rashi helps by spelling out the ratio of HASHEM’s kindliness to strictness being 500 to 1. What are we to do with this formula? Of what practical import is it to us? Dare I ask?! Here are a few approaches.

A few years back I was driving daily to school in Queens from Monsey and back again to Monsey after a long day. One wintry evening I was approaching the toll at the Whitestone Bridge as I had done many times before. We had just passed through a strong winter storm and were still in the middle of a severe cold spell. As I was nearing the toll plaza I watched in horror as if it was unfolding in slow motion before my eyes.

On the top of a van traveling in front of me was a huge slab of ice like a giant tomb stone and hard like one too. It came flying off of the roof of the van and it was spinning horizontally in the air. Suddenly with great force it hit my windshield, across the entire windshield with full force.

If I was going 50 MPH and this projectile was flying at my car 30 miles an hour then this was a huge 80 MPH hit. I was temporarily blinded, unable to see out of my front window for 7 or 8 seconds and when the ice dispersed my windshield was a spiderweb of broken glass. I called a mechanic friend who assured me that the glass would not shatter into the car at me because it was made of two layers. That comforted for the ride home. I was still pretty shaken up.

The next morning I came to school with my wife’s car and I entered a class where the Rebbe was teaching about the Ten Commandments and he was up to this Rashi that explains the 500 to 1 ratio. He was explaining to them that HASHEM is always 500 times more benevolent. Then something occurred to me and I started to make a calculation: How long I had been working there, how many times I had made that trip back and forth.

I asked to speak to the class and I shared with them my harrowing experience heading home the night before. I was thinking and wondering why this terrible episode had happened to me and then it dawned on me that I had made that trip about 500 times with no incident and this may have been my 501st trip that I had taken. Now I felt that rather than complain and groan about what had happened and almost happened to me I needed to celebrate the 500 times nothing happened. THANK YOU HASHEM!

I was speaking with someone who had a lot to grumble about and after listening and validating his pain I told him the following based on the Rashi that explains this holy ratio; “Complain as much as you want and deservedly so but first you have to express gratitude about 500 things and then launch one complaint. Find another 500 things to celebrate and complain all you want!