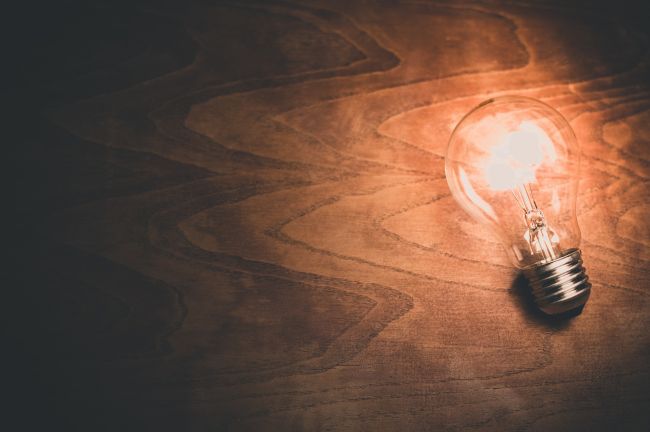 Interpreting the Motivation for Kanaus [Zealotry] 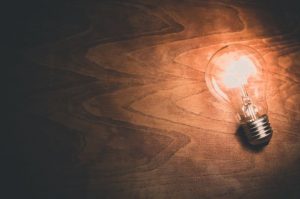 These divrei Torah were adapted from the hashkafa portion of Rabbi Yissocher Frand’s Commuter Chavrusah Tapes on the weekly portion: CD #1040 – Learning on Tisha B’av? Saying Tehilim on Tisha B’Av? This is the final shiur before the summer break. The shiur will resume with Parshas Shoftim. Good Shabbos!

Pinchas’ Peace Prize — Why the Wait?  Is it Not Ironic?

The first five pesukim of Parshas Pinchas refer to the incident mentioned at the end of last week’s parsha.  Bilam’s ‘curses’ did not work. (They turned into blessings.)  As a final parting shot, he advises Balak to have the daughters of Moav seduce members of Klal Yisrael.  (“The G-d of these people hates sexual immorality” [Sanhedrin 106a]) To emphatically protest this brazen desecration of G-d’s Name, Pinchas killed the Prince of the Tribe of Shimon, Zimri, and the Moavite woman, Cozbi, with whom he was consorting.

In this week’s parsha, Pinchas receives his due reward, which is, “Behold I give him My covenant of peace” [Bamidbar 25:12]. The truth of the matter is that this is how the parsha begins, but the rest of Parshas Pinchas has almost nothing to do with this story.  If you and I were creating the parshios, we would say, “These first five pesukim really belong at the end of Parshas Balak.”  After all, this is the end of the story.  It is only natural that the narration of the reward given to Pinchas should be placed at the conclusion of the parsha which records his meritorious act of zealotry.  Why is what happened to Pinchas put it into a separate parsha, and why do we, in effect, need to wait a week to find out what happened to Pinchas?

The Tolner Rebbe shlit”a addresses this question.  Pinchas acted as a kanaee.  There is not a good English word which fully captures the nuance of the Hebrew term kanaee, even though it is usually translated as ‘zealot’.  Pinchas is the quintessential kanaee (noun).  Kanaus is what we call zealotry today.  Being a kanaee is a very tricky business.  When a person does an act of kanaus, it becomes imperative to judge his motives.  There are people who will do an act of kanaus for all the right reasons, totally for the ‘Sake of Heaven.’  A travesty has occurred and they stand up for that which is right.  They do an act of zealotry which may be shocking, and may even offend people, but they hold that it has to be done.  The Honor of the Almighty or the Honor of Torah, or the Honor of whatever it may be must be defended! This is one type of act of kanaus.

However, there is another type of kanaus which is different.  There are people who go around looking for these types of things.  They enjoy it, either because they are hotheads or rabble-rousers, or they like a good fight, or they do it for the adrenaline rush it provides for them.  In short, people can have less that pristine motives for performing acts of kanaus.

Sometimes, when someone performs such an act, we are unable to know immediately why he did it.  It often takes time to see how he behaves in the future. It takes time to assess what was done — was it the right thing, etc.  Sometimes we cannot immediately judge why a person takes certain actions which involve kanaus.  There is a very fine line between kanaus that is done l’Shem Shamayim, for the right reasons, and a kanaus that is done for ulterior motives.

It is mentioned in last week’s parsha that when Pinchas approached Zimri and Cozbi “he took a spear in his hand” [Bamidbar 25:7].  There are those who point out that Pinchas had to look around to find a spear with which to execute his act of zealotry.  Some people do not need to look around for the “spear” — they always carry it on their person and are just waiting for the opportunity to use it.  Pinchas was not such a person.  He was not “looking for a fight.”  However, when the moment called for appropriate action on his part, he knew what had to be done, and he then sought out the proper tools with which to carry out those actions.

Pinchas was the son of Elazar, son of Aharon Ha’Kohen.  He was a grandson of Aharon the Kohen, the personality known to Israel as “the lover of peace and the pursuer of peace.”  Pinchas was a man of peace.  The act he needed to do was offensive, it was an anathema to him.  But he did it for the Sake of Heaven.

Of course, the Ribono shel Olam knew right away what Pinchas did, and why he did it.  There was no doubt in His mind that Pinchas’ act was entirely for the Sake of Heaven.  However, by not putting the reward in Parshas Balak, but rather “waiting a week” to put it Parshas Pinchas, the Torah is perhaps teaching us a lesson — that we cannot judge an act of zealotry immediately.  Kanaus is a very tricky business, and if there is any personal agenda involved, then forget it.  Under such circumstances, the perpetrator cannot be praised as a “true kanaee“.  You have to be in it 100% l’Shem Shamayim, or do not do it all!

Let us explain this concept in practical terms. Reuven does something in shul that is inappropriate.  He should be chastised.  He should be taken to task for his inappropriate behavior.  But Shimon happens to not like Reuven for other reasons.  This is the opportunity Shimon has been waiting for to take Reuven down a peg or two.  “I’ll put him in his place once and for all and I will be justified in doing it!”  Yes, but it is not pure.  Shimon’s actions will not be 100% l’Shem Shamayim, and therefore will not be an act of true kanaus.

Someone recently told me that he was in Eretz Yisrael in 1972 when Rav Chaim Shmuelevitz zt”l was still alive, and he went into the Beis Medrash of the Mir Yeshiva.  Just as this fellow walked into the Beis Medrash, Rav Chaim gave a “schmooze” [mussar talk].  The topic of the talk was the following:  A store in Tel Aviv was selling very objectionable material.  Certain religious zealots firebombed the store.  Rav Chaim Shmuelevitz got up in the Mir Yeshiva and said, “To be a kanaee, you need to be like Pinchas — a lover of peace and a pursuer of peace.  You need to only desire peace.  When the situation demands it, then you take the ‘spear’ and act l’Shem Shamayim.  However, someone who is not acting 100% for the sake of Heaven, who is just an arsonist or a pyromaniac, a rabble rouser, or someone looking for an adrenaline rush — he is not the type of person who should engage in acts of zealotry.

This explains the end of the section narrating G-d’s reward to Pinchas.  “Therefore, I will give him my covenant of peace.”  At first blush, this is a most incongruous reward.  Is the “Peace Prize” given to a person who just killed two people?  L’Havdil, the Nobel Peace Prize is not typically given to a warrior or general.  Peace is one thing, and war is another.  How then does Pinchas receive the “Peace Prize” (i.e., “My covenant of peace”)?

The answer is that the Ribono shel Olam is trying to send us a message: Do you think Pinchas wanted this?  He would have wanted that the incident should never have occurred.  He wanted that there should be Shalom, that this should not have had to come about.  The situation demanded action, so he took care of it, but that was not his personality, and that was not who he really was.  The biggest gift he can be given is the covenant of peace — the promise that this is not going to happen again!

In Sefer Tehillim [Chapter 106], Dovid Ha’Melech synopsizes the story of the Exodus and the sojourn of Klal Yisrael in the Wilderness.  He briefly mentions the various incidents that took place during those momentous months and years of our history.  When he reaches this incident with Pinchas, the expression he uses is, “And Pinchas arose, va’yefalle,l and the plague was halted” [Tehillim 106:30]. What does the word va’yefallel mean?  The simple interpretation is tefillah [prayer], and it means he prayed. However, the Gemara in Maseches Sanhedrin [44a] says that this is not the correct interpretation.  The Gemara there relates the word va’yefallel to the word pilulim (as we find in the expression v’nasan b’plilim — “he shall pay by order of the judges” [Shemos 21:22]), which means that Pinchas had, as it were, an argument (i.e., a “Din Torah“) with the Almighty.  The Talmud relates that Pinchus struck Zimri and Cozbi in front of the Ribono shel Olam and asked, “Almighty, because of these two individuals, should 24,000 people in Israel die?”  Thus, the pasuk in Tehillim is saying that Pinchas arose and took the Almighty to court — so to speak — to “protest His actions.”

I saw in the sefer Bei Chiyah that this interpretation is extremely precise, based on a principle stated by Rav Yosef Albo in his Sefer Ha’Ikrim [Book of Primary Principles].  We all know there is such a thing called tefillah.  If a person is sick, needs a job, or needs a marriage partner, he prays — for his health, his parnassah, his shidduch, or for whatever.  How does davening help?  If the Almighty wants us to be sick or unemployed or remain single, we will remain so.  How does our davening change the Almighty’s plan of what is good for us?

This is why in Hebrew the verb for praying is reflexive — l’hispallel.  It does not affect someone else, but rather it effects the person who does the action.  This is exactly what prayer does.  It impacts the person and makes him into someone else, other than the person now suffering from some form of Divine retribution.

Pinchas did not need to become a different person over here.  He was a tzadik.  He was the only person in Klal Yisrael who stood up for the honor of the Almighty!  There was no need for him — on his spiritual level — to be mispallel (in the reflexive form).  Therefore, Dovid Ha’Melech employs the expression va’yefallel (in the non-reflexive form).  Classic “tefillah” was not needed, but rather, he needed “to begin legal proceedings against his Creator” (so to speak).  He approached the Almighty and asked, “How is such a thing possible?”