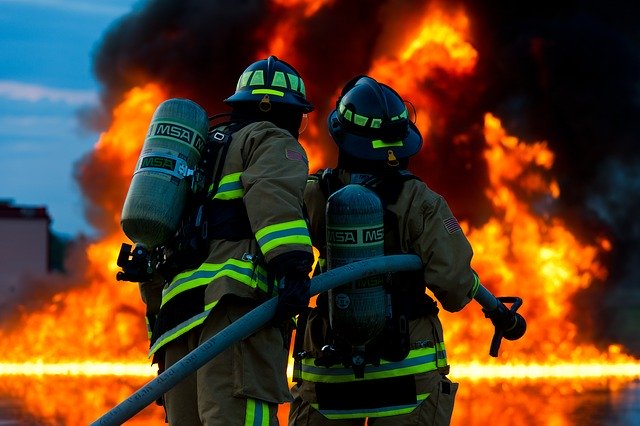 To Put the Fire Out 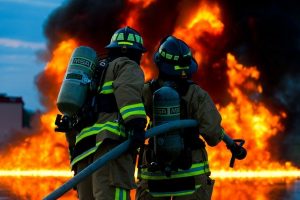 These are just a brief sample of a long laundry list of items that we mention verbally quietly and together aloud on Yom Kippur. Every time we say the words, “for the sin” we give a tap on our heart. What is that small often repeated action meant to accomplish?

The Dubner Maggid answered every question he was asked with a Moshol – Parable. When he was asked how come he answered every question with a Moshol, he responded, as you might expect, with a Moshol. He told a story that a man named EMES his English name was TRUTH. He walked all over town but he was naked. Everywhere he went people were shocked and alarmed by his presence. Immediately rooms cleared out and people left screaming like their hair was on fire. He was making everyone very uncomfortable. He had a close friend who cared about him very much and his name was Moshol or his English name was Parable.

One day Moshol approached EMES and made him an offer. He said, “I have a giant clothing store with all sizes and styles. I am inviting you to my store and am happy to give you an entire wardrobe of shirts, pants, socks, shoes, jackets, and hats. You can have them for free. Then people will not be disturbed by your presence and they will not be repulsed by you and reject you before they get to know you first in a comfortable way.

People don’t appreciate being told the TRUTH straight to their faces. It wakes up the defense mechanism of the ego. No one wants to see themselves as being wrong or faulty in the clear light of the TRUTH.

A good pediatrician does not approach a child showing the needle. They have the child blow on a pinwheel to distract him and then they punch the injection quickly into his arm when he is unsuspecting. Immediately the kid gets a lollypop in the mouth. He leaves happy, but wondering why he feels soreness in the arm. So too a good teacher tells a parable to make the message more acceptable.

Why do we bang on our hearts repeatedly on Yom Kippur? The Dubner Maggid told a story about a fellow named Reb Berel that went to visit a certain town for the first time. He was sitting by his host on Shabbos enjoying the delicious meal when the peaceful atmosphere was suddenly disturbed by cries of distress and panic. People were shouting in the distance, “Fire- Fire!” Then there was a heavy pounding of drums that continued to beat until the cries were quieted.

Reb Berel asked what had happened. The host explained that there was a fire and then the drums were pounded until the fire went out. Berel was amazed by this phenomenon. After Shabbos and before going home inquired about the type of drums that were used. When he returned to his town Berel shared with the community leaders his firsthand experience in that neighboring town. They too were amazed but skeptical. They ordered the drums and based on Berel’s report they fired the fire department and retired all the trucks and hoses.

Months later a fire broke out in the town and the drummers banged loudly and continually but the fire spread and the entire town burnt to the ground. Everyone turned to Berel for an explanation. Berel went back to that town where the drums had worked wonders and shared his bitter experience. They were astonished to hear that they fired the fire fighters and stored away the hoses. They told Berel that the drums were an alarm to set the fire fighters into action. They then put the fire out with real water. The drums alone did not put out the fire.

So too on Yom Kippur we bang the drum because the fire of Aveiros and sins uncured burn in our hearts but banging is not sufficient. It’s meant to awaken our pure and holy hearts to bring some tears to put the fire out.