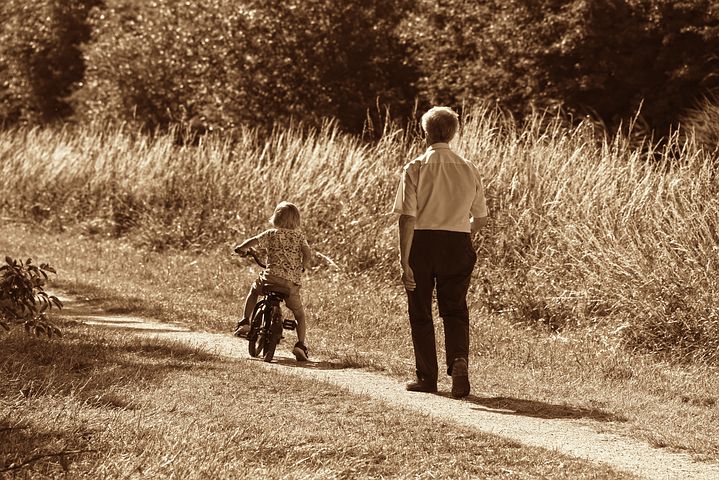 Why Binyomin Was Not Considered Yaakov’s “Ben Zekunim” 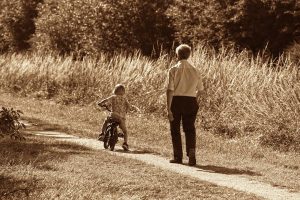 These divrei Torah were adapted from the hashkafa portion of Rabbi Yissocher Frand’s Commuter Chavrusah Tapes on the weekly portion: ##1055 – Can You Kill Someone Who Hashem Doesn’t Want To Die? Good Shabbos!

Why Binyomin Was Not Considered Yaakov’s “Ben Zekunim“

The last four Parshiyos of Sefer Bereishis, beginning with Parshas Vayeshev, contain the story of Yosef and his brothers. For the most part, the patriarch Yaakov recedes into the background of the narrative.

The Torah says, “Yaakov loved Yosef more than any of his children because he was his ‘ben zekunim‘.” [Bereishis 37:3] Rashi offers two interpretations of the phrase ‘ben zekunim.’ The first is that Yosef was born in Yaakov’s old age. At the time Yosef was born he was the eleventh of eleven sons and the twelfth of Yaakov’s children, consisting of eleven sons and one daughter. It is only natural – we find this even today – when people have children when they are younger and then have additional children in their old age, sometimes the children born to parents when they are older are almost like grandchildren. Just as grandchildren have a special place in our hearts, so too, we sometimes have a special relationship with our own children who are born in our “old age.”

Rashi then quotes a second interpretation of ‘ben zekunim’ based on the Tagrum Onkelos, that Yosef was a ‘bar chakim’ – a precocious child. Seeing him to be especially brilliant, Yaakov gave over all the Torah he learnt to this favorite son.

However, the first interpretation – that Yosef was the child of Yaakov’s old age – seems to be closer to the simple interpretation of the Torah’s words ‘ben zekunim’. Yet, the Chizkuni asks on this interpretation a simple question: Granted, Yosef, the eleventh son, was born in Yaakov’s relative old age, but Binyomin – Yaakov’s twelfth son – was born when his father was even older! Why isn’t Binyomin called Yaakov’s ‘ben zekunim‘?

The Rashbam (Rashi’s grandson) points out this same difficulty. He explains that Binyomin was much younger than Yosef, and that Yosef had enjoyed the role of Ben Zekunim for many years, during which time Yaakov developed that special relationship with Yosef that the birth of Binyomin did not preempt.

The Chizknuni’s answer is different. He explains – in a very interesting insight – that Yaakov never felt the same for Binyomin that he felt for Yosef because Yaakov’s beloved wife Rochel died in childbirth while giving birth to Binyomin. Binyomin was always associated with an element of sadness in his father’s mind. Every time Yaakov looked at his youngest son, he remembered Rochel’s death. Rochel was always Yaakov’s “main wife” and he could therefore never develop the same relationship with Binyomin that he had with Yosef.

Yaakov Had a Plan; but G-d Had a Different Plan

Yaakov sends Yosef to check on the welfare of his brothers in Shechem. Rav Gifter, z”l, makes an interesting comment on this pasuk [Bereishis 37:13]. Why was it important to mention specifically that the brothers were in Shechem? Rav Gifter suggests that Yaakov Avinu was very aware of the ill feeling between Yosef and his brothers. Yaakov wanted his children to get along with each other. That is the wish of every single parent.

However, they were not getting along. Yaakov, Rav Gifter suggests, was trying to create an environment in which the brothers would make peace between themselves. He asked himself – which spot on earth is the most fitting for my sons to find unity and solidarity? Shechem.

Shechem was the place where Shimon and Levi arose and wiped out the entire city because, “Look what you did to our sister!” They risked their lives. It was not a picnic! So why did they do it? “Because that is our sister!” They loved the family, they loved their siblings, and they loved their sister! We have a concept that “the place is causative” (haMakom Gorem) [Sotah 45a; Sanhedrin 14b, Sanhedrin 87a; Avodah Zarah 8b]. Yaakov thought that if there is any place in the world that is conducive to family unity amongst his children, it is Shechem. Since he felt that the spiritual force of that place could promote peace in the tension filled relationship of Yosef and his brothers, it was specifically there that he sent his favorite son to “check on the welfare” of his brothers.

The only problem was that the brothers had in fact left Shechem by the time Yosef reached there. The Ramban cites an expression, “haGezeirah Emes, v’ha’charitzus sheker” – which roughly corresponds to the Yiddish expression “A mentch tracht un G-t lacht” [Man thinks and G-d laughs]. That which the Ribono shel Olam wants to happen will happen and the efforts a human being makes (to circumvent G-d’s decree) will not make a difference at the end of the day. The best laid plans of mice and men come to naught if they contradict the Will of the Almighty. If the Holy One Blessed Be He wants “X” to happen, it will happen.

Yaakov’s calculation had merit – Shechem would have been the place to promote brotherly love, but there was a Divine Plan at work to send Yaakov and his children to Egypt. There was no way this plan could be preempted.

Why Suddenly Now – Sackcloth and Fasting?

The Torah teaches that Reuven returned to the pit (to rescue Yosef) but Yosef was not in the pit and Reuven ripped his clothing (as a sign of mourning) [Bereishis 37:29]. Reuven, too had a plan. He convinced his brothers that rather than kill Yosef, they should throw him into a pit (where he might supposedly “die on his own”). Reuven’s plan was to then come back to the pit when his brothers were not around, rescue Yosef, and return him to the safety of his father.

Rashi explains how it was that Reuven was not around when the brothers themselves pulled Yosef from the pit and sold him to the Yishmaelite traders. Rashi actually gives two interpretations. Rashi’s first interpretation is that the brothers took turns taking care of Yaakov and that particular day happened to be Reuven’s turn. Rashi’s alternate explanation is that Reuven was occupied in sackcloth and fasting for the fact that he had improperly intervened in his father’s marital sleeping arrangements (after Rochel died, Reuven moved Yaakov’s bed into the tent of his mother, Leah, from the tent of Bilhah who had been Rochel’s maid servant). In effect, he was doing teshuva for this sin.

But this second interpretation of Rashi is difficult. The incident of Rochel’s death and the rearrangement of Yaakov’s bed happened years prior to the events of Parshas Vayeshev! Where has Reuven been for all these years that suddenly now he is sitting shiva, so to speak, and taking a leave of absence from the rest of his brothers to do teshuva for a transgression from many years prior?

I heard an answer to this question: Now, suddenly, Reuven had an epiphany of sorts. Reuven thought to himself that it is not right that the handmaiden of Rochel should have precedence over my mother, Leah. He could live with the fact that of the two sisters, Rochel was the favorite. However, he was greatly incensed that even Rochel’s servant should be more favored to Yaakov that Leah who was one of his main co-wives. The emotion is understandable and his logic was reasonable. He stood up for the honor of his mother!

However, Reuven did not take into account how Yaakov would feel about his intervention into his father’s personal matters. Now Reuven sees something amazing: The brothers think they are right. They think that Yosef is a rodef [a pursuer], a terrible person. However – wow, Reuven now realizes the impact this will have on his father. They were ignoring their father’s reactions. Reuven understood very well how Yaakov would react, and that is why he wanted to save Yosef.

Reuven’s epiphany was that these actions of my brothers might be logical, they might be right, but they will kill our father! Someone may have all of the noblest calculations in the world, but if the logical outcome of such calculations is going to hurt somebody, then he must put these calculations aside. In thinking about his brothers’ actions, Reuven now realized that he made the same mistake those many years ago. “I shamed my father because I was telling him what I thought was best. I had my reasons. I stood up for the honor of my mother. True. But now I see that you can have the best calculations and plans and strategies and rationalizations, but you also need to consider how it impacts another person’s feelings.”

Reuven introspected after seeing his brothers’ actions regarding Yosef and concluded, “I am guilty of the same thing.” Therefore, where was Reuven that day? He was occupying himself with sackcloth and fasting over having intervened in the placement of his father’s bed.

This week’s write-up is adapted from the hashkafa portion of Rabbi Yissochar Frand’s Commuter Chavrusah Series on the weekly Torah portion. A listing of the halachic portions for Parshas Vayeshev is provided below: