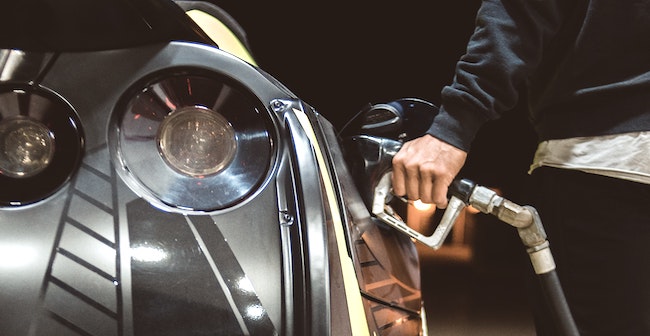 Fill It Up with Super 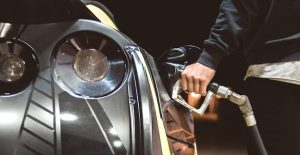 If there is one operative word on Rosh HaShana that the Good Year balloon pulls along its banner, it is the word, “HaMelech” – “The King!” Rosh HaShana is a gigantic coronation of HASHEM as The King over the entire world and including ourselves too.

Rav Hirsch ztl. pointed out that the word Melech -King is comprised of three letters each of which can be used as a prefix. Together they give a portrait of The King. The letter MEM means “from” because everything comes from HASHEM. The letter LAMED means “to” or “for” because everything is ultimately for and goes back to HASHEM. The letter CHOF means “like” because everything reflects and bears a likeness to the Creator. The Zohar states, “Koach HaPoel B’Nifal” – “The power of the actor is in his actions. The signature of the artist can be found throughout his artwork. Then we can tag the letter HEY at the beginning,” he HEY HaYedia” – “The HEY of Knowledge” because we are meant to know that HASHEM is not just a king but “The only King”! This is the idea we are meant to fill up on, on the holy day of Rosh HaShana, so that it keeps us going throughout the duration of the year.

Years back an Israeli friend Yossi had organized for me a number of speaking engagements. He was also the driver, designated to get me to these events. One frigid night as we started our long journey deep into the heart of Long Island, I happened to notice that we were extremely low on gas. I let Yossi know but he dismissed my concerns telling me that we’d be ok. Somehow, miraculously we made it to the class without incident. Even more amazingly though we made it almost all the way home as well. I nudged Yossi numerous times to stop for gas but he insisted that we wait to fill up in New Jersey where the price of a gallon of gas is always a little bit cheaper.

We just crossed over the George Washington Bridge and entered New Jersey and lo and behold we spotted a gas station. There was a sign indicating no u turn so Yossi made the u turn and we pulled into the gas station at about 1: AM. Since in New Jersey it is illegal to pump your own gas the attendant was forced out of the warm of his tiny booth. There striding to our car was a dark African immigrant with a wool cap pulled down almost covering his eyes. He seemed weary and annoyed by the extreme cold as he approached our car. At this point I told Yossi, “Watch, I’m gonna make his night!” Yossi cautioned me with a sense of alarm, “Don’t tip’m! We came here to save a few bucks!” I assured him I had nothing like that in mind but maybe something better. I was going to add a little warmth of humanity into what is otherwise a pretty clinical relationship.

I then picked up the two empty Snapple bottles we had been drinking from and stepping out from the car, I approached the gas station attendant and asked him, “Do you recycle these or do they go here in the garbage can?” He mumbled, “They all go to the same place!” (That was my cue!) I said to him, “Everything comes from the same place and everything goes to the same place!” He nodded in agreement signaling to me that he understood some of the depth of what I had said, so I continued, “We all come from one place and we all go to one place! We all come from G-d and we all go back to G-d!” Now he was really listening deeply and so I took license to explain a little further. “If you understand that, then even if you have nothing, you have everything. If you have everything else, and you don’t understand that then you have nothing!” At this point Yossi was urging him to fill it up with regular but I felt I had filled him and myself up with something super.

For this year, let’s strive on Rosh HaShana to fill it up with super!