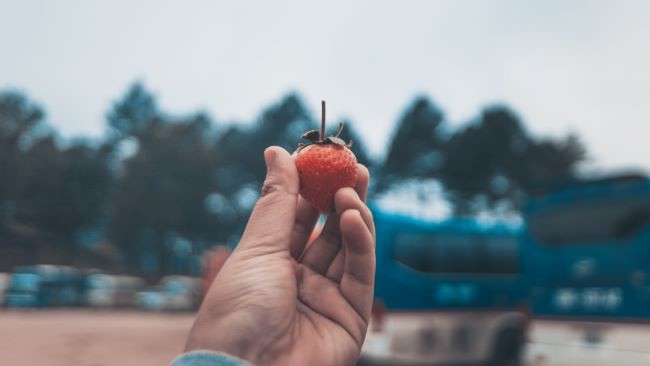 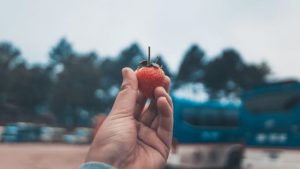 Moshe was pasturing the flocks of Yisro, his father-in-law, the chief of Midian, and he led the flocks after the desert (free pastureland), and he came to the mountain of G-d, to Horeb. An angel of HASHEM appeared to him in a flame of fire from within the thorn bush, and behold, the thorn bush was burning with fire, but the thorn bush was not being consumed. So, Moshe said, “Let me turn now and see this great spectacle why does the thorn bush not burn up?” HASHEM saw that he had turned to see, and G-d called to him from within the thorn bush, and He said, “Moshe, Moshe!” And he said, “Here I am!” And He said, “Do not draw near here. Take your shoes off your feet, because the place upon which you stand is holy soil.” (Shemos 3:1-5)

Something truly amazing happened at the “Burning Bush”, whatever the “Burning Bush” means. Our sages tell us that this was not a new or spontaneous phenomenon. Rather it was around for a while. Many people passed by and noticed it but they kept on going. I guess they were in a hurry or maybe they lacked genuine curiosity.

Moshe, however, paused and oddly said to himself, “Let me turn now and see this great spectacle why does the thorn bush not burn up?” He consciously gave himself explicit permission to look and study the strange scene. The Seforno says that he employed something called in Hebrew, “Hisbonenes”- deep thinking, contemplation. He didn’t just glance at it superficially but rather he was looking and thinking deeply about a curious phenomenon.

Then, the Torah expends holy ink to tell us that at that very moment, “HASHEM saw that he had turned to see, and G-d called to him from within the thorn bush, and He said, “Moshe, Moshe!” What was it that prompted HASHEM to call out to him at that moment? It seems that HASHEM saw that he had stopped what he was doing and he was studying the riddle of the “Burning Bush”. What exactly did Moshe do that made him worthy of attracting Divine attention?

The Ramchal writes in Derech Etz Chaim: “Behold a man, most of his years are spent in thinking thoughts on his businesses, business of this temporary world.

Why does he not put to heart even one hour also on thinking these other things “What is he? Why did he come to this world? Or what does the King of kings seek from him? What will be the end of his matter?”

This is the biggest and most powerful medicine that one can find against the yetzer. It is easy and its effects are great. Its fruit is many, in that a man should stand each day for at least an hour, free from all other thoughts, and to think only on this matter that I’ve said.

He should seek in his heart: “What did the early ones, the fathers of the world, that G-d desired in them? What did Moshe Rabeinu do? What did David, the Moshiach (chosen of) Hashem do, and all the Gedolim (great men) who lived before us? And he should put to his mind, “What is good for a man all the days of his life in order that he should also do the good. Then he should explore with his thoughts to know what is his situation that he is in and that he stands in relative to that which is wanted [by G-d], in the path which trod these men of G-d before him”

It’s quite amazing that the Gedolim in all generations walked on the same planet as everyone else and looked into the same words of Torah that we gaze at daily. What made them greater than everyone and anyone else? That’s a fair question! Is it only a gift of natural genius that they possessed or a privileged upbringing!? I don’t think so!

The Ramchal spells out clearly what we find here in the Torah. Their specialty was and is that they observed life and Torah with a penetrating curiosity, looking deeply into the meaning of things with a powerful concentration and a passion for the ultimate truth. That’s all!

It’s less about talent and more about focusing mental energies. Call it “Hisbonenes” or serious contemplation but that is what seems to have made all the difference for Moshe and all of Israel.

We can only marvel at what can be accomplished by taking time to pause and giving ourselves permission to master this single skill of thinking deeply about one thing!