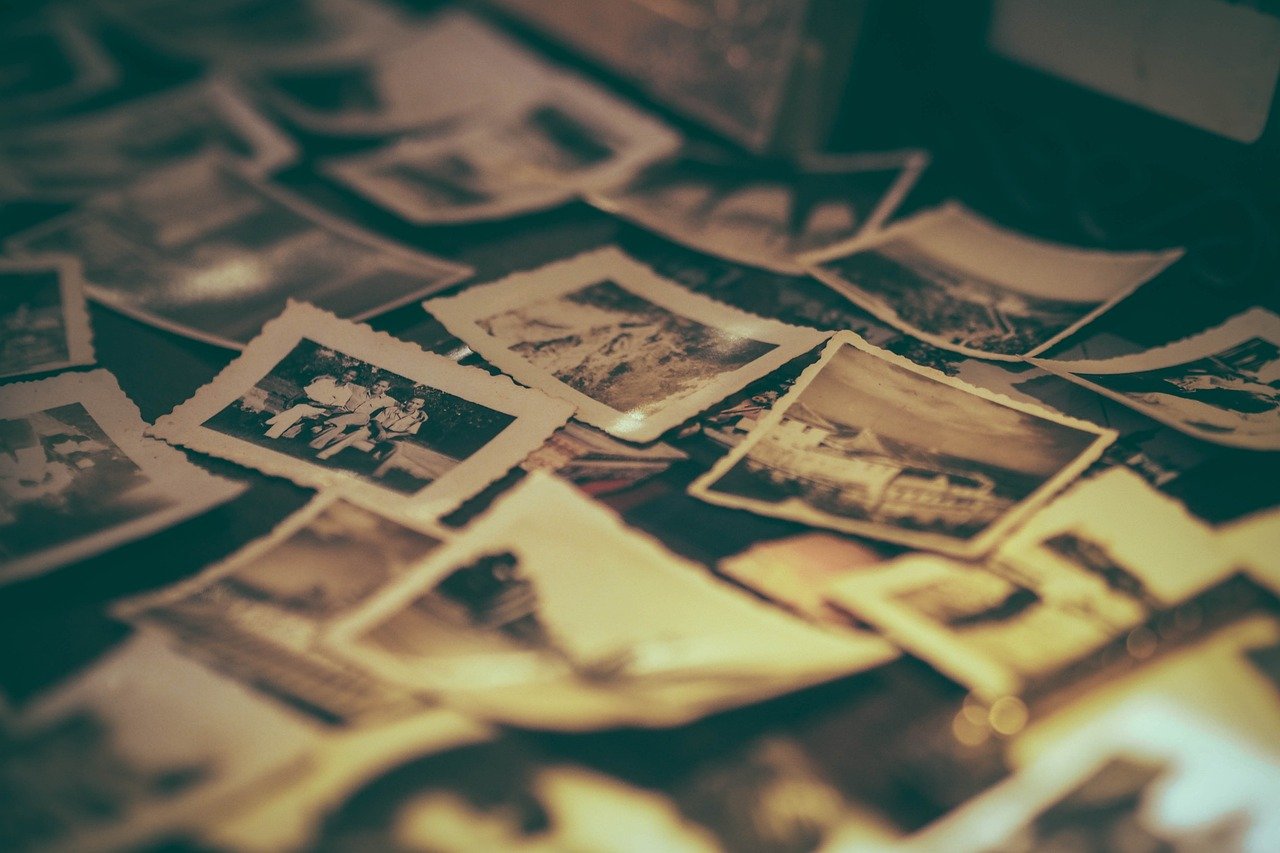 The Heritage of Yaakov 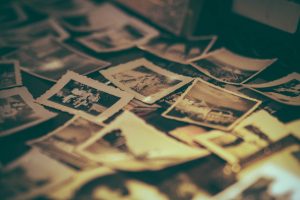 In our parashah, Yaakov meets Esav for the first time in more than 20 years. Near the end of the parashah, we read (36:6), “Esav took his wives, his sons, his daughters, and all the members of his household–his livestock and all his animals, and all the wealth he had acquired in the land of Canaan–and went to a land because of his brother Yaakov.” R’ Chaim Palagi z”l (1788-1868; rabbi of Izmir, Turkey) writes, perhaps quoting a midrash: Yaakov reasoned, “The wicked are never satiated in their desire for money.” What did he do, therefore? He placed all of his wealth on one side and [a deed to] Eretz Yisrael on the other side, and he offered Esav a choice. Whereupon, Esav went to the Ishmaelites for advice. They said, “The Canaanites, the Prizites, etc. also claim the land. Take the money, and Yaakov will be left with nothing.” Esav did so, whereupon Yaakov said, “Now leave my land.” Esav did so, and as a reward, his descendants received the Roman Empire.

R’ Palagi continues: In this light we may understand the verse (Yeshayah 58:14), “Then [i.e., if you honor Shabbat] you shall be granted pleasure with Hashem and I shall mount you astride the heights of the world; and I will provide you the heritage of your forefather Yaakov.” Why is Eretz Yisrael called, “the heritage of [our] forefather Yaakov” rather than the heritage of Avraham or Yitzchak? Because it was due to the special efforts of Yaakov Avinu that Eretz Yisrael was preserved for us and for no one else. (Artzot Ha’chaim p.22)

R’ Shlomo Alkabetz z”l (1505-1584; author of the Friday night hymn Lecha Dodi, among other works) writes that Yaakov referred in this verse not (only) to Esav, but to Esav’s descendant, Haman who planned “to exterminate all Jews, young and old, children and women” (Esther 3:13). Thus, immediately after Yaakov’s prayer (32:14), the Torah says, “He spent the night there.” Note that the final letters of the (Hebrew) words in this phrase spell “Haman.” Also, the word “night” appears three times in our chapter, alluding to the three days and nights of the fast that Mordechai and Esther decreed. (Manot Ha’levi to Esther 7:7)

“Accept my tribute from me, inasmuch as I have seen your face, which is like seeing the face of Elokim.” (33:10)

Why did Yaakov tell his servants who took gifts to Esav to point out that Yaakov would soon follow in person? Also, what did Yaakov mean when he equated seeing Esav to seeing the face of Elokim? R’ Shlomo Kluger z”l (1783-1869; rabbi of Brody, Poland) explains:

Halachah requires that just as there were representatives of the Kohanim and Levi’im present in the Bet Hamikdash every day, so there must be representatives of the Yisraelim (the “Anshei Ma’amad”) present every day. The Gemara (Ta’anit 26a) explains this by asking rhetorically, “Is it conceivable that a person’s sacrifice could be offered and he is not present?!” R’ Kluger asks: Why is it so inconceivable that a person’s sacrifice could be offered when he is not present?

Another question: We read (Bereishit 18:8) that when Avraham served food to his guests, “He stood over them beneath the tree and they ate.” What does the Torah mean to teach us?

Says R’ Kluger: When a person offers food to a guest, he may have one of two motives–either to feed a hungry person or to honor the guest. How can we tell what the host’s motives are? When the main purpose is to relieve the guest’s hunger, then the food is the main thing. The host need not “offer himself” to the guest as well, i.e., he need not be present. On the other hand, if the main point is to show honor to the guest, then the host’s presence is more important than the food.

When we offer sacrifices in the Bet Hamikdash, we do so to honor Hashem. Obviously, He does not need our food. That is why it is inconceivable that our sacrifices could be offered without our representatives standing nearby. That also is why Avraham stood over his guests while they ate. Although they may have been hungry (assuming he did not know they were angels), he wanted to honor them with his presence as well.

This was Yaakov’s message to Esav: I am not sending you a gift because I think you need it. I want to honor you, and I am following right behind my gift. And when Esav balked at accepting the gift, saying (33:9), “I have plenty,” Yaakov reiterated: Seeing your face is like seeing the face of Elokim, i.e., my whole intention was to bring an offering to someone who does not need it, merely in order to show him honor. (Ma’amar Esther to Esther 5:8)

“He said, ‘No longer will it be said that your name is Yaakov, but Yisrael, for you have struggled with the Divine and with man and have overcome.” (32:29)

R’ Shaul Yisraeli z”l (1909-1995; rabbi of Kfar Ha’roeh, Israel and a rosh yeshiva in Yeshivat Merkaz Harav) asks: Since Yaakov left the struggle with the angel with a dislocated thigh, in what sense can it be said that Yaakov overcame the angel?

He answers: Our Sages say that the angel with whom Yaakov fought was the guardian angel of Esav and is synonymous with the yezter hara and the satan. The Gemara (Chullin 91a) also says that this angel first appeared to Yaakov in the guise of a Torah scholar. The struggle was not a physical one, but rather a spiritual one. Only when the angel could not weaken Yaakov spiritually did it resort to harming him physically. Yaakov won the fight because his adversary did not succeed in representing Torah falsely and had to show his true colors as an enemy of religion. (Siach Shaul)

R’ David ben Zimra z”l (Radvaz; late 1400s-late 1500s; Chief Rabbi of Egypt) writes: According to the Peshat, this Mitzvah hints to us, Yaakov’s descendants, that we will suffer at the hands of the nations, especially the descendants of Esav, but we will never be wiped out. The angel who fought with Yaakov was the guardian angel of Esav, and he wanted to eradicate Yaakov and his children. He was unable to do so, so he tried to maim Yaakov. Then (verse 32), “The sun rose for him as he passed Penuel, and he was limping on his hip.”

Similarly, though the nations of the world may harm us, in the end we will see the fulfillment of the verse (Malachi 3:20), “For you who revere My Name, a sun of righteousness will shine forth, with healing on its wings.” (Metzudat David)

“As for me — when I [Yaakov] came from Padan, Rachel died on me in the land of Canaan on the road, while there was still a stretch of land to go to Efrat; and I buried her there on the road to Efrat, which is Bet Lechem.” (48:7)

Rashi z”l explains Yaakov’s words: “I buried her there and did not carry her even the short distance to Bet Lechem. I know that, in your heart, you [Rachel’s son, Yosef] feel some resentment against me. Know, however, that I buried her there by the command of G-d.” Rashi continues: The future proved that G-d had commanded Yaakov to do this so Rachel might help her children when [the Babylonian general] Nevuzaradan took them into captivity. When they were passing along that road, Rachel came out of her grave and stood by her tomb weeping and beseeching mercy for them, as it is said (Yirmiyah 31:14), “A voice is heard in Ramah, [the sound of weeping; Rachel weeping for her children].” The Holy One, blessed be He, replied to her (verse 15), “There is a reward for your work, . . . and your children will return to their own border.” [Until here from Rashi]

R’ Avigdor Nebenzahl shlita (former Chief Rabbi of the Old City, among other positions) asks: Bet Lechem is south of Yerushalayim, while the road from Yerushalayim to Bavel (Babylon) goes northward, through the Fertile Crescent; how then did the exiles pass the burial place of Rachel on their way to Bavel?

He explains: We read in Eichah (1:19), “I called for those who loved me, but they deceived me.” Our Sages explain that, at the time of the destruction of the Bet Hamikdash, the Jewish exiles sought assistance from their Ishmaelite cousins, but the latter deceived them and caused many Jews to die of thirst. The Ishmaelites, notes R’ Nebenzahl, lived in Arabia, which is south of Yerushalayim. Thus, the Jewish exiles would have passed the burial place of Rachel before beginning their journey northward to Bavel. This explains, as well, writes R’ Nebenzahl, why it took a year-and-a-half for the exiles to reach Bavel, which is what the chronology in Tanach implies. (Yerushalayim B’mo’adehah: Bein Ha’meitzarim p.44)