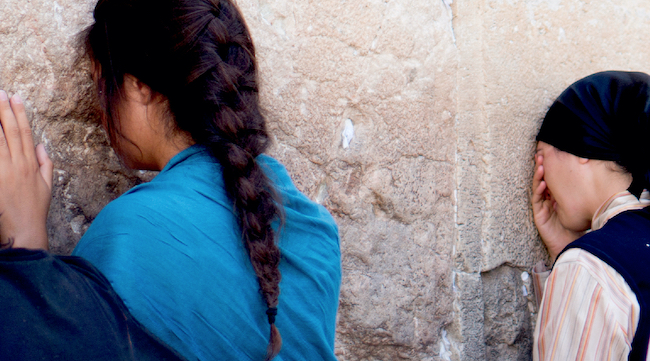 Still Doing a World of Good 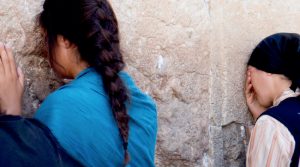 And HASHEM said, “Shall I conceal from Avraham what I am doing? And Avraham will become a great and powerful nation, and all the nations of the world will be blessed in him. For I have known him because he commands his sons and his household after him, that they should keep the way of HASHEM to perform righteousness and justice, in order that HASHEM bring upon Avraham that which He spoke concerning him.”(Breishis 18:17-19)

And Sarah said, “G-d has made joy for me; whoever hears will rejoice over me. “And she said, “Who would have said to Avraham that Sarah would nurse children, for I have borne a son to his old age!” (Breishis 21:6-7)

Sarah would nurse children: Why is “children” in the plural? On the day of the feast, the princesses brought their children with them, and she nursed them, for they were saying, “Sarah did not give birth, but brought in a foundling from the street.” – Rashi

Why did HASHEM need to tell HASHEM about the destruction of Sodom in advance? The verse spells out the reason. It is somewhat clear but there are some important questions here. Avraham is a “partner” with HASHEM and he will instruct future generations in the ways of HASHEM. It needs to be clear to Avraham, so he could educate future generations that the elimination of Sodom was not even slightly unjust. That’s the simple approach.

However, as a result of Avraham’s hearing about the impending doom he launches into a lengthy prayer and dialogue with HASHEM, pleading his case for saving people of those condemned cities. Ultimately, he is unsuccessful and his prayer seems to be for no benefit. Why would HASHEM invite Avraham to engage in an exercise in futility like praying for a hopeless situation?! Is that how one deals with a trusted “partner”?

I heard an answer to this question, years back. No prayer goes unanswered. It was because Avraham would have righteous progeny that would be going in the ways of HASHEM. Sure, HASHEM prompted him to Daven but his prayers did not go for naught. They would be necessary to protect and preserve future generations in ways that we could never know. This may help account for the longevity and incredible durability of the Jewish People.

Similarly, we find that Sarah was barren and when she finally had a child, Yizchok she declared, “Who would have said to Avraham that Sarah would nurse children…” That’s peculiar! Sarah had only one child. Why does the Torah say “children”, plural. Rashi explains that people from all over came to verify that Sarah had really given birth and so they brought their children to nurse by Sarah.

Here’s another approach! Rashi explains why HASHEM made it so that the great mothers of the Jewish People were initially barren. He says that, “HASHEM desires the Tefillos of Tzadikim”. What does that mean? From the beginning of creation, we find that HASHEM did not bring rain until there was a man to pray for and appreciate it. Certain life ingredients are not delivered unless there is a prior prayer, a requesting, entreating agent!

The Talmud tells us that HASHEM says about Chanina Ben Dosa, “Chanina My son, he survives on a handful of carobs, from week to week and yet the whole world is sustained through his prayers”. That means that the poorest man who is praying for survival is actually feeding the world with his Tefillos. Amazing!

Since Sarah was praying for a child and the world was being populated with “children” due to the powerful appeal of her prayers. She is responsible for the blessing of children in the world, and her prayers were not just the people of her time but for future generations as well.

No prayer is lost! Every prayer is answered. Recently we lost a very dear friend. A world of Tehillim and Tefillos were launched to forestall what was happening but it happened anyway. I am sure many were disappointed thinking their prayers were not answered. At the Shiva I felt comfortable enough to share with the family and those who had organized the recitation of all those Tehillim, that the Niftar had lived a generous and selfless life and not one of those prayers was lost. They are being delivered, in his merit, to special places at critical times and they’re still doing a world of good!