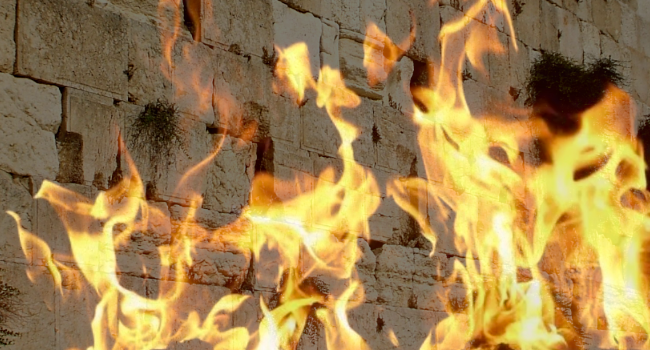 The Pandemic, Disaster and the Churban Bais Hamikdosh 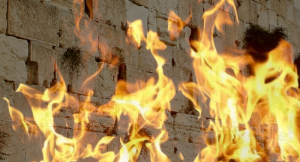 The Chofetz Chaim writes that the only thing holding back Moshiach and the Bais Hamikdosh is that we are not pleading for them… (Shem Olam). This is surprising. For many hundreds of years Hashem has withheld these brochos from us, and all we need to do is plead?

We find in the heliga sefer Me’or Einayim (Devorim): The Gemara (Mo’ed Katton 16b), tells us that Hashem makes a decree, but the tzadik annuls it. The Zohar (1:45b) asks: How can this be? The tzadik thwarts the will of Hashem? Answers the Zohar: Hashem delights in the dialogue with the tzadik — it is among Hashem’s greatest pleasures. In other words, Hashem wants the tzadik to intervene. Your prayer, uttered with intense concentration, can give Hashem great pleasure! (Of course, we’ll say we’re not tzadikim, and cannot daven with such concentration… Nonetheless, we can certainly try, and our efforts can bear fruit.)

Nothing happens without asking for it (Ramban, Shmos). If we do ask, our greatest aspirations can indeed come about. But you must ask!

So there we have what the Chofetz Chaim said. Hashem wants you to immerse yourself in prayer, to beg and plead for the geula… Unfortunately, we are stuck in our lethargy, our complacency.

The Pandemic and Disaster

These years have seen incredible hardships for the world. Many died from the pandemic, many suffered economically, many were isolated and lonely. From far-away China, the entire world shattered. Woe for us, if we don’t take lessons to heart. Yet, many denied that the situation was serious.

From the Hospital Bed

During the waning months of the pandemic in the US, I had major surgery and spent four weeks in hospitals. I had to learn to turn over in bed, get up, walk — just like a newborn infant. Chazal say that Hashem resides above the sick man, and I felt this strongly. The constant lesson: Don’t take anything for granted! The ability to do the smallest physical act is an unbelievable miracle! Hashem is close to you, whatever you need, speak to Him. Ask, plead… it won’t happen by itself; you must make the request!

So, too, when it comes to the pandemic. Don’t take anything for granted. You might suddenly find that you must remain in place; you can’t go to shul or the grocery store! The basic freedoms that we have come to expect are not guaranteed. Just as my illness taught me not to expect anything, tragedies remind all of us not to take anything for granted. Tell Hashem what you need, but don’t expect that it will happen by itself, without the request.

Regarding the pandemic, people clamor: Return to normal! But there is no source for such a prayer.

In tefila we ask for return:
1. Return us to Your Torah… Bring us back in teshuvah…
2. Return our judges… our advisors…
3. Return the avodah to the Bais Hamikdosh… (1)
4. Who returns His presence to Tziyon…

These are not returning to ‘normalcy’ — ‘normalcy’ for hundreds of years has been galus — but we are asking for geula! Return us to the exalted state of the ancients! Next year in Yerushalayim — rebuilt Yerushalayim!

We’ve had so many tragedies of late. Unfortunately, people tend to shrug them off and not take them to heart. The lesson of the tragedies and the Churban Bais Hamikdosh is to aspire to something beyond our daily lives. To aspire to the truly great things. We must be shaken from our complacency. Don’t take your basic rights for granted! It’s not entitlement; Hashem gives us so that we can direct our energies towards His service. “Return us — return us to the great heights of the ancients!” This must be our prayer!

We cannot, however, aspire to great things with machlokus in our midst.

The Chofetz Chaim, too, would not tolerate machlokus in the frum camp. Rav Shachna Zohn reprinted a letter from the Chofetz Chaim some thirty five years ago (it can be found in Rav Zohn’s sefer, Ateres Yaakov). The letter is remarkable for its sensitivity and wisdom.

One excerpt: “Originally, the Litvaks had the gedolei Torah; the Chasidim had the gedolei avodah. Today, however, the Chasidim also have gedolei Torah, and the Litvaks also have gedolei avodah. There is no longer any significant difference between them.” To the Chofetz Chaim, it was a simple matter. Differences in custom and attitude are superficial, it is the Torah and avoda that unite us.