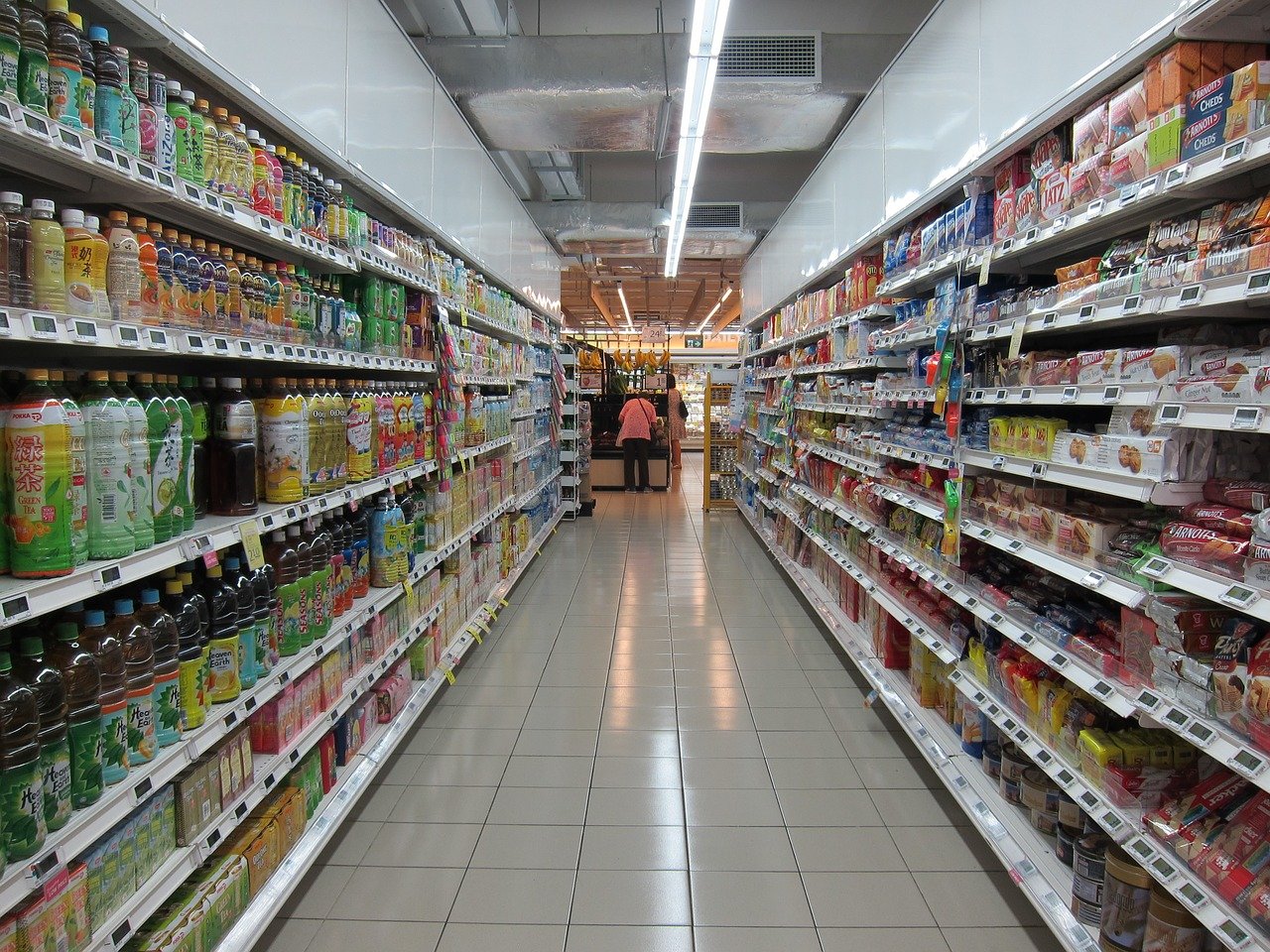 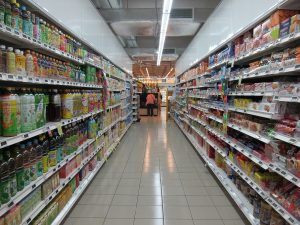 We read in our Parashah how Esav sold the Bechorah / birthright for a bowl of stew. That section of the Parashah concludes: “ Yaakov gave Esav bread and lentil stew, and he ate and drank, got up and left; thus, Esav spurned the Bechorah.” R’ Avraham Yoffen z”l (1887-1970; rosh yeshiva of the Novardok Yeshiva in Bialystok, Poland; New York and Yerushalayim) explains that until Esav finished eating and left, we could have judged him favorably. Perhaps he traded the Bechorah for stew because he genuinely believed that he was about to starve to death. Not so once he ate and left, without ever trying to retract the bargain that he had made. Now we can be confident that he in fact spurned the Bechorah. The Torah is not criticizing Esav for selling the birthright. Rather, he is criticized for his apathy toward the Bechorah.

R’ Yoffen continues: If Esav had weighed the two sides of the question, if he had considered the issue with the proper seriousness, then even if his Yetzer Ha’ra had over-powered him and he had chosen the stew over the birthright, we would be able to justify his decision. However, Esav felt no inner conflict about giving up the Bechorah, which is an indication of how corrupt his way of thinking had become.

Rashi z”l writes that when Esav said, “Look, I am going to die, so of what use to me is a birthright?” he meant, “I am afraid be the firstborn, because that would require me to serve as Kohen, with all its complicated Halachot.” This, too, demonstrates how corrupt Esav was, notes R’ Yoffen. Someone clever and brave enough to murder and pillage is not clever and brave enough to master complicated Halachot?! (Ha’mussar Ve’ha’da’at)

“The first one emerged red, entirely like a hairy mantle; so they named him ‘Esav.’ After that his brother emerged with his hand grasping on to the eikev / heel of Esav, so he named him ‘Yaakov’.” (25:25-26)

Why does the verse say regarding Esav, “They named him,” while of Yaakov it says, “He named him”?

R’ Zalman Sorotzkin z”l (1881-1966; rabbi of Lutzk, Poland; later in Israel) answers: Esav was a very unusual-looking baby, and many curious people came to look at him. They all agreed that Esav was a fitting name for such a baby, as that name means “fully formed.” Yaakov was a normal-looking baby, so no one paid attention to him. Only his father named him. (Oznayim La’Torah)

Rashi z”l writes about Yaakov: “The Holy One, blessed be He, so named him. Another explanation is: his father called him Yaakov because he was grasping Esav’s heel.”

He answers: Maybe, in fact, Hashem called him Yaakov for a different reason, i.e., because he was destined l’akov / to outwit Esav (see below). In contrast, it is obvious from our Parashah that Yitzchak did not know what interactions Yaakov and Esav would have, so he could not have named Yaakov with that reason in mind.

In this light, R’ Pinchas adds, we can understand the verse (27:36): “[Esav] said, ‘Is it because He named him “Yaakov” that he outwitted me these two times? — He took away my birthright and now he took away my blessing!’” [Esav did not say, “You named him Yaakov,” but rather “He named him Yaakov,” referring to Hashem.] Esav meant: I understand that Yaakov’s name indicates that he was destined to outwit me, but did he have to outwit me twice? Hashem’s decree would have been fulfilled if Yaakov had outwitted me only once. (Berit Shalom)

R’ Ovadiah Sforno z”l (1470-1550; Italy) offers a different reason for why Hashem named our patriarch “Yaakov.” He writes: [The eikev / heel is the “end” of the person.] Yaakov’s name alludes to the fact that his descendants will be the nation that remains at the end of time, as is written (Yirmiyah 46:28), “I shall make an end of all the nations where I have scattered you; [but] of you I shall not make an end.” (Be’ur Seforno)

The word “tam” literally means perfect or complete. R’ Yechezkel Sarna z”l (1890–1969; Rosh Yeshiva of the Chevron Yeshiva) observes that there is a Mitzvah (Devarim 18:13), “Be tamim!” R’ Sarna explains:

One might brush-aside his inadvertent sins, saying, “It was an accident. I didn’t mean it, so how much can it count?” However, just as one who breaks his wrist by accident is no longer perfect in a physical sense, so one who sins, even inadvertently, is no longer perfect in a spiritual sense. The mitzvah to be tamim instructs us that it is a blemish on one’s soul if he lets his spiritual guard down even to a limited extent. (Daliot Yechezkel Vol. II, p. 24)

R’ Mordechai HaKohen z”l (1523–1598; Tzefat, Eretz Yisrael; later, rabbi of Aleppo, Syria) asks: Yitzchak was a wealthy man; why did he need Esav to hunt for him? Rather, this verse should be read as follows: Yitzchak expressed love for Esav in the hope that Esav would repent. Esav was the “game” in Yitzchak’s mouth, not the other way around. This is why Yitzchak was so soft-spoken with Esav, as we read: “He summoned Esav, his older son, and said to him, ‘My son’.” (27:1); “He said, ‘Here I am; who are you, my son?’” (27:18); etc.

Alternatively, suggests R’ Mordechai, Yitzchak expressed more love for Esav than for Yaakov in order to create jealousy between them, so that Yaakov would keep his distance from Esav and not be influenced by him.

In light of either of the above explanations, continues R’ Mordechai, we can understand why the verse does not say, “Yitzchak loves Esav” (in present tense), as it says, “Rivka loves Yaakov.” Rivka’s love for Yaakov had a spiritual foundation and therefore is permanent. Yitzchak’s love for Esav was intended to satisfy a need that existed at the moment. (Siftei Kohen)

“All the wells that his father’s servants had dug in the days of Avraham his father, the Pelishtim stopped up, and they filled them with earth.” (26:15)

Why did the Pelishtim fill up the wells that Avraham dug? R’ Yehonatan Eyebuschutz z”l (Central Europe; 1690-1764) explains:

We read (20:1), “Avraham journeyed from there to the region of the south and settled between Kadesh and Shur, and he sojourned in Gerar.” Rashi z”l explains: “When Avraham observed that the cities [of Sdom and Amorah] had been destroyed and travelers ceased to pass by he went away from there.” Avraham–and, likewise, Yitzchak–wanted to live in a place where there were travelers so that they could perform chessed and teach people about Hashem. Avraham dug wells in order to encourage travelers to pass that way. The Pelishtim stopped up the wells to foil Avraham’s plans and prevent him from spreading knowledge of Hashem. (Tiferet Yehonatan)

“Avraham journeyed from there to the region of the south and settled between Kadesh and Shur, and he sojourned in Gerar.” (20:1)

R’ Yehosef Schwartz z”l (1805-1865; Germany and Eretz Yisrael; Torah scholar and geographer) writes: “Shur” is outside of Eretz Yisrael to the east, while “Gerar” clearly is in the western part of Eretz Yisrael. Therefore, we are forced to interpret the verse as saying that Avraham first settled between Kadesh and Shur, and later sojourned in Gerar. R’ Schwartz adds: Among the evidence that Gerar is in Eretz Yisrael is the fact that the Romans called the area around Be’er Sheva “the district of Gerar.” Today, [in 1845, when R’ Schwartz published his work], we have no inkling of Gerar’s location. [However, a footnote to the third edition of R’ Schwartz’s work identifies Gerar as “Uhm Jerar” south of Gaza.] (Tevuot Ha’aretz p.150)

Rashi z”l writes (in our Parashah – 26:2) that Yitzchak thought of going down to Egypt as his father Avraham had done in time of famine, but Hashem said to him, “Do not go down to Egypt, for you are an unblemished burnt-offering [because he was offered as a sacrifice at the Akeidah], and residence outside of the Holy Land is not befitting you.” Instead, the Torah relates, Yitzchak went to Gerar in the land of the Pelishtim.

R’ Yoel Teitelbaum z”l (1887-1979; Satmar Rebbe) writes: The Gemara (Ketubot 110b) teaches, “Anyone who lives outside of Eretz Yisrael is akin to an idol worshiper.” The Gemara learns this from the future King David’s statement, said when he was fleeing from King Shaul (Shmuel I 26:19), “They have driven me away today from attaching myself to the heritage of Hashem, as if to say, ‘Go worship the gods of others’.” David was chased out of Eretz Yisrael, and he equated it with being told to worship idols.

This is difficult to understand, however, the Satmar Rebbe notes. David made this statement when he was hiding in the lands of the Pelishtim. But, according to Rashi, that must be part of Eretz Yisrael, or Yitzchak could not have gone there! We must conclude, the Satmar Rebbe answers, that living in a part of Eretz Yisrael which is controlled by idolators is equivalent to living in the diaspora. (Va’yoel Moshe Part I, ch.5, p.25)