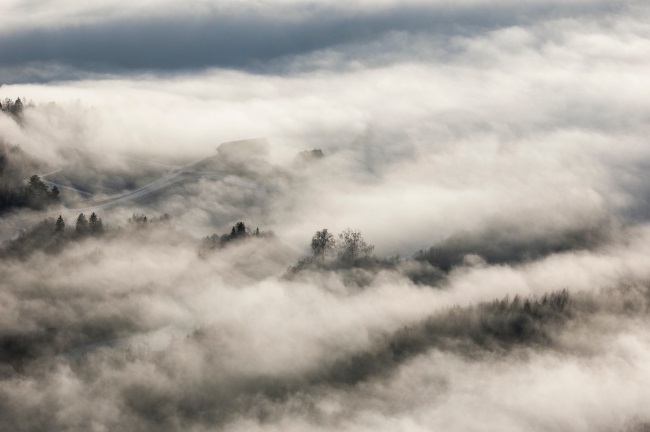 The Culmination of the Exodus 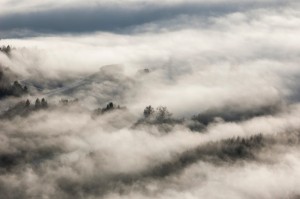 Our Parashah ends with a “Cloud” covering the newly-completed Mishkan and the “Honor of Hashem” filling that structure. R’ Moshe ben Nachman z”l (Ramban; 1194-1270; Spain and Eretz Yisrael) writes that this is, in fact, the culmination of the Exodus. He explains:

Ramban continues: The Book of Shmot is meant to describe the exile that was foretold in Bereishit and to relate the salvation from that exile. The exile was not completed until Bnei Yisrael returned to the level of the Patriarchs. When they left Egypt, although they no longer were slaves, Bnei Yisrael were still “in exile,” because they were “in a land that was not theirs” when they were wandering in the desert. When they came to Har Sinai, built the Mishkan, and Hashem again rested His Shechinah among them, then they returned to the lofty level of their Patriarchs. Only then were they considered to have been redeemed. That is why this book abut the Exodus ends with the building of the Mishkan and Hashem’s Honor filling it. (Commentary on the Torah: Introduction to Shmot)

“Vayakhel / Moshe assembled the entire assembly of Bnei Yisrael and said to them, ‘These are the things that Hashem commanded, to do them’.” (35:1)

R’ Yaakov Leiner z”l (Izhbitzer Rebbe; died 1878) writes: The reason there is no mention here of a command from Hashem is that the very fact that there was an assembly indicates that it was orchestrated by Hashem. When people get along, we can be sure that Hashem has connected them. While we do find an “assembly” in the context of making the Golden Calf (Shmot 32:1), [which obviously was not orchestrated by Hashem,] that was a gathering of people with many different agendas; there was no unity. Here, in contrast, there was unity, because Moshe enlightened Bnei Yisrael to the fact that all of their souls originated from one place, and the only difference between them is that each soul shines through its unique “window,” so-to-speak. Each soul represents one aspect of Hashem’s Will; together, we accomplish Hashem’s complete plan. If a person understands this, R’ Leiner writes, then his prayers have the status of Tefilah B’Tzibbur / communal prayers even when he prays alone, because he is not praying for himself, but rather for the fulfillment of Hashem’s Will, of which each person plays only a part. (Bet Yaakov)

R’ Shmuel Tzvi Danziger z”l (1860-1923; Aleksander Rebbe) asks: Why does the verse say, “These are the things that Hashem commanded,” when only one Mitzvah follows (i.e., the Mitzvah of Shabbat)? He explains:

These verses are a prelude to putting up the Mishkan, the subject of the rest of our Parashah. That, in turn, was intended to bring about the revelation of Hashem’s Presence. Says R’ Danziger: There are two things in particular that the Jewish People can do to promote that result: (1) be united, and (2) keep Shabbat. The fact that unity brings about the revelation of Hashem is hinted to in the word in our verse, “Adat” / “assembly of,” which has the same Hebrew letters as “Da’at” / “knowledge [of Hashem],” as in (Divrei Ha’yamim I 28:9), “Da / Know the Elokim of your father and serve Him.” The fact that Shabbat brings about the revelation of Hashem is hinted to in the words of the Shabbat Mincha prayers: “You are One and Your Name is One, and who is like Your nation, Yisrael, one nation in the world!” We say these words because, through the light of the holiness of Shabbat, a person merits to know that Hashem is One and that everything comes from Him.

In this light, we understand why Moshe said, “These are the things. . . ,” i.e., what he did — assembling Bnei Yisrael together, to teach the importance of unity — and what thing he said — observe Shabbat. (Tiferet Shmuel)

Rashi z”l writes: The word “Mishkan” is mentioned here twice to allude to the Bet Hamikdash, which was taken as a Mashkon / pledge, so-to-speak, by being twice destroyed for the Jewish People’s sins. [Until here from Rashi]

R’ Shlomo Wolbe z”l (1914-2005) notes that a Mashkon is the property of its original owner even when it is in the possession of the creditor. It follows that the Bet Hamikdash still belongs to the Jewish People [i.e., we still have a connection to it] even though we do not possess it. (Shiurei Chumash)

“Moshe saw the entire work, and behold! — they had done it as Hashem had commanded, so had they done! And Moshe blessed them.” (39:43)

R’ Yitzchak Schwadron z”l (1856-1919; rabbi of Khotymyr, Ukraine; father of the “Maggid” R’ Sholom Schwadron z”l) asks: What is added by the seemingly superfluous phrase, “so had they done”? He explains:

The same thing, he continues, was true of the Mishkan. That is why the Gemara (Berachot 55a) states that Betzalel, the lead artisan of the Mishkan, “knew how to combine the letters with which Hashem created the world.” In other words, he understood the Kabbalistic secrets represented by the design of the Mishkan.

Not everyone who worked on the Mishkan understood those secrets, but they still managed to construct the Tabernacle and its vessels properly. Therefore our verse says, “Moshe saw the entire work, and behold! — they [i.e., Betzalel and others who understood the secrets] had done it as Hashem had commanded, [and] so had they [the rest of the volunteers] done!”

Our verse concludes: “And Moshe blessed them.” Our Sages relate that his blessing was: “May the Shechinah rest on your handiwork.” R’ Schwadron explains: Moshe blessed the people that their work should have the desired effect even though they had not understood its full significance. (Techeilet Mordechai: Mat’amei Yitzchak)

R’ Michel Zilber shlita (rosh yeshiva of the Zvhil yeshiva in Yerushalayim) writes: At first glance, it would appear that, because Bnei Yisrael were oppressed and subjugated in Egypt and, in order to redeem them, Hashem “needed” to exert His power to take them out, including performing open miracles–therefore, we have a Mitzvah to relate the story of the Exodus so as to remember the miracles and give thanks for them.

In fact, the opposite is true. The reason Hashem performed miracles was so that we will tell our children about them and thereby strengthen our Emunah and our knowledge that Hashem is directly involved in our lives. This is stated expressly in the Torah (Shmot 10:1-2), “I have made his heart and the heart of his servants stubborn so that I can put these signs of Mine in his midst, and so that you may relate in the ears of your son and your son’s son that I made a mockery of Egypt, and My signs that I placed among them — that you may know that I am Hashem.”

R’ Zilber continues: Look how beloved the Mitzvah of relating the story of the Exodus is to the Jewish People! In the Book of Shoftim, we read that an angel appeared to the (future) leader Gidon ben Yoash, and Gidon said to him (6:13, as explained by Rashi z”l), “Last night was the Seder night, and my father read Hallel and said, ‘When our forefathers left Egypt.’ Where,” asked Gidon, “are all the wonders about which my father spoke to me?”

Gidon’s father was an idol worshiper, R’ Zilber notes. Nevertheless, he held a Seder and told his children about the Exodus. You may ask: If even idolaters like Yoash have a place at the Seder, why is the wicked son in the Haggadah told that he has no place? The answer, R’ Zilber writes, is that Yoash was a sinner, but he did not abandon the Jewish People. The wicked son is worse than a sinner; when he says, “What is this service to you?” he affirmatively separates himself from the Jewish People. (Haggadah Shel Pesach Ba’yam Derech p.96)