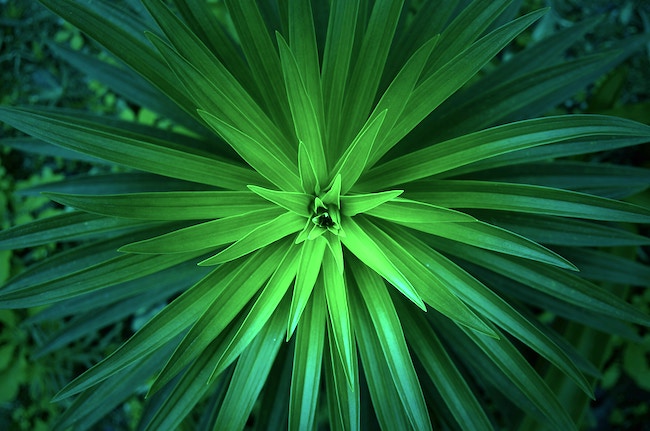 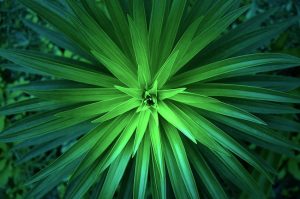 Sponsored by
Harold and Gilla Saltzman,
on the yahrzeit of his mother
Rebecca Saltzman
(Rivka Rachel bas Yehuda Leib a”h)

The Edeson & Stern families
on the marriage of Sammy Edeson to Kathy Elo,
on the engagement of Max Edeson to Sarah Barth,
and on the anniversary of
the Bar Mitzvah of Jacob S. Edeson a”h

At the beginning of this week’s Parashah, Avraham is commanded to travel to a land that Hashem will show him, which turns out to be Eretz Yisrael. R’ Yehuda Halevi z”l (Spain and Eretz Yisrael; approx. 1075-1141) explains: After Avraham, the choicest of the choicest people, had climbed the ladder of perfection and was ready to cling to the “Inyan Eloki” (the special revelation of Hashem to those who toil to attain the highest level of completeness that a human can attain) he was removed from his native land to the only place where he could attain absolute completeness. This is analogous to what a farmer would do if he found a sapling growing in rocky soil; he would uproot it and replant it in fertile soil.

Likewise, Avraham’s descendants experienced Nevu’ah / prophecy specifically in Eretz Yisrael, continues R’ Yehuda Halevi. As long as they lived in the Land, there were many prophets among them [the Gemara states that there were 1.2 million prophets in all], for the Land offered many conditions that helped them prepare themselves for prophecy. Among the favorable conditions there was the offering of Korbanot / sacrifices, but the most favorable condition was the closeness to the Shechinah. Indeed, the “Inyan Eloki” is, so-to-speak, on the lookout for worthy individuals, such as Nevi’im / prophets and Chassidim / pious people, on whom to rest. (Kuzari 2:14)

R’ Ovadiah Seforno z”l (1470-1550; Italy) explains: These words are a command. They cannot mean, “Give Hashem a blessing,” as our blessings do not add anything to Hashem’s greatness. Indeed, what can we give Him? Rather, when we bless Hashem, we are expressing our desire that He will be pleased with us. In that vein, our verse–“Be a blessing!”–commands us to cause Him to be pleased with us.

R’ Ovadiah elaborates: Hashem’s goal for creation can be attained only through man’s exercise of his Bechirah / Free Will. Therefore, Hashem commanded Avraham, “Be a blessing,” meaning, “Make the effort to acquire perfection and to teach others to do the same [for that is what pleases Hashem].

In this light, adds R’ Ovadiah, we can understand the exchange recorded in the Gemara (Berachot 7a): Hashem said to the Kohen Gadol, “Yishmael, My son, bless Me.” The Kohen Gadol replied, “May it be Your will to have mercy on Your sons [so that You will be pleased with them].” (Beur Ha’Seforno; Shiurei Rabbeinu Ovadiah Seforno)

R’ Joseph B. Soloveitchik z”l (1903-1993) explains Avraham’s question and Hashem’s response. Avraham asked: “How can I be confident that my descendants will remain devoted to the Land which You are promising them?” Hashem answered: “Know with certainty that your children will suffer a long exile during which they will pine for the Land. During the long night of the exile, they will have one dream, one hope–to reach Eretz Yisrael. This will ensure that they will remain forever loyal to the Land.” (Quoted in Haggadah Shel Pesach: An Exalted Evening p.55)

“He said to Avram, ‘Know with certainty that your offspring will be aliens in a land not their own, they will serve them, and they will oppress them four hundred years. But, also the nation that they will serve, I shall judge, and afterwards they shall leave with great wealth’.” (15:13-14)

R’ Moshe Alsheich z”l (1508–1593; Tzefat, Eretz Yisrael) asks: If the promise of great wealth is meant to be a consolation for 400 years of exile and slavery, is there any reasonable person who would agree to such a deal? Moreover, even if the wealth received at the time of the Exodus would compensate the generation of the Exodus, what about to their parents and grandparents who died in slavery before the Exodus? In any event, does G-d lack gold and silver, such that the only way He could enrich his “firstborn” (Bnei Yisrael) is by enslaving them and then giving them their oppressors’ wealth? Lastly, doesn’t this promise give inordinate importance to material wealth, which is insignificant in G-d’s eyes?

It must be, R’ Alsheich writes, that the “great wealth” described in our verse does not refer to gold and silver. Rather, Hashem is promising Avraham a different “treasure”: that his descendants’ enslavement will purify them of the effects of Adam’s sin and will prepare them to accept the Torah and to be free of the Yetzer Ha’ra forever. (Torat Moshe)

R’ Yitzchak Maltzen z”l (1854-1916; Lithuania and Eretz Yisrael) cites R’ Alsheich’s questions and his answer, and writes: Many other commentaries offer similar explanations, and they strengthen their arguments with various proofs. Nevertheless, we are faced with our Sages teaching: “A verse cannot be separated from its Peshat / plain meaning”? Moreover, the Torah mentions three times that Bnei Yisrael were instructed to obtain gold, silver and other items from the Egyptians! Would the Torah mention something three times if it were worthless?

R’ Maltzen explains: One of the purposes of our exiles has been to place us in settings where we can inspire the nations of the world to recognize Hashem. However, this can happen only when the Jewish People are wealthy and powerful; then, we and our beliefs are admired. Thus, following the Exodus, great personalities such as Yitro and Rachav converted. Similarly, the first Bet Hamikdash, in the glory days of King Shlomo, attracted many gentiles. In contrast, the second Temple, built when Israel was a vassal state of Persia, did not have a similar impact.

Avraham Avinu’s mission in life was to spread knowledge of Hashem. Therefore, it would have been particularly meaningful to him to be informed that his descendants would depart Egypt in circumstances that would enhance their ability to influence others, i.e., with great wealth. (Haggadah Shel Pesach Si’ach Yitzchak p.4a)

“Those whose hope is in Hashem will exchange their strength.” (Yeshayah 40:31)

R’ Yitzchak of Volozhin z”l (1780-1849; rabbi and Rosh Yeshiva of Volozhin) writes in a footnote to his father’s commentary on Pirkei Avot: The word “exchange” is to be taken literally. One who studies Torah with all his powers exchanges physical strength for spiritual strength. If one does not put his physical strength into his studies, he will not take spiritual strength out of his studies. For this reason, R’ Yitzchak explains, Torah scholars are referred to as “Those who have acquired wisdom,” i.e., they have paid for it. (Ruach Chaim 1:1)

This week, we continue to excerpt from the introduction to Pe’at Ha’shulchan, on the Halachot specific to Eretz Yisrael, by R’ Yisrael of Shklov z”l (1770-1839). In this selection, he describes his teacher, R’ Eliyahu z”l (1720-1797; the Vilna Gaon).

Our holy and pious teacher was a pearl with no imperfections, like someone from the earlier generations, as the seventy works he authored testify. . . All the works that he authored were written before he was 40 years old. After that he did not write anything; only through his students [who recorded his teachings]. He was like a flowing spring with which no one could to keep up. I heard from his great son, who heard from him, that he [the Gaon] had 150 explanations of just one verse in Shir Ha’shirim. However, there was no scribe who could write fast enough to record them, and the Gaon himself did not want to devote his time to this task [since it would detract from learning].

I cannot refrain from publicizing an incredible story that I heard from the holy mouth of the close student of our holy teacher, my beloved, may he rest in peace . . . R’ Menachem Mendel z”l [of Shklov] from Yerushalayim . . . When R’ M.M. completed the commentary on Shir Ha’shirim that he received from the Gaon, the Gaon was in a cheerful mood, rejoicing over the Torah he had learned. He called to [some family members] and ordered that the door and the windows be closed. He lifted his eyes to Heaven with great Deveikut / attachment to Hashem, with a blessing and praise to His great Name that He allowed him [the Gaon] to bask in the Torah’s light.