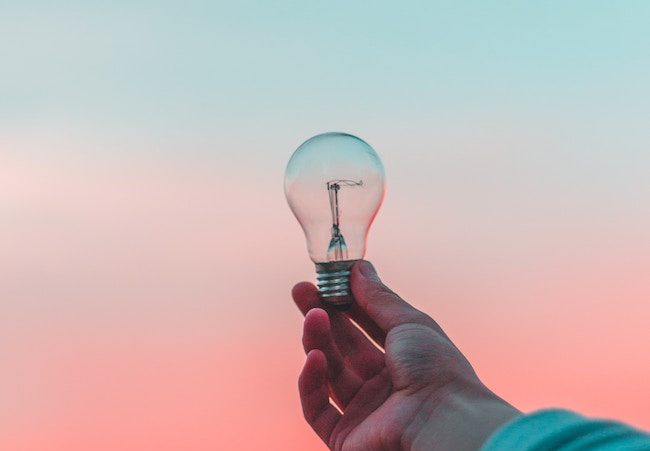 It’s the Thought That Counts! 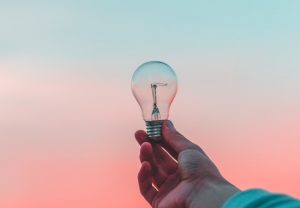 On this day, the 20th of Iyar, in the second year after the Exodus, Bnei Yisrael journeyed away from Har Sinai. Midrash Yelamdenu criticizes Bnei Yisrael, saying that they left Har Sinai “like a child fleeing from school.” How are we to understand this? Doesn’t the Torah (Bemidbar 10:11) say that Hashem commanded Bnei Yisrael to travel? Indeed, at that point, before the sin of the Spies, they were destined to enter Eretz Yisrael almost immediately, which itself would have given them a great spiritual “lift”!

R’ Nosson Zvi Finkel z”l (1849-1927; the Alter of Slobodka) explains that Hashem judges not only our actions, but the attitudes that accompany those actions. Our Sages’ criticism of Bnei Yisrael is not for the act of traveling, but for the feelings with which they traveled. Though they left Har Sinai for the noblest of reasons–to travel to Eretz Yisrael–they still should have felt some regret over leaving Har Sinai. Apparently they did not; in some measure, however small, they were glad to leave the place where they had learned so much Torah. (Ohr Ha’ztafun Part I, p.203)

R’ Yaakov Yisrael Baifus shlita add: Bnei Yisrael’s experience is relevant to each of us. Granted, there are times when one must stop learning Torah to attend to other matters. However, the midrash is teaching, when one must close his Sefarim / Torah books, it should be done with regret, not like a child happily fleeing from school. (Lekach Tov p. 94)

“If you will say, ‘What will we eat in the seventh year? — behold! We will not sow and not gather in our crops!’ I will ordain My blessing for you in the sixth year and it will yield a crop sufficient for the three year period.” (25:20-21)

R’ Yosef Yoizel Horowitz z”l (the Alter of Novardhok; died 1919) asks: When would a person ask this? If it is before the sixth year, who thinks so far ahead to the Shemittah year? If it is in the sixth or seventh year, the blessing will already have come, so what will there be to worry about?

R’ Horowitz answers: In fact, it is human nature to worry about even the distant future. Already in the first year of the Shemittah cycle, people are inclined to worry about what they will eat in the seventh year.

The verse before the above verses says, “The land will give its fruit and you will eat your fill; you will dwell securely upon it.” R’ Horowitz explains that this verse is not a promise but a commandment. “Don’t worry about the Shemittah. Don’t store away food during the non-Shemittah years in preparation for the Shemittah. Rather, I command you to eat your fill of the fruits of the first six years, and to feel secure about the future.” (Madregat Ha’adam: Darchei Habitachon Ch. 6)

Rashi z”l explains: This refers to useless work assigned for the sole purpose of vexing the slave. Do not say to him, for example, “Warm this drink for me,” when you, in fact, don’t want the drink. Likewise, don’t say, “Hoe beneath this vine until I return.” The latter is oppressive because he doesn’t know when you are expected to return and his toil will end.

Rashi continues: Perhaps you will say, “No one besides me knows whether the work is necessary or not, so I will tell the slave that it is necessary”! Indeed, that is your secret; therefore, the Torah says, “you shall fear your Elokim.” [Until here from Rashi on our Pasuk]

Commentaries notes that “B’farrech” is the same word the Torah (Shmot 1:13) uses to describe the enslavement of Bnei Yisrael in Egypt. There, however, Rashi explains the word differently. He writes: “It refers to hard labor that crushes the body and shatters it.”

R’ Zalman Sorotzkin z”l (1881-1966; rabbi of Lutzk, Poland; later in Israel) comments that there are multiple ways of working someone B’farrech / oppressively. The Egyptians forced Bnei Yisrael to perform physically oppressive labor. Here, the Torah is prohibiting mentally oppressive labor–a category that includes both useless labor and labor that has no end in sight. (Oznayim La’Torah)

R’ Shlomo Pappenheim z”l (1740-1814; Dayan / rabbinical court judge in Breslau, Germany) writes: “B’farrech” shares a root (Peh-Reish-Kaf) with “Parochet,” the curtain that separated the Kodesh Ha’kodashim from the rest of the Mishkan. That root relates to making separations, whether it is a separation within the Mishkan (“Parochet”) or an interruption in a slave’s work (“Farrech”).

An Eved Ivri may not be forced to do work that is “Farrech” / interrupted, writes R’ Pappenheim. Much worse than the physical torture of having to perform hard labor, he explains, is the psychological torture of constantly being pulled from one task to another and never having the satisfaction of finishing a job. That is what the Egyptians did to our ancestors in Egypt and it is what we may not do to an Eved Ivri. (Yeriot Shlomo p.842)

The anonymous 14th century work, Sefer Ha’chinuch, states: Although this Mitzvah does not apply in our times, because one cannot own an Eved Ivri, a person should observe the “idea” behind this Mitzvah in his dealings with poor people who are members of his household. He should bear in mind that wealth and poverty are part of the circle of life and are determined by Hashem, who gives wealth to whomever He wants, for as long as He wants and not an instant longer. (Sefer Ha’chinuch 346)

R’ Chaim of Volozhin (1749-1821) writes: Mitzvot run away from man. Therefore, our Sages taught, “Just as Matzot require guarding [hence, “Shemurah Matzah”], so Mitzvot require guarding.” And, they said, “When a Mitzvah comes your way, do not allow it to become Chametz,” i.e., do not delay performing it.

He continues: An Aveirah is the opposite; it chases after man. The Yetzer Ha’ra works much harder than the Yetzer Ha’tov, for so the Creator decreed.

Alternatively, R’ Chaim writes, our Mishnah is teaching that running after a Mitzvah is itself part of the Mitzvah. If a person just waits until a Mitzvah comes his way, he will never perform it, for the Yetzer Ha’ra will overpower him.

Also, the Mishnah is teaching that one should run after the Mitzvah, not after its reward. Some might argue: I am performing the Mitzvah to gain a reward, but that is correct, for I am “helping” G-d fulfill His “desire” to reward man. The test of whether this is one’s honest opinion is whether he is just as happy if someone else steals a Mitzvah from him and thereby earns its reward. Would he say, “I am happy, because G-d is able to fulfill His goal of rewarding someone.” Or, would he be angry. If the latter, then he really did not have G-d’s “desire” in mind. (Ruach Chaim)

Siddur Avodat Yisrael cites a custom to recite Psalm 112 on the Shabbat on which Parashat Behar is read. Accordingly, we present here verses from, and commentaries on, that Psalm.

R’ Samson Raphael Hirsch z”l (1808-1888; Germany) writes: Psalm 112 gives us an account of the happiness that a man who fears Hashem and faithfully obeys His Torah can enjoy. As stated in the previous chapter (Psalm 111), a truly G-d fearing person is one who fulfills Hashem’s precepts purely for their own sake and without any ulterior motives. In fact, according to the first Pasuk of our Psalm (“Hallelukah / Praise G-d! Happy is the man who fears Hashem, who strongly desires His commandments”), only a person who is selfless, who fears Hashem, and who faithfully complies with the Divine commandments will stride to salvation. Indeed, as the next verse (“His descendants will be mighty in the land, a blessed generation of upright men”) teaches, even the prosperity and happiness of his descendants will be based upon the foundations thus laid by him. His own life, verses 3 and 4 (“Wealth and riches are in his house, and his righteousness lasts forever. A light shines for the upright in the darkness; he is gracious, compassionate, and beneficent”) tell us, is happy and serene even in days of trouble. Nor does he merely “stride forward” to what is good; by his conduct (as described in verses 5-9: “All goes well with the man who lends generously, who conducts his affairs with equity. He shall never be shaken; the beneficent man will be remembered forever. He is not afraid of evil tidings; his heart is firm, he trusts in Hashem. His heart is resolute, he is unafraid; in the end he will see the fall of his foes. . . .”) he actually has already acquired that which is good. He goes through life calmly and without fear; he scatters good wherever he goes; and he reaps the laurels of honor while he is still on Earth.