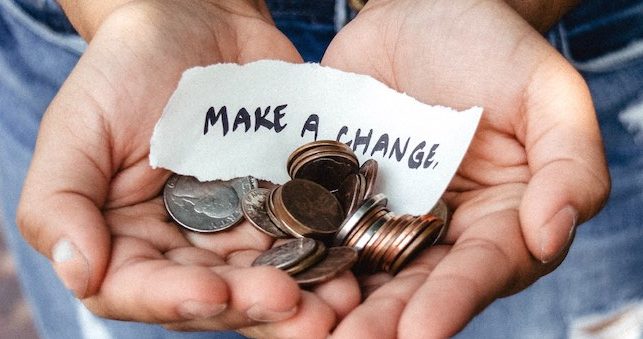 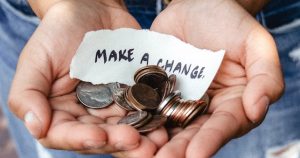 R’ Moshe Schwab z”l (1918-1979) writes: With the arrival of the month of Elul, we are faced with the question, “What is Elul?” How is this month different from every other month?

R’ Yisrael Salanter z”l said, “Every month should be Elul, but Elul is Elul.” R’ Schwab explains: All year long, a person should act the way we try to act during Elul. At least, when Elul arrives, one should be aware that his life, both the material and spiritual aspects, hangs in the balance. This is true of oneself, of one’s family, and of every member of the Jewish People.

A person who knows that he has a court date in the distant future does not let his life be overshadowed by that upcoming event. However, as that date looms near, the litigant begins to fixate on it. So should we be when Elul approaches. All year long, we know that Rosh Hashanah is in the distant future, and we ignore it. When Elul comes, it is time to start focusing on our upcoming court date. Chazal say that on Rosh Hashanah, “Every living creature passes before Hashem.” This really means, “Every living creature.” There are no exceptions. (Ma’archei Lev Vol. I, p. 57)

R’ Yaffe continues: In several places in the Talmud, we read that there was a Halachic dispute between Bet Hillel and Bet Shammai, but, then, “Bet Hillel changed their minds and ruled like Bet Shammai.” Since everyone now agrees what the Halachah is in those cases, why mention at all that Bet Hillel once argued? asks R’ Yaffe. Rambam z”l explains that the purpose is to teach us the trait of truth-seeking. When the scholars of Bet Hillel heard the opposing view and recognized it as more correct, they did not hesitate to change their position.

R’ Yaffe concludes: When a person pursues truth, his life is a different life. Pursing truth is pursuing G-d, for, we are taught, His seal is truth. (Shma Bni)

“So that his heart does not become haughty over his brethren and not turn from the commandment right or left, so that he will prolong years over his kingdom, he and his sons amid Yisrael.” (17:20)

R’ Hillel Lichtenstein z”l (rabbi of Kolomea, Galicia) writes: We learn in Pirkei Avot, “If his fear of Heaven precedes his wisdom, his wisdom will persist.” Fear of Heaven is the foundation for remembering one’s Torah studies.

This may be alluded to in our verse, R’ Lichtenstein writes. Our Sages say that if one is haughty, his wisdom will be forgotten. And, there is an expression in the Gemara, “Who are royalty? Torah scholars!” Thus, our verse could be read: If one is not haughty and one does not deviate right or left from the mitzvot, i.e., he has fear of Heaven, then he and his descendants will remain royalty, i.e., Torah scholars. (Shiyarei Maskil 1:4)

“According to all that you asked of Hashem, your Elokim, in Chorev on the day of the assembly, saying, ‘I can no longer hear the voice of Hashem, my Elokim, and this great Eish / fire I can longer see, so that I shall not die’.” (18:16)

R’ Yosef Gikatilla z”l (1248-1310; Spain) writes: Based on our verse, we can understand the statement in the Pesach Haggadah, “‘With great awe’ (Devarim 26:8) — this alludes to the revelation of the Shechinah.” If the revelation at Har Sinai was so frightening to that holy and pure generation, surely when Hashem reveals Himself to ordinary people it will cause great awe, dread and trembling. (Haggadah Shel Pesach Tzofnat Paneach)

“The officers shall continue speaking to the people and say, ‘Who is the man who is fearful and fainthearted? Let him go and return to his house . . .’.” (20:8)

The Midrash Sifrei teaches: “‘Who is the man who is fearful and fainthearted?’–Rabbi Yosé Ha’Gelili says, ‘This refers to a person who is 40 years old’.” [Until here from the Midrash]

R’ Zvi Binyamin Auerbach z”l (1808-1872; rabbi of Halberstadt, Germany) notes that this Midrash appears to contradict the Gemara (Sotah 43a), which attributes to the same Sage, Rabbi Yosé Ha’Gelili, a different explanation of our verse: “This refers to a person who is afraid of his sins.” Some say that, indeed, there were different traditions about what Rabbi Yosé Ha’Gelili actually said.

However, R’ Auerbach writes in the name of his teacher, R’ Yehuda Leib Karlburg z”l (Germany; died 1835), the two explanations can be reconciled. We are taught that Teshuvah / repentance is complete when a person finds himself in the same situation in which he previously sinned and he does not sin again. Once a person turns forty, however, the hotheadedness and wildness of youth have largely worn off; therefore, a forty year old can never experience the same challenges that he experienced as a youth, and his repentance for the sins of his youth will be less than complete. In this light, the two statements of Rabbi Yosé Ha’Gelili are one and the same: “Who is the man who is fearful and fainthearted?” Rabbi Yosé Ha’Gelili says, “This refers to a person who is 40 years old” and, therefore, “is afraid of his sins.”

Nevertheless, R’ Auerbach adds, King David already prayed that Hashem should accept such a person’s Teshuvah in any event. This is the meaning of the verse (Tehilim 79:8, recited as part of the weekday Tachanun prayer), “May Your mercies meet us swiftly, for we have become exceedingly impoverished,” i.e., lacking strength with which to sin and, therefore, unable to repent completely. (Cheil Ha’tzava p.109)

These words were said by the elders of a city in proximity to which a corpse was found. Our Sages ask: Would we think for a moment that the elders murdered a hapless traveler? Rather, the elders are saying: We did not see this traveler. Had we seen him, we would have given him provisions for the road, which might have saved his life.

Siddur Avodat Yisrael cites a custom to recite Psalm 17 on the Shabbat on which Parashat Shoftim is read. Accordingly, we present here verses from, and commentaries on, that Psalm.

Reading the word “Tzeddek” as an allusion to “Tzedakah” / charity, Midrash Shocher Tov teaches: Come and see how great is the power of Tzedakah! Just for giving a Perutah (a very small coin) to a pauper, the giver merits to “welcome the Face of the Shechinah.”

The Midrash offers another interpretation: Why did King David see fit to describe the power of Tzedakah? To teach that even Resha’im / wicked people, who have no merit except that they gave charity, merit to “welcome the Face of the Shechinah.” Thus it is written (Yeshayah 40:5), “The Glory of Hashem will be revealed, and all flesh as one shall see that the mouth of Hashem has spoken”–all will see, both the righteous and the wicked.

R’ Yaakov Yisrael Halevi Stern z”l (Maggid /preacher in Kremenets, Volhynia, now Ukraine; died 1799) writes: The Zohar teaches that if one toils in Torah study, the angel of death has no power over him. How then did Moshe Rabbeinu die? He was not put to death by the angel of death; rather, he attached himself to Hashem and his soul left him. [Until here paraphrased from the Zohar]

R’ Stern explains: Hashem shows a Tzaddik the reward that is awaiting him so that his soul will want to leave the body and cling to Hashem. Thus, says our verse, “While awake [i.e., alive], I will be sated by Your image [i.e., the revelation that I will be close to You].” (Shevet M’Yisrael)