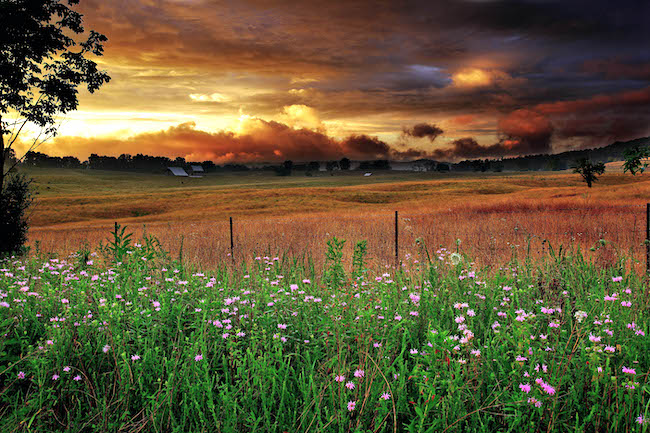 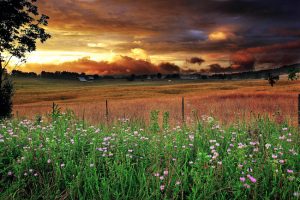 Parashat Behar opens: “Hashem spoke to Moshe on Har Sinai, saying, ‘. . . When you come into the land that I give to you, the land shall observe a Sabbath rest for Hashem. For six years you shall sow your field . . .’” Our Sages (quoted by Rashi z”l) ask: Why does the Torah mention that the laws of Shemittah were given at Sinai? To teach that just as every detail of Shemittah’s laws was given at Sinai, so every detail of the Torah was given at Sinai. [Until here from Rashi]

R’ Pinchas Menachem Alter z”l (1926-1996; Gerrer Rebbe) observes that “Sinai” is mentioned in connection with other Mitzvot too. Why, then, is the above lesson taught here of all places?

The Gemara (Sanhedrin 39a) asks: What is the reason for Shemittah? It answers: “The Torah says, ‘Plant for six years and rest in the seventh year, so that you will know that the land is Mine’.” It appears from here, says the Gerrer Rebbe, that planting during the six years also is a Mitzvah, provided that it is done with the same faith in Hashem with which one rests in the seventh year. (This is why, says the Rebbe’s grandfather, the Sefat Emet, the consequence of not keeping the Shemittah is exile. If we lack the faith in G-d necessary to keep the Shemittah, then we also will not plant with faith. In that case, we have no business being on the Land.)

The whole world was created so that we can keep the Torah; when we observe the Torah, we testify that Hashem created the world. We bear the same testimony when we live a life imbued with the message of the Shemittah. This is why it is appropriate to compare the entire Torah to Shemittah, as in the Rashi quoted above. (Pnei Menachem)

During the 49 days of the Omer, we are supposed to be preparing ourselves to receive the Torah on Shavuot, the 50th day. But what if Shavuot comes and we realize that we have not prepared at all? It is taught that one should not become depressed, for, on Shavuot itself, one can make-up all of the spiritual gains that he should have accomplished during the Omer.

The same, says the Stropkover Rebbe, is true of the Yovel / Jubilee year, which has additional holiness compared to other years. The repetition of the word “year” in our verse teaches that one can attain in one year everything that he should have achieved in the preceding 49 years. This is similar to that which Rambam writes: “Even the repentance of one who does not repent until he is on his death bed is accepted.”

Why is it that one can repent in his old age after a lifetime of sinning? Why is it that one can accomplish in a short time (in the 50th year or on Shavuot) what one should have spent a long time accomplishing? Our verse tells us the answer: Such a person is merely returning to his ancestral heritage. In reality, no Jew ever lets go of that heritage completely, whether he realizes it or not. (Divrei Yechezkel Shraga Vol. III)

“If you will follow My decrees and observe My commandments and perform them; then I will provide your rains in their time, and the land will give its produce and the tree of the field will give its fruit.” (26:3)

R’ Chaim of Valozhyn z”l (Belarus; 1749-1821) asks: The Torah promises many material rewards to those who study Torah and observe the Mitzvot. Why, then, do we observe that so many Tzaddikim are poor and hungry?

He explains: The performance of Mitzvot awakens a great flow of bounty from the Heavens to the earth. However, when the number of people performing Mitzvot is relatively small, the number of channels through which that bounty can flow is likewise small. By rights, the bounty should flow only to those who are performing Mitzvot. However, Hashem is merciful, so He takes from the bounty and shares it, even with those who are not deserving.

Indeed, continues R’ Chaim, the Tzaddik himself may end up with nothing. Thus, the Gemara (Berachot 17b) quotes Hashem as saying about the sage Rabbi Chanina ben Dosa: “The entire world is sustained ‘Be’shvil’ My son Chanina, while My son Chanina is satisfied with a Kav / two quarts of carobs each week.” “Be’shvil” can mean “because of,” but it also, “in the path of” – i.e., the entire world is sustained through the “channel” created by Rabbi Chanina ben Dosa.

Of course, R’ Chaim writes, the Tzaddik is not really left with nothing! Rather, teaches the Gemara (Chagigah 15a), a Tzaddik receives a Rasha’s portion in the World-to-Come in addition to his own portion. Since the undeserving receive the portion of the righteous in this world, it is only fair that the righteous receive recompense in the World-to-Come. (Ruach Chaim 1:3)

“I am Hashem, your Elokim, Who took you out of the land of Egypt from being their slaves; I broke the staves of your yoke and I led you standing straight.” (26:13)

R’ Yitzchak Arieli z”l (1896-1974; co-founder and Mashgiach of Yeshivat Merkaz Harav; author of Enayim La’mishpat) explains: Not only will Hashem remove the yoke of exile from our necks, He will break the yoke entirely. Moreover, we will not be left bent and crippled by the yoke of the exile. Rather, Hashem will lead us standing straight to our Land, as if we had never borne a yoke. Our ultimate return to Eretz Yisrael will not be a flight from exile; it will be a proud return to our Land — standing tall! (Haggadah Shel Pesach Shirat Ha’geulah p.82)

How is it just if we are persecuted seven ways for our sins?

R’ Levi ben Gershon z”l (“Ralbag”; 1288–1344) explains: We read (Shmot 34:7), “[Hashem] recalls the iniquity of parents upon children and grandchildren.” The Gemara (Berachot 7a) asks why children should be punished for their parents’ sins, and it answers that the verse refers to children who follow in their parents’ evil ways.

Why is that just? Ralbag explains: G-d doesn’t bring suffering as a punishment. Rather, as a kindness, He brings suffering upon us to motivate us to change our ways. The more ingrained a bad behavior is, the greater the push that is needed to change that behavior. If a bad behavior has been present in a family for several generations, the suffering needed to help a person unlearn that behavior is greater than what is needed if the behavior is new. That is what the Gemara cited above is teaching.

Likewise, Ralbag explains, our verse is speaking of repeated bad behavior. Therefore, Hashem says that we will be persecuted seven ways for our sins–not as a punishment, but as a kindness He will do for us. (Commentary to Yehoshua 7:1-12)

“Then they will confess their sin and the sin of their forefathers, . . . I, too, will behave toward them with casualness, and I will bring them into the land of their enemies.” (26:40-41)

Why, if Bnei Yisrael confess their sins, will Hashem behave toward them with casualness and bring them to the land of their enemies? R’ Moshe Freidiger z”l (communal leader in Pest, Hungary) explains:

Teshuvah means confessing one’s sins and not making excuses. Here, Bnei Yisrael will confess, but they will justify their actions by saying that their forefathers acted the same way. Such “teshuvah” will be rejected. (Quoted in Otzrot Tzaddikei U’geonei Ha’dorot)

The “ten utterances” are the nine times in the first chapter of Bereishit that the Torah says, “He said,” plus the word “Bereishit” itself, for with that word Hashem began Creation. Because Hashem “troubled” Himself, so-to-speak, to create the world in ten steps, instead of in one step, the wicked are deserving of greater punishment and the righteous are deserving of greater reward. (Rashi z”l)

R’ Yosef Ze’ev Lipovitz z”l (1886-1962; a leading student of the Alter of Slabodka z”l; Rosh Yeshiva in Tel Aviv) writes: Had the world been created with one utterance, we would never know who was more important than whom. All creations — inanimate things, animals, and humans — would have been equal. But, now that the world was created in ten steps, we know that mankind is the pinnacle of Creation.

Of course, notes R’ Lipovitz, this knowledge imposes a burden on man. Specifically because man is so great, he is responsible for preserving Hashem’s creation by obeying G-d’s Will.

R’ Lipovitz adds: Before the Torah was given and mankind learned the above lesson, man was a prisoner of nature. Every tree, waterfall, storm, bird, animal, etc. was a force to be worshiped, and man bowed his head to it. The Torah, however, frees man from such beliefs and teaches that mankind is loftier than any other creation. Though man was created last, he was first in the Creator’s plan, say our Sages. (Nachalat Yosef Al Ha’Torah p.138)