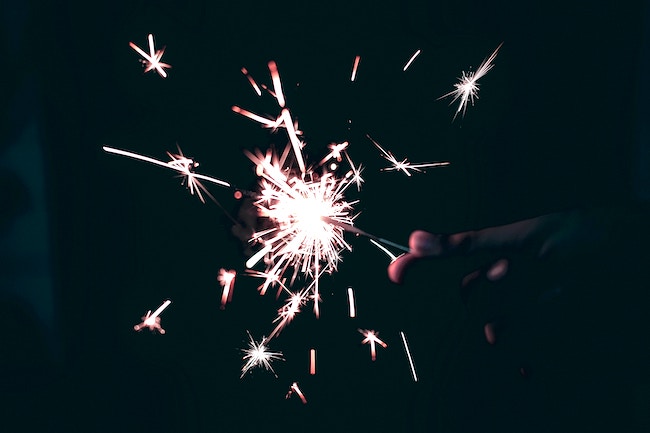 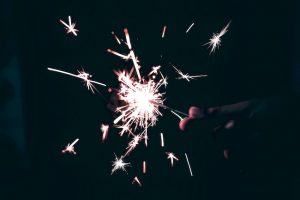 And Yosef replied to Pharaoh, saying, “Not I; God will give an answer [that will bring] peace to Pharaoh.” (Bereishis 41:16)

The world had changed dramatically during those 189 years though. When Mordechai and Esther engineered their turn of events, prophets still walked the face of the earth. When Mattisyahu and his sons carried out theirs, prophecy was long gone and hester panim—the hiding of God’s face—had become quite intense.

The way we celebrate the two holidays actually reflects this difference of realities. Purim is so pro-active, with so much to do within the 24 hours of the holiday: Megillah, Matanos L’Evyonim, Mishloach Manos, and of course, the Mishteh—the Drinking Feast!

Chanukah, on the other hand, is so passive. You CAN make a seudah, but you don’t HAVE to. It’s a “Mitzvah Reshus.” Basically, the only “real” mitzvah is the lighting of the Menorah, at least once candle each night, and just hang around it, without actually using its light, for about a half-hour. Latkes and sufganiot are purely optional, not even a “Mitzvah Reshus,” AND very high in calories.

It makes Chanukah seem like a “tag on,” holiday, one that just happened to occur deep in the Greek exile because it just had to. Purim has this biblical feel to it, but not Chanukah. Chanukah barely feels rabbinic, more historic, a mere commemoration of an incredible event.

But what would you say if I told you that all of history until Chanukah was just to make the holiday of Chanukah a reality? Even Purim was just a build up to Chanukah, and that Chanukah is the main one we hold onto in order to have safe passage to the Messianic Era, when the light of Chanukah will shine every day so that Chanukah can stop being only an eight-day holiday.

Let me suggest an analogy. Let’s say a father wants to give his business over to his son. In the beginning, when the son first shows up at work to start learning the ropes, the father is around a lot. And he also has his employees direct the son and help him whenever he needs help.

But as time goes on and the son starts to become more comfortable around the office, becoming very familiar with all the intricacies of the business, the father feels less of a need to watch over his son’s shoulder. He deliberately backs off and gives his son space to start acting and feeling more like a boss.

Eventually, the father removes himself altogether, and leaves the entire business in the hands of his son. He may check up on the business from time to time, and perhaps even offer some advice every once and while. But for the most part, the father backs off altogether to let his son do his own thing.

Hester panim, the hiding of God’s face, is always a double-edged sword. On one hand, it allows for people to deny God’s existence and turn their back on Torah. On the other hand, it affords a person the opportunity to emphasize their belief in God and Torah by doing His will at a time that His existence is not obvious.

Likewise, there are two levels on which history can be understood. In the Garden of Eden, God’s Presence was inescapable. Even after leaving, he still spoke to people, and that lasted well past half of history, until 3448, or 313 BCE. This is why even the Jewish enemies, will all their idol worship, still acknowledge the reality of the Jewish God, and on occasion, even showed Him respect.

But God had been weaning Himself out of history the entire time. One way or another, God has made it increasingly more difficult to “see” Him. Today, it is the hardest of all thanks to science, which has done an incredible job of demystifying Creation to such an extent that scientists and evolutionists feel completely confident in their heretical point of views.

But as Chazal says, a light burns brightest, even a small one, when it is darkest. Like the moon told God, what good is light when it is already bright? Now the light of the moon is brilliant against the dark night sky, together with its accompaniment of stars.

We all like to live in light. People get depressed just when the days get shorter in the wintertime. Night is compared to death. People are afraid of the dark, and often rightfully so.

But on the other hand, a person can look at the darkness as a time for their own personal light to shine. Amongst other luminaries, their light might just be invisible. But in the dark, even a small light is noticeable for quite a distance. That’s why the Chanukah rebellion was so small, to emphasize how, during dark times, the few can overcome the many, that is, small lights can conquer great darkness.

That is our opportunity whenever darkness encompasses us on any level, in any place, being it physical darkness or emotional darkness. It doesn’t really matter. Either way it is an opportunity to give off light to a dark world, and make a great difference to Creation and history.

Like the father who runs the business, God was very available in the “early years.” It was harder to reveal God because He was already so revealed by Himself. Prophecy. Miracles. They all screamed out that God was alive and well and functioning in history, so the main test was making sure you served the RIGHT God, and in the RIGHT way.

Like the father who gives his business to his son, God, in a sense, has given Creation over to man. Oh, He’s always there running things from behind the scenes, because, after all, He’s God. How can He NOT be involved in everything.

But He does it in a way that allows people to step forward and make it look as if THEY are the ones revealing God in the world. It is OUR job primarily to do that which makes the existence of God real for man, so that they can acknowledge His existence, and relate to him. Chanukah made, MAKES that perfectly clear.

And so do these parshios. Since the Parashas Vayishlach, the world of Ya’akov’s family has become increasingly darker. Things kept going wrong, and becoming worse. Until these week’s parsha, which is perfect for Shabbos Chanukah. This is when Ya’akov Avinu and Yosef HaTzaddik show their family, and future generations, how to illuminate the darkness, and use it to reveal God, not further hide him.

After all, Egypt was a VERY dark place, spiritually. And yet Potiphar first, and then Pharaoh himself, the “king of darkness” acknowledged the reality of God. They even turned to Yosef because of his connection to God, a HUGE Kiddush Hashem. He was a brilliant light anyhow, but Yosef’s light was even more brilliant because of where it gave off light.

That’s why there are so many important hints to Chanukah in these parshios (which you can learn about in my books, “The Light of 36,” and “Once Revealed, Twice Concealed”). Chanukah is the thread that unites all of history, and it is certainly the light that unifies all of these parshios, and eventually Ya’akov’s family.