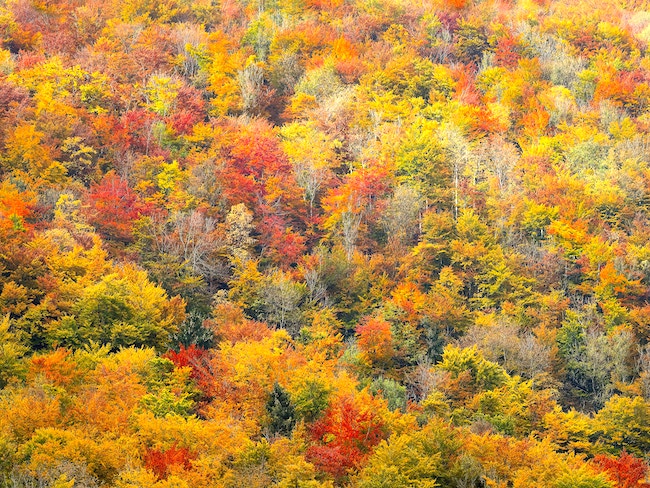 What a Wonderful World! 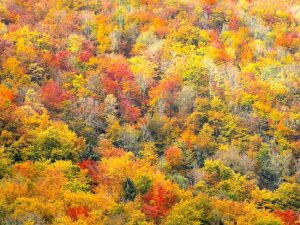 R’ Yechezkel Sarna z”l (1890-1969; Rosh Yeshiva of the Chevron Yeshiva in Yerushalayim) writes: For the most part, Parashat Bereishit is far above and beyond our understanding, as R’ Moshe ben Nachman z”l (Ramban; 1194-1270; Spain and Eretz Yisrael) writes in his Torah commentary. Nevertheless, the foundational lesson that is learned from Ma’aseh Bereishit/ the Story of Creation is for every Jew; it is the foundation of Torah and Avodah / Divine service. What we must take away from Bereishit, continues R’ Sarna, is not merely the Emunah / belief that Hashem created the world, a belief without which we have nothing. More than that, we are obligated to get to know the created world, to recognize its inherent worth, its essence, man’s connection to it, and man’s obligation to say, “All of this was created for me.” Man’s ability to understand the depth of his own obligation in this world depends on the clarity with which he recognizes that the world was created for him. When our Sages say (Sanhedrin 37a), “Every person is obligated to say, ‘The world was created for me’,” they mean that literally: “Every person.”

Midrash Kohelet Rabbah relates: When Hashem created Adam, He took him on a tour and showed him all the trees of Gan Eden. He told Adam, “Look how beautiful and worthy of praise My handiwork is. Everything I created, I created for you. Take care not to destroy My world, for if you do destroy it, no one after you will repair it.” This Midrash is teaching the above lesson, writes R’ Sarna. (Daliot Yechezkel Vol. 1, p.7)

“And Elokim said, ‘Let us make Man in Our image, after Our likeness. They shall rule over the fish of the sea, the birds of the sky, and over the animal, the whole earth, and every creeping thing that creeps upon the earth’.” (1:26)

At first glance, it might seem incongruous that man is described as being created in G-d’s image and, in the very same verse, is assigned the task of ruling over all the wildlife of the world. However, explains R’ Shlomo Eliasof z”l (1841-1926; leading early 20th century Kabbalist; grandfather of R’ Yosef Shalom Elyashiv z”l), this verse is teaching that it is as a result of being used by mankind that all of these creatures will attain the purpose for which they were created. Indeed, man is commanded to use the animals of the world in order to elevate them. (Quoted in Niglot Leshem Shevo V’achlamah)

R’ Chaim Friedlander z”l (1923-1986; Mashgiach Ruchani of the Ponovezh Yeshiva) observes that our Sages derive two seemingly unrelated lessons from our verse. One is that our world was created using the letter “Heh” (ה). The letter Heh has a large opening on the bottom, symbolizing that a person who wishes to sin and “drop out” can do so easily. The other lesson relates to the fact that the letters of the Hebrew word “B’hi’bar’am / when they were created” can be rearranged to spell “with Avraham,” teaching that the world was created in the merit of our Patriarch. Which of these lessons a person follows–that he can “drop out” or that he can be a worthy inhabitant of Avraham’s world–is up to his own Bechirah / free will. (Siftei Chaim: Moadim I p.32)

“Hashem Elokim took the man and placed him in the Garden of Eden, to work it and to guard it.” (2:15)

R’ Moshe Isserles z”l (“Rema”; 1530-1572; rabbi of Cracow, Poland, and author of the glosses on Shulchan Aruch that adapt that work for Ashkenazim) writes that the Kohen Gadol’s service on Yom Kippur parallels the service that Adam was supposed to perform in the Garden of Eden. Just as the Kohen Gadol is the representative of all of the Jewish People, so Adam was the representative of all of mankind. Just as the Kohen Gadol enters the Holy of Holies only after seven days of preparation (see Yoma 2a), so Adam was “prepared” for seven days before he was created, i.e., the six days of Creation, plus the “day” before Creation, when Hashem, so-to-speak, had the “idea” to create man. (Torat Ha’olah, ch.59)

R’ Yitzchak Isaac Chaver z”l (1789-1852; rabbi of Suvalk, Lithuania, and a prolific author in all areas of Torah study) notes that these verses use two different verbs that, at first glance, mean almost the same thing: “sent” (Shin-Lamed-Chet) and “drove away” (Gimel-Reish-Shin). He explains the difference between them as follows:

The verb “to send” (Shin-Lamed-Chet) refers to sending someone on a mission, with the expectation that he will accomplish his mission and return. In contrast, the verb “to drive away” (Gimel-Reish-Shin) refers to a situation in which one person is angry with someone else–for example, when an employer is angry at his previously trusted servant–and doesn’t want to see him again.

R’ Chaver continues: Both of these concepts are apropos to Adam’s expulsion from Gan Eden. The original plan was that Adam would live tranquilly in the Garden of Eden, where he would find it easy to serve Hashem and where he would bask in the light of the Shechinah / Divine Revelation. However, when he sinned, he fell from this lofty level, such that man no longer can achieve perfection without exerting significant effort to study Torah and perform Mitzvot. For that purpose, man must be in our material world until he finishes his life’s work, at which time he returns to Gan Eden.

R’ Chaver concludes: The same two factors are at play in the Jewish People’s exile from Eretz Yisrael. Had we merited, we would have lived in Eretz Yisrael as tranquilly and as spiritually as Adam was meant to live in the Garden of Eden. But we sinned, so we were driven from the Land. At the same time, the exile also serves a purpose, for our dispersion throughout the world allows us to “collect sparks of holiness” wherever they may be found. In that sense, our exile is a mission. (Si’ach Yitzchak: Likkutim)

“And Hevel, he also brought of the firstlings of his flock and from their choicest.” (4:4)

R’ Yaakov Zvi Mecklenburg z”l (1785-1865; rabbi of Koenigsberg, Germany) writes: The words “he also” seem superfluous. Perhaps, they are a description of Hevel. He was a person full of good traits–“also” this trait and “also” that trait. (Ha’Ketav Ve’ha’kabbalah)

R’ Yisrael of Shklov z”l (1770-1839) was a student of R’ Eliyahu z”l (1720-1797; the Vilna Gaon) at the end of the latter’s life. He was chosen to prepare the Vilna Gaon’s commentary on the Shulchan Aruch for publication and, later, was one of the leaders of the Aliyah to Eretz Yisrael by students of the Vilna Gaon and their families. R’ Yisrael wrote several Torah works of his own, including Pe’at Ha’shulchan on the Halachot specific to Eretz Yisrael. The following is the beginning of R’ Yisrael’s introduction to that work:

Blessed is the Elokim of Yisrael “from world to world” [paraphrasing Tehilim 41:14], i.e., from the loftiest of all the worlds to the lowliest world on the ladder [alluding to the dream of Yaakov Avinu], for He has given us the Torah of truth, hewn with fire [see Shekalim 16b] and given with fire, as is written (Devarim 33:2), “From His right hand He presented the fiery Torah to them.” Through the Torah, in His wisdom and understanding, He melded together two worlds [the spiritual and physical worlds], and He implanted eternal life within us. But, just as the soul is concealed and hidden within man, and it can be detected only through man’s actions in the physical world, so the soul of the Torah is hidden, and it can be detected only through the practice of Halachah. Therefore, whoever studies Halachah every day is guaranteed to be a “Ben Olam Ha’ba” (loosely translated, “Participant in the World to Come”). And, just as the world is a combination of good and bad–and so, too, is man–so the “finest flour” [i.e., the true message] of the Torah is mixed up with chaff. The Torah’s teachings are covered and disguised by many layers, just as kernels of grain are covered by husks and bran, and it is man’s task to peel away those layers to uncover the “fine flour.”

Our holy ancestors and teachers, the Rishonim / early authorities, may they rest in peace, dug, excavated, and searched for buried treasures [in the Torah]. They found its storehouses, ate their fill of its fruit, and left behind for us as well. To be continued . . .