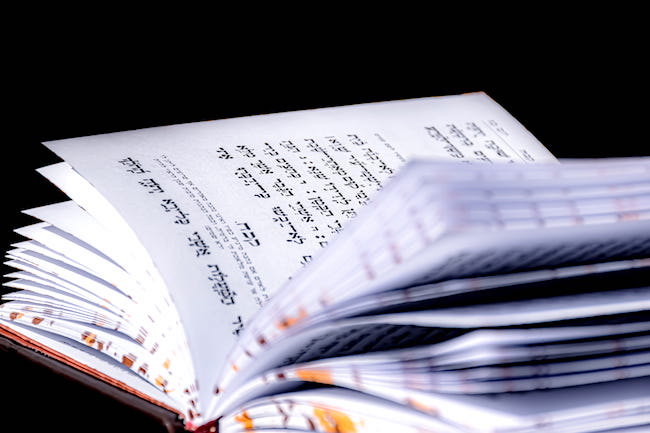 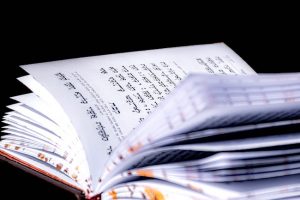 Much of this week’s Parashah describes the journey of Avraham’s slave (Eliezer) to bring back a wife for Yitzchak. R’ Leib Mintzberg z”l (1943-2018; Rosh Yeshiva of Yeshivas Ha’masmidim and Rabbi of Khal Adat Yerushalayim in Yerushalayim and Bet Shemesh, Israel) writes: One of the primary lessons to learn from the actions of the Patriarchs and their servants is that they always felt that they were standing in front of Hashem, such that they could turn to Him and request whatever they needed. Thus, Eliezer unhesitatingly asked (24:12): “May You so arrange it for me this day . . .” And, when the Patriarchs and their servants were answered, they immediately bowed down to Hashem and thanked Him, as we read (24:26), “So the man [Eliezer] bowed low and prostrated himself to Hashem.” This should be a lesson for every person, teaching him or her the proper path to follow regarding every detail of one’s life, i.e., to ask of Hashem whatever one needs and to thank Hashem when one’s needs are filled.

The entire story of Eliezer’s journey to choose a wife for Yitzchak is told twice in our Parashah–once as it happens and again as Eliezer retells it. Our Sages contrast this with the fact that many Halachot are merely hinted to in the Torah, and they say, “The mundane conversation of the servants of the Patriarchs is ‘better’ in G-d’s eyes than the Torah of the Patriarch’s descendants.” Why? R’ Mintzberg writes: Because the conversations of the servants reveal the Patriarchs’ way of life, i.e., they were always attached to Hashem, so much so that it even rubbed off on their slaves. (Ben Melech Al Ha’Torah)

Midrash Rabbah comments: “From where did Avraham come? From Har Ha’moriah,” i.e., from the place of the Akeidah / Binding of Yitzchak.

R’ Michel Twerski Shlita (Hornosteipler Rebbe of Milwaukee, Wisconsin) writes: The Midrash is not asking what geographical location Avraham was in, from which he traveled to eulogize Sarah. Rather, the Midrash is asking: What was the point of departure for Avraham’s eulogy, i.e., about what attribute of Sarah’s did Avraham speak? The Midrash answers: Avraham spoke about Har Ha’moriah, i.e., he praised Sarah for raising a son (Yitzchak) who would be willing to offer himself as a sacrifice when G-d so commanded. Such spiritual strength is indicative of having a very special mother.

There is an opinion in the Gemara (Ketubot 17a) that proper final respect for a Torah scholar is shown only when there are 600,000 mourners in attendance at his funeral; if there are fewer than that, then everyone in town is obligated to interrupt his Torah studies (and, certainly, most other activities) to attend. The Gemara explains: “The taking away of the Torah should parallel the giving of the Torah,” which was given in the presence of 600,000.

[Our Matriarch Sarah was the wife of a Torah scholar and a great prophetess in her own right.] Therefore, Sarah likewise deserved to have 600,000 people in attendance at her funeral.

The Gemara (Sukkah7b) teaches that a standing person occupies one square Amah (approximately three square feet). It follows that 600,000 people would occupy 600,000 square Amot. That number of square Amot is eight times the area known as a Bet Kor. [One Bet Kor equals approximately five acres.]

The Gemara (Arachin 25a) states that the redemption price for land that was donated to the Bet Hamikdash is 50 Shekel per Bet Kor (approximately five acres). It follows that the price for eight Batei Kor, the area needed to accommodate 600,000 mourners, is 400 (8 x 50) Shekel. (Aderet Eliyahu)

R’ Avigdor Tzarfati z”l (France; 13th century) writes: Eliezer made up his mind about the girl (Rivka) immediately. From here we learn that it is sufficient when evaluating a Shidduch / match to know that the girl is healthy [Rivka filled the jug and carried it up from the well] and has good Middot. It does not matter if her family is not particularly fine, as Rivka’s was not; provided, of course, that the family is not one with which a match is prohibited or discouraged by Halachah. (Peirushim U’pesakim Le’rabbeinu Avigdor Tzarfati)

The Gemara (Berachot 26b) teaches that Yitzchak went out to the field to pray the afternoon Minchah prayer–a prayer that he had established.

R’ Maimon z”l (12th century; father of Rambam z”l) asks: Our Sages also say that Avraham Avinu observed the entire Torah, even the Mitzvot that are of Rabbinic origin. If so, why didn’t he recite Minchah?

Why is the verb used here for praying, “La’suach,” similar to the Hebrew word for “vegetation” (see, for example, Bereishit 21:15–“Sichim”)? R’ Avraham Yitzchak Hakohen Kook z”l (1865-1935; Ashkenazic Chief Rabbi of Eretz Yisrael) explains: Prayer, which our Sages call, “service by the heart,” causes man’s soul to flower with new powers. This is particularly true of Minchah, which is recited at the end of the day, when a person is about to shed the day’s burdens from himself; precisely, then, the soul can soar. As a result, the holy feelings which are naturally found within the soul can be elevated and bear fruit.

R’ Kook continues: Yitzchak and the Minchah prayer are associated with Midat Ha’Din / the Divine Attribute of Strict Justice. In light of the above, we can understand as follows: Minchah is supposed to bring out the natural tendency toward holiness that is inborn in a person. A person who fails to realize the potential that is already within him is particularly deserving of being judged strictly. (Ain Ayah Vol. I p.109)

R’ Yisrael of Shklov z”l (1770-1839) was a student of the Vilna Gaon (see above) at the end of the latter’s life. He was one of the leaders of the Aliyah to Eretz Yisrael by students of the Gaon and their families. R’ Yisrael wrote several Torah works of his own, including Pe’at Ha’shulchan on the Halachot specific to Eretz Yisrael.

In the following excerpt from R’ Yisrael’s introduction to the latter work, he describes the Gaon’s opinion about what it means to “know” a Masechet of Gemara:

A certain great rabbi in our country told me that, in his youth, he was a regular visitor in the Gaon’s home. Once, before Sukkot, the Gaon reprimanded those around him, saying that it is obligatory for every student to know at least one tractate fluently by heart so that he will be able to fulfill the Mitzvah of Torah study even when he is traveling or if he finds himself in a house with no lights. This rabbi heard these words coming from the holy mouth of our teacher, and he immediately strengthened himself to review Tractate Sukkah many times until he knew it by heart. He used to test himself by asking people around him to listen to him reciting the Gemara.