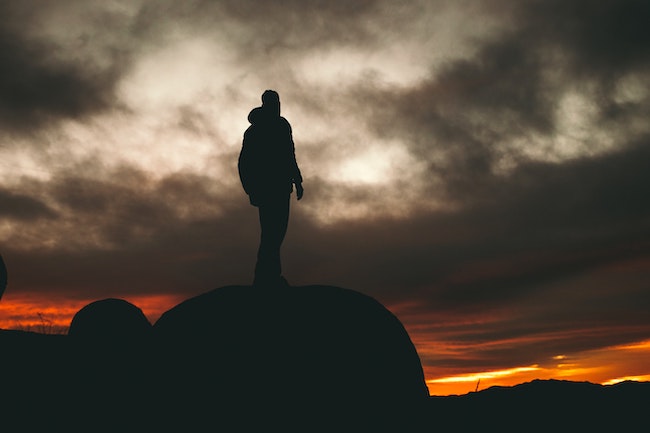 To Fear or Not to Fear 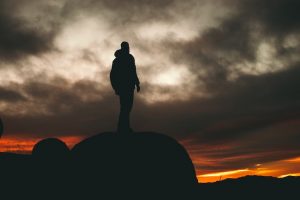 R’ Aryeh Finkel z”l (1931-2016; Rosh Yeshiva of the Mir Yeshiva in Modi’in Ilit, Israel) observes: Despite this calming message, our Parashah continues with strong warnings (29:17-19), “Perhaps there is among you a man or woman . . . whose heart turns away today from being with Hashem, our Elokim . . . When he hears the words of this curse, he will bless himself in his heart, saying, ‘Peace will be with me, though I walk as my heart sees fit’ . . . Hashem will not be willing to forgive him, for then Hashem’s anger and jealousy will smoke against that person, and the entire curse written in this Book will come down upon him . . .” Clearly, writes R’ Finkel, we are expected to fear the curses. All Moshe Rabbeinu is saying in the opening verse is that we should not become depressed or despondent. That is different from fearing the curses and using that fear as a motivation to improve.

R’ Finkel continues: The Gemara (Berachot 28b) relates that before the sage Rabban Yochanan ben Zakkai passed away, his students saw him crying. In answer to his students’ query as to why he was crying, he explained, “I am going to be judged before a great and frightful King! If He kills me, it is a permanent death.” Hashem’s ability to punish us is beyond our comprehension (see, for example, the description of the Roman Emperor Titus’ punishment, found in Gittin 57a). Nevertheless, we must accept as fact that Hashem can, and does, punish us. Even the great Sage of the Mishnah, Rabban Yochanan ben Zakkai, was afraid of the Day of Judgment. A person who says (in the words of our verse), “‘Peace will be with me, though I walk as my heart sees fit,” may think that he can escape punishment in this world; indeed, he may. However, he is forgetting or ignoring that the ultimate judgment is yet to come.

R’ Finkel concludes: We say in the High Holiday prayers, “On Rosh Hashanah, all will be inscribed, and on the Day of the Fast of Atonement, they will be sealed!” If we do not fear this judgment, we are no different than a person who says, “‘Peace will be with me, though I walk as my heart sees fit.” For such person, there is no atonement. On the other hand, if one takes a step toward Hashem and pleads for His protection, if one sheds even one tear, he merits Hashem’s mercy and saves himself on the day of judgment. (Har Yera’eh p.174)

“You are standing today, all of you, before Hashem, your Elokim — the heads of your tribes, your elders, and your officers — all the men of Yisrael; your small children, your women, and your convert who is in the midst of your camp, from the hewer of your wood to the drawer of your water.” (29:9-10)

R’ Nosson Sternhartz z”l (1780-1845; foremost student of R’ Nachman of Breslov z”l) writes: Before Moshe Rabbeinu died, he gave the Torah anew to all Jews on all levels. In every generation, every Jew, whoever he is, whatever level he is on, can succeed by placing himself under the Torah’s protection. (Likkutei Halachot: Shilu’ach Ha’ken 4:13)

“For this commandment that I command you today — it is not hidden from you and it is not distant.” (30:11)

R’ Chanoch Henach ben Avraham z”l (“R’ Chanoch Darshan”; Poland and Central Europe; died 1663) writes: The straightforward meaning of this verse is that Teshuvah, which was mentioned in the preceding verses, is not beyond a person’s reach.

He continues: We read in Parashat Yitro (Shmot 19:5), “And now, if you listen well to Me. . .” Rashi z”l comments: “Every beginning is difficult, but if you take upon yourselves now the observance of My commandments, they will be pleasing to you from now on.” This, too, teaches that Teshuvah and good deeds are not beyond a person’s reach. If one only takes the initiative, the process will be pleasant going forward.

R’ Chanoch notes several related teachings of our Sages: We read in Shir Ha’shirim (5:2), “Open up to Me, My sister.” The Midrash comments on these words: “If you open an opening for Me [Hashem] like the point of a needle, I will open an opening for you wide enough for wagons to pass through.” This, writes R’ Chanoch, also is meant to teach how easy Teshuvah is. In addition, it alludes to the Gemara’s statement (Sukkah 52a) that a person cannot defeat the Yetzer Ha’ra without Divine assistance. Therefore, all that is expected from us is to begin the process (“open an opening like the point of a needle”) and Hashem will do the rest (“open an opening wide enough for wagons to pass through”).

In light of this promise, why did Bnei Yisrael carry weapons in their war against the Seven Canaanite Nations? R’ Dov Berish Gottlieb z”l (Sieniawa, Poland; died 1801) explains:

Sometimes there is a state of “Hester Panim” (literally, “concealing of the face”) in which, because of a sin, man is abandoned to the forces of nature and chance. Therefore, one who goes to battle without weapons is endangering his life and is called a fool. We find similarly that Yaakov Avinu was afraid lest a sin cause him to fall into the hands of Esav (see Rashi to Bereishit 32:10). Accordingly, one must guard himself against accidental injury lest at that moment G-d chooses to hide Himself from him because of some sin. Even the smallest sin can cause Hashem to hide Himself and, if at the moment that a person is distant from G-d, some misfortune occurs, a person can be in danger. The remedy is that in every time of trouble, a person should repent to remove the Hester Panim from himself. (Quoted in Shomer Ha’pardes: Yesodei Ha’Torah V’ikarei Ha’dat p.113)

“Neither with kindness nor with good deeds do we come before you. As Aniyim / paupers and as Dalim / beggars we knock at Your doors. At Your doors we knock, Compassionate and Gracious One. Please do not turn us away from You empty-handed!” (From the introductory Selichah)

R’ Kalman Chaim Meitkes z”l (Skolka Maggid; Lithuania and New York; died 1932) asks: What is meant by the seeming repetition: “As paupers and as beggars”? Also, is it beggars who knock on doors? Often, beggars are too timid to knock on doors, whereas the very wealthy are brazen enough to knock on doors with no shame, even in the middle of the night!

R’ Meitkes continues: But, in the end, we are knocking at Hashem’s door! He explains: The word “Dalim,” in addition to meaning “beggars,” can mean “sick people” (see Shmuel II 13:4; Tehilim 41:2). When a usually timid pauper has someone ill in his house, he does work up the courage to knock on a doctor’s door. Even then, he will convey his need in short cries, not in long prose.

R’ Meitkes concludes: That is the situation in which we find ourselves in these days of Selichot: we are spiritually ill, and we cry out to the greatest “Doctor”: “Please do not turn us away from You empty-handed!” (Kol Rinah V’yeshuah)