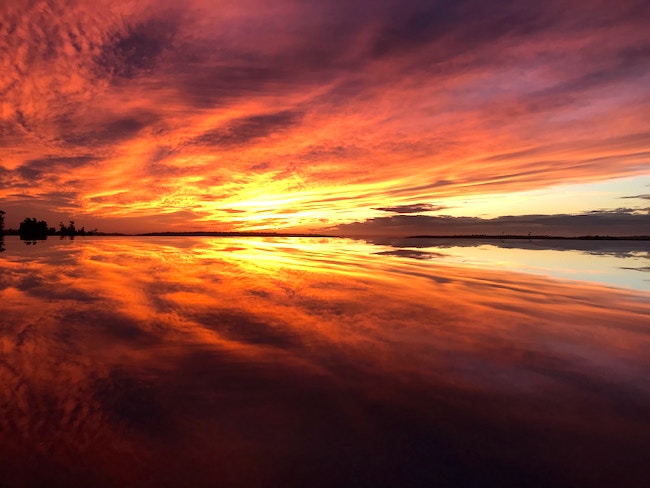 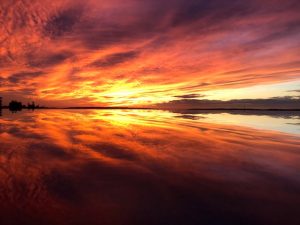 In this week’s Parashah, our Patriarch Yaakov gives his sons his final blessings and instructions. The Gemara (Pesachim 56a) teaches that Yaakov wanted to reveal the End of Days to them, but the Shechinah departed from him. Yaakov therefore asked his sons, “Is one of you, perhaps, unworthy?” They answered, “Shema Yisrael / Listen, [our father] Yisrael, Hashem is our Elokim, Hashem is One!” Comforted, Yaakov said, “Baruch Shem Kevod Malchuto L’Olam Va’ed / Blessed is the Name of His glorious kingdom for all eternity.” The Gemara continues: Since Yaakov said “Baruch Shem,” but Moshe Rabbeinu did not record that declaration in the Torah as part of Shema, we recite it in an undertone. [Until here from the Gemara]

R’ Dov Katz z”l (1903-1979; historian of the Mussar movement and executive director of Israel’s Rabbinic Court system) explains: Yaakov did not doubt that his sons believed in Hashem and recognized Him as the G-d of the Jewish People. However, we pray–daily, in Aleinu, and also in the Rosh Hashanah Amidah–for the time when all of mankind will recognize Hashem. That is the “End of Days” that Yaakov wanted to reveal, and, when he was prevented from doing so, he feared that one or more of his children did not share that dream. So, they assured him, “Not only is Hashem our Elokim, He also is the one-and-only G-d of everything.” Reassured, Yaakov said, “Blessed is the Name of His glorious kingdom for all eternity”–i.e., in the future.

The Torah is for the “here and now”; therefore, Hashem did not instruct Moshe to include Yaakov’s declaration. Still, we keep the hope alive in our hearts by whispering, “Baruch Shem Kevod . . .” (Divrei Hagut U’re’ut II p.74)

The Gemara (Ta’anit 5b) states: “Our Patriarch Yaakov did not die!”

R’ Michel Twerski shlita (rabbi and Chassidic Rebbe in Milwaukee, Wisconsin) explains allegorically: The name “Yisrael” was given to the third Patriarch to commemorate his victory over Esav’s guardian angel. With each succeeding generation, as the End of Days approaches, that angel–one and the same as the Yetzer Ha’ra–fights ever harder to defeat us. Like the angel who fought our Patriarch, the Yetzer Ha’ra will not surrender until the “dawn” comes. Indeed, until that time, the Yetzer Ha’ra will win many battles and the overall spiritual level of the Jewish People will continuously decline, as if “the time approaches for Yisrael to die.”

R’ Twerski continues: The name “Yaakov” comes from the fact that the third Patriarch was born holding the heel of his brother Esav–fighting to restrain the forces of impurity that attempt to conquer the world. The reason–whether consciously or subconsciously–that the world hates the Jewish People is that our existence testifies that there is a G-d in control and the world is not a free-for-all. And, since we will always exist, “Yaakov will never die.” (Yir’am Ha’yam)

“Yisrael extended his right hand and laid it on Ephraim’s head, though he was the younger, and his left hand on Menashe’s head. ‘Sikail’/ He maneuvered his hands, for Menashe was the firstborn.” (48:14)

This requires explanation, notes R’ Moshe Yehoshua Hager z”l (1916-2012; Vizhnitzer Rebbe), for how can one attribute intelligence to a body part? It would seem that intelligence is in the brain, and the hands are merely tools for implementing the brain’s will!

He explains: We read (Bereishit 22:10), “Avraham sent out his hand, and took the knife to slaughter his son.” Why did Avraham have to “send out” his hand, implying that a specific act of will was required? Because Avraham had purified himself until his body automatically did G-d’s Will. In this case, His will was to not slaughter Yitzchak. Avraham, who did not yet know Hashem’s unspoken will, nevertheless needed a conscious act of will to override his hand’s “intelligence,” which did “know,” so that he could pick up the knife.

Yaakov’s experience was similar. He also purified himself until his hands had their own intelligence–which here meant that they “knew” that G-d’s Will was to give the primary blessing to the younger son, Ephraim, not to the older son, Menashe.

How can a person in our times aspire to such a level, asks the Vizhnitzer Rebbe? By studying works of mussar such as Chovot Ha’levavot and Reishit Chochmah. Unfortunately, he adds, the Yetzer Ha’ra also knows this and therefore encourages us not to study such works. (Yeshuot Moshe: Ma’adanei Shulchan)

Rashi z”l comments: Even when Yaakov rebuked his sons, he cursed their anger, not them.

R’ Shlomo Wolbe z”l (1914-2005; a leading teacher of mussar) writes: R’ Yerucham Levovitz z”l (Mashgiach Ruchani of the Mir Yeshiva; died 1936) was asked whether one is permitted to hate a Jew who acts contrary to the Torah. R’ Levovitz answered that it is forbidden, saying that [we may not even hate the evil-doer’s deeds since] the ordinary person is incapable of distinguishing between hatred for the deeds and hatred for the person. Yaakov Avinu was able to make that distinction.

R’ Wolbe continues: R’ Levovitz used to say that a Jew with bad character traits is like a crate full of diamonds, with one moldy potato mixed in. Would one think for even a second of discarding that entire crate? After all, it is full of valuable diamonds! (Shiurei Chumash)

“Zevulun shall settle by seashores. He shall be at the ship’s harbor, and his last border will reach Sidon. Yissachar is a strong-boned donkey; he rests between the boundaries.” (49:13-14)

The Zohar teaches: Why do the blessings to Zevulun commonly [i.e., here and in Parashat V’zot Ha’berachah] precede those to Yissachar? After all, the tribe of Yissachar was engaged in Torah study! The answer, says the Zohar, is that Zevulun would take the bread out of his mouth and place it in Yissachar’s mouth; therefore, his blessings come first.

The Zohar adds: From here we learn that one who sustains a “master of Torah” brings blessings down from above. Not only that, but he merits “two tables,” i.e., he merits wealth from G-d in this world, and he receives a share in the World to Come. [Until here from the Zohar]

R’ Yaakov Meir Spielman z”l (1813-1888; rabbi of Bucharest, Romania) writes: This teaches us how great is the reward of one who supports Torah scholars. In light of this, we can understand the verse (Mishlei 18:16), “A man’s gift broadens [access] for him and leads him before the great.” Through the charity a person gives, he gains broader “access” to this world and the World to Come.

The answer is that there are 620 Mitzvot, i.e., the 613 commandments of the Torah plus the seven Rabbinic commandments [for example, Eruv, Chanukah, and Purim]. In all, the reward for the 620 Mitzvot is 620 “worlds.” However, Hashem divides the reward between the Torah scholar and the one who supported him; thus, “each Tzaddik and Tzaddik”–the scholar and the supporter–receives 310 worlds–half of 620. (Nachalat Yaakov: Intro. §4)

The following letter was written by R’ Shimshon David Pincus z”l (1945-2001; rabbi of Ofakim, Israel) in response to someone who complained that his prayers were not being answered and he had therefore lost the urge to pray.

I received your letter, thank you. You asked: What is the precise application of the teaching, “Whoever prays for his friend is answered first”? I don’t think there is a way to explain it precisely, other than to take the words at face value.

Regarding your specific problem, I don’t know what advice to give. This is because prayer is “service of the heart,” and the heart is very personal. How is it possible to give advice when no two hearts are the same? Nevertheless, I will try to dissect the problem.

The problem is that we view prayer as a wonderful “spiritual” experience. I am not saying that this is wrong; sometimes it is so. But, besides this, there is something more fundamental and wonderful–prayer is a chance to speak to G-d. It’s as simple as that.

It all begins with Emunah / faith. Emunah means knowledge of the simple fact that there is a G-d. Just like there are tables and chairs, there is a G-d. I don’t say that you should know this because it is a lofty level or, conversely, because one who doesn’t know it is lowly or a heretic or anything else. It’s just a fact. And, since He exists, it’s possible to talk to Him, even without having a spiritual experience.

And yet, granted that it’s possible to speak to Him, but sometimes, G-d forbid, a person does not feel like he wants to speak to Him. At such times, one must turn to the reality that was just mentioned. One does not cut off his nose to spite his face; certainly, one will not throw away his life out of spite. . . . In short, make peace with G-d. Though He is very great–capable, for example, of making a camera, the human eye, with an incredible number of parts–nevertheless, He does not hold a grudge. Rather, He is waiting longingly and with open arms for your return. . .

I add my own blessing of a simple person that G-d will fulfill your desires in the best way. Shimshon David Pincus (Nefesh Shimshon: Igrot U’Ma’amarim p.44.)