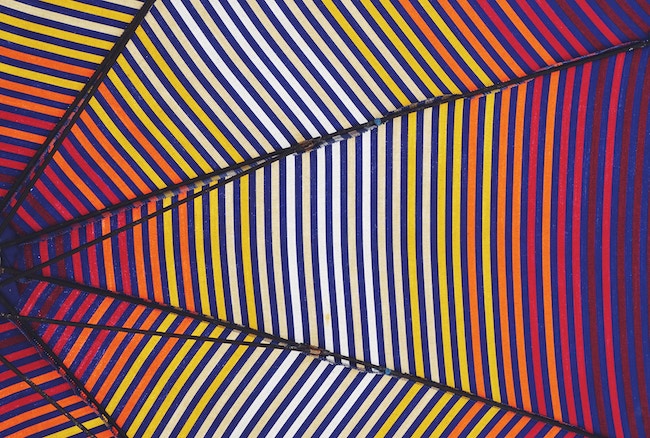 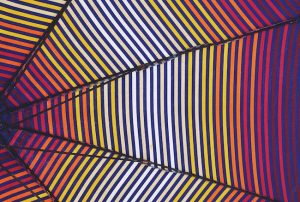 He explains: We are obligated to praise Hashem for the fact that the Chashmona’im had the courage to wage war. After all, any rational person could see that they were sure to lose! Also, we praise Hashem for giving them the strength to fight.

R’ Shteinman continues: We also learn from here that one should not just praise Hashem in a general way. Rather, one should praise Hashem for each and every aspect of a miracle that occurs. That would explain why the next paragraph, beginning “Bi’mei Mattityahu,” uses so many different phrases to describe the same events, such as “You fought their fight, You judged their judgment, You avenged their vengeance . . .”

It is not easy to attain a level on which one can express his gratitude to such a degree, R’ Shteinman acknowledges. However, this is not a form of Divine service reserved for Chanukah. Rather, we have the opportunity when we recite “Modim” three or more times every day to reflect on the deep debt of gratitude that we owe Hashem for our everyday life. This, in turn, will train us to reflect on the details of bigger miracles as well. (Yimalei Pi Tehilatecha: Iyunim B’Tefilah p.234)

“Then Pharaoh sent and called Yosef, and they hurried him out of the dungeon. But he shaved himself and changed his clothes, and he came to Pharaoh.” (41:14)

R’ Samson Raphael Hirsch z”l (see back page) writes: We should pay attention to all the little points which show us Yosef’s character. The court officials wanted to rush him to the king. It was a question of soothing the king, whereas Yosef was only a despised imprisoned slave. But, Yosef took his time; first he shaved and put on respectable clothing. Only once elsewhere (Shmuel II 12:20), notes R’ Hirsch, do we find the expression, “He changed his clothes,” in this grammatical form (“Piel”). There, too, it occurred under the protest, or at least the disapproval, of those who stood about the speaker (i.e., King David).

Also, Yosef did not “hurry” to Pharaoh; he “came” to Pharaoh. He was quite conscious of his own personality and of his mission. It was just this quality that made him into a Chacham / wise man — that he understood how to grasp the special character of every circumstance, every person, and every position. (The Pentateuch: Translation and Commentary)

“They replied, ‘We, your servants, are twelve brothers, the sons of one man in the land of Canaan. The youngest is now with our father, and one is gone.’ But Yosef said to them, ‘It is just as I have declared to you: You are spies!’” (42:13-14)

The words, “It is just as I have declared,” imply that something the Brothers had said (in the previous verse) entrapped them. What were those words?

R’ Naftali Braunfeld z”l (Torah scholar and businessman in Poland and New York; 20th century) explains: The Mishnah (Sanhedrin 29a) teaches, “How does a Bet Din / rabbinical court question witnesses? They exclude everyone except the older of the two witnesses . . . Then they bring in the second witness and question him. If their words are found to match . . .” Why, asks R’ Eliyahu z”l (1720-1797; the Vilna Gaon), does the Mishnah say, “If their words are found to match,” rather than, “If their words match”? The Vilna Gaon answers: It is impossible for two people to describe the same event in exactly the same words. Therefore, after the two witnesses tell their stories separately, the court must analyze their statements, and if, after analysis, “their words are found to match,” their testimony should be accepted. Indeed, if they would tell their stories in exactly the same words, we would assume that story is fabricated.

Here, continues R’ Braunfeld, Yosef questioned each of the Brothers separately, and each said the same words: “We, your servants, are twelve brothers, the sons of one man in the land of Canaan.” This allowed Yosef to say, “It is just as I have declared to you: You are spies!” (Divrei Naftali)

Was Reuven really suggesting that Yaakov kill Reuven’s children, who were Yaakov’s grandchildren? Of course not, explains R’ Ben-Zion Yadler z”l (1871-1962; the “Maggid / preacher of Yerushalayim”) in the name of R’ Eliezer Dan Ralbag z”l (1832-1895), who quoted R’ Yehoshua Leib Diskin z”l (1818-1898). Rather, the emphasis is on the word “two.” Reuven meant, “Strip me of the birthright, which entitles me to a double share, if I do not bring Binyamin back.” (B’tuv Yerushalayim p.50)

Also, if lighting is the Mitzvah, then, if one’s Menorah burns for 24 hours, it would be sufficient to extinguish it and relight it on the following night. However, if placing the Menorah is the Mitzvah, one would have to extinguish it, pick it up, and place it down again before lighting. (Paraphrased from Rashi’s commentary to Shabbat 22b-23a)

R’ Levi Yitzchak of Berditchev z”l (1740-1809; early Chassidic Rebbe) offers an allegorical interpretation of the Gemara’s discussion: One opinion says, “Lighting makes the Mitzvah,” while the other opinion says, “Placing makes the Mitzvah.” And, both are the words of the Living Elokim, writes R’ Levi Yitzchak. Ideally, “Lighting makes the Mitzvah”–a person performing a Mitzvah should be “on fire” with enthusiasm and desire. However, a person sometimes falls from that level; even so, he should not, G-d forbid, refrain from performing Mitzvot. In such circumstances, he should perform Mitzvot calmly, as an object sits in its place.

R’ Levi Yitzchak continues: The Gemara teaches that, according to the opinion that “lighting makes the Mitzvah,” one would have to relight the Menorah if it goes out. On the other hand, according to the opinion that “placing makes the Mitzvah,” one would not have to relight the Menorah. Again, both are true. Ideally, one whose enthusiasm for Mitzvot has waned should do his best to “reignite” his enthusiasm. If he cannot, however, he is not obligated to; he should continue performing Mitzvot even without enthusiasm. (Kedushat Levi: Likkutim)

The nineteenth century saw the publication of several new commentaries meant to reinforce belief in the Divine origin of the Torah and the inextricable link between the “Torah She’bichtav” / Written Law and the “Torah She’b’al Peh”/ Oral Law. One of these was the German translation and commentary by R’ Samson Raphael Hirsch z”l (1808-1888; rabbi of Frankfurt am Main, Germany).

As an aside, it is reported that R’ Hirsch’s congregation paid his salary in advance, at the beginning of each quarter of the civil year. R’ Hirsch instructed his children that, should he depart from this world before the end of a pay period, they should be sure to return the unearned portion of his salary. As Hashgachah / Divine Providence arranged it, however, he passed away on December 31. (Rabbi Samson Raphael Hirsch, p.315)

In the introduction to his work, R’ Hirsch writes:

To make a contribution to the understanding of the Book of Books is in itself such a lofty aim that even one gifted with a mind more capable than the present author’s would wish to accompany his work with a few words to indicate the aim he hoped to achieve. Without daring even remotely to express an opinion on the degree of success obtained, the author, in offering on the spiritual altar of his people this translation and explanation of the Five Books of the Torah, wishes therefore to preface it with a brief statement of his purpose.

The goal that has been aimed at is as follows: to derive the explanation of the text from the words themselves; to arrive at this explanation from the nuances of the particular expression used in each case; to derive the fundamental meaning of the words from the rich fund of linguistic explanations we possess in our traditional writings; out of these traditional discussions on the biblical text, and the Halachic and Aggadic explanations of them, to explore and establish the facts out of which the Jewish outlook on the world and on life has formed itself, and which, for all time, form the norms of Jewish life.

. . . If only a small contribution may have been made towards the knowledge and understanding of the one undivided and uniform spirit which pervades the whole of the Torah, and of how this spirit is not of the antiquated past, but very much of the most vivid present, and how it is the hope of the future of all human efforts, then the author’s attempts will not have been in vain.