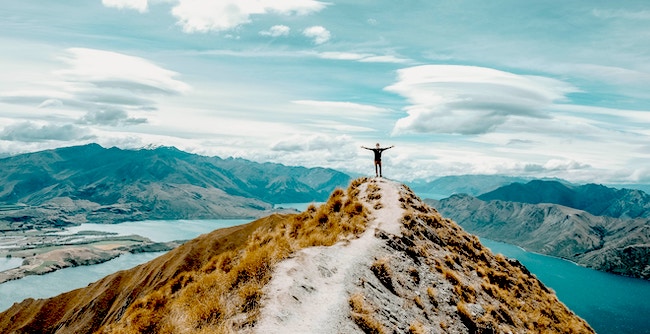 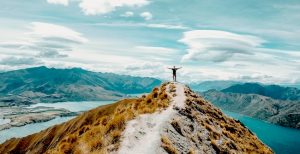 Our Parashah relates that Yaakov dreamt of a ladder with angels going up and down it. The Midrash Pesikta D’Rav Kahana teaches that Yaakov saw the Sarim / guardian angels of Bavel, Persia, Greece, and Rome, each in turn, climb up and then descend. Hashem said to Yaakov, “You, too, climb the ladder!” Yaakov replied, “Maybe I, too, will have to descend.” Hashem said, “Do not fear, My servant Yaakov. If you go up, you will not descend.” Nevertheless, Yaakov did not believe, and he did not go up.

R’ Shlomo Eliasof z”l (1841-1926; leading early 20th century kabbalist) writes: When the Midrash states that Yaakov did not believe in Hashem’s wonders, it means that he did not believe himself worthy of His miracles–the same mistake that Bnei Yisrael made in the desert. [Their doubt that Hashem would take care of their needs stemmed from self-doubt.] Being a Yerei Chet / one who fears sin means taking care not to sin; it does not mean worrying that one’s future sins will cause him to lose G-d’s favor, as Yaakov did when he prepared to meet Esav (see Rashi to 32:10). Our Sages therefore take Yaakov to task for fearing Esav rather than trusting in Hashem’s guarantees. (Quoted in Niglot Leshem Shvo V’achlamah)

“Yaakov awoke from his sleep and said, ‘Surely Hashem is present in this place and I did not know!’” (28:16)

R’ Raphael Moshe Luria z”l (Rosh Yeshiva in several Chassidic yeshivot in Israel; died 2009) writes: The message to Yaakov in his dream was that the days when his task was to serve Hashem by sitting in the Yeshiva of Shem and Ever were over. Now he had a new task: to start a family. That is where he would find G-d now. (Bet Genazi: Nisuin p.6)

“She conceived again, and bore a son, and she declared, ‘This time ‘Odeh’/ let me gratefully praise Hashem.’ Therefore she called his name ‘Yehuda’.” (29:35)

The Gemara (Rosh Hashanah 18b) relates that, after the Chanukah miracle, people started to mention Hashem’s Name in their business contracts. They would write: “In such-and-such year of Yochanan, Kohen Gadol to the most lofty G-d . . .” The Sages did not approve of this practice because most such documents eventually ended up in the trash. At last, the Sages were able to stop this practice, and that day was declared a festival. Rashi z”l explains that the Sages viewed it as miraculous that they were able to talk the masses out of this practice.

R’ Chaim Zaitchik z”l (1906-1989; Rosh Yeshiva of Yeshivat Bet Yosef-Novardok in Buchach, Poland; later in Israel) writes: We learn from this Gemara that it is miraculous that a person can break a bad habit. The reason is that, when a person becomes accustomed to doing something, especially if he does it for a long time, it becomes part of his nature.

By the same token, when one has a lot of a good thing, he begins to take it for granted. He may still look back fondly at the first time he received that thing, but subsequent instances will not be anything special in his eyes. Not so, our Matriarch Leah! When her fourth child (Yehuda) was born, she pushed herself to recognize that the event was not routine, and she gave thanks. (Ohr Chadash: Mo’adim p.422)

Midrash Rabbah teaches: “Kavod” [literally, “honor”] refers only to silver and gold, as is written (Nachum 2:10), “Plunder silver, plunder gold; the amount is limitless! Kavod . . .” {Until here from the Midrash}

One might ask: This Midrash appears to contradict Pirkei Avot (Ch.3), which teaches, “‘Kavod’ refers only to Torah.”

R’ Eliyahu z”l (1720-1797; the Vilna Gaon) is quoted as answering: Throughout Tanach, the word “Kavod” is “full,” i.e., it includes the letter “Vav” (Kaf-Vet-Vav-Dalet). In only two places it is “lacking,” i.e., it is spelled without a Vav. Those two places are in our verse and in the quoted verse from Nachum. Kavod / honor that is lacking, not genuine, comes from silver and gold. Kavod that is complete, genuine, comes from Torah Study. (Divrei Eliyahu)

The Gemara (Yoma 86a) teaches, based on this verse: “Teshuvah is very great, for it reaches ‘Ad’ / until the Throne of Glory’.”

R’ Shmuel Eliezer Eidels z”l (Maharsha; Poland; 1555-1631) explains: The word ‘Ad’ (Ayin-Dalet) indicates closeness. Thus, the Gemara should be understood as follows: Hashem created some angels whose job is to block the prayers of the undeserving from reaching Him and other angels whose task is to assist prayers in being heard. However, prayers of repentance bypass both types of angels and go straight “until” (Ad) the Throne of Glory, i.e., they always achieve closeness to Hashem. (Chiddushei Aggadot)

R’ Yaakov Lorberbaum z”l (1760-1832; rabbi of Lissa/Leszno, Poland and prolific author; known as the “Ba’al Ha’nesivos”) writes: The Gemara is teaching that repentance reaches only “until” the Throne of Glory, but it does not reach the Throne of Glory itself. Even a previously perfect Tzaddik who commits a serious sin is considered blemished, and he can no longer be a vehicle for Divine revelation, i.e., he cannot become a “throne for the Shechinah.” However, as the Gemara teaches later (Yoma 86b), that limitation applies only to a person who repents on his own. But, if he repents as part of a Tzibbur / congregation, then his Teshuvah reaches all the way to the “Throne of Glory.” (Emet L’Yaakov)

He continues: The remainder of the verse instructs us that it is never too late to repent. The word ‘Ki’ should not be translated “for,” but rather, “although.” “Return, Yisrael, until Hashem, your Elokim, ‘Ki’ / although you have stumbled through your iniquity.” We read a few verses earlier (13:12), “Ephraim’s iniquity is bound up; his sin is stored away.” The sin of “Ephraim”–a nickname for the kingdom of the Ten Northern Tribes of Israel–is stored away, awaiting punishment; therefore, one might think that Teshuvah is hopeless. No! the prophet declares. It is never too late for sincere Teshuvah. (Chibur Ha’teshuvah 1:1)

R’ Yisrael of Shklov z”l (1770-1839) was a student of R’ Eliyahu z”l (1720-1797; the Vilna Gaon) at the end of the latter’s life and was one of the leaders of the Aliyah to Eretz Yisrael by students of the Gaon and their families. R’ Yisrael wrote several Torah works of his own, including Pe’at Ha’shulchan on the Halachot specific to Eretz Yisrael. The following is part of the introduction to that work.

The great sage, the author of the Pri Megadim {R’ Yosef Teomim z”l; died 1792}, has already written that the benefits of new Sefarim / Torah works are very many–despite there being those who mock authors of new Sefarim, saying, “Are there not enough Halachic stringencies in the earlier works?” and despite their saying about works of Mussar / character improvement, “There are already more Mussar works than anyone reads!” In particular, there are benefits from the present work {a compendium of the Halachot specific to Eretz Yisrael} since there has never been a work like it. . . It is a great thing to study subjects that few study, and Sefer Chassidim {by R’ Yehuda He’chassid z”l (Germany; died 1217)} likens such subjects to a Met Mitzvah / a corpse found on the road that has no one to bury it. {Halachah requires anyone who encounters such a corpse, even a Kohen, to bury it, and not to ignore it.} Also, the Midrash teaches: “Why are the laws of Lekket, Shichichah and Pe’ah / the portions of the harvest set aside for the poor presented in Parashat Emor in the middle of the laws of the festivals? To teach that leaving those gifts for the poor is equivalent to offering the [festival] sacrifices in the Bet Hamikdash.” {Therefore, publishing a work that will enable Jews to practice those Mitzvot, as this work does, is worthwhile.}

R’ Yisrael continues: The Zohar teaches, “How great is the punishment of one who speaks bad words! Equally great is the punishment of one who has the opportunity to speak good words but does not do so!” Sefer Chassidim (#530) teaches that Hashem decrees how many Sefarim each person will write–some one, some two or three. If Hashem reveals words of Torah to a person and he does not write them down, he is stealing from the One who revealed them. This is the meaning of the verse (Kohelet 12:14), “For Elokim will judge every deed–even everything hidden,” i.e., one who causes something to be hidden when it should be revealed. Those who mocked the authors of Sefarim have already “gone to their world” [died], while the Sefarim exist forever and the merit of the correct things in them remains for eternity.