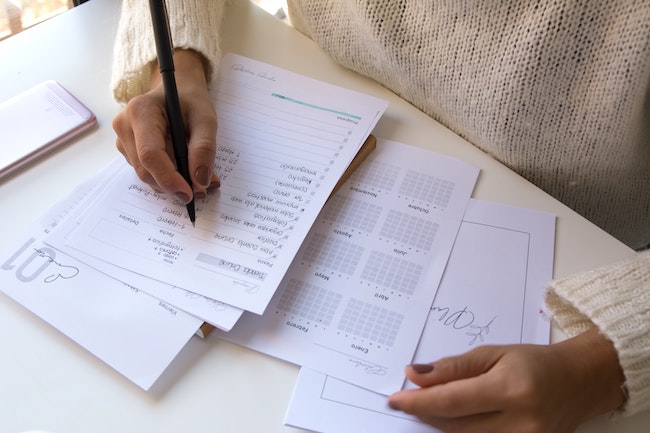 Without A Backup Plan 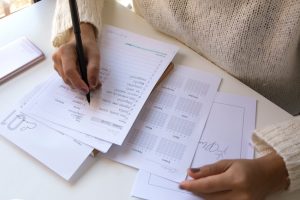 R’ Ben Zion Nesher shlita (one of the senior rabbis in Tel Aviv, Israel) asks: During the winter, all of the Jewish People– especially the farmers and other inhabitants of Eretz Yisrael who are dependent on rain for food and drinking water–pray that it will rain. Why would the competing prayer of an individual traveler have a chance of being answered such that the Kohen Gadol had to ask Hashem that the traveler’s prayer be rejected?

R’ Nesher answers: This teaches us the power of a sincere prayer. While the farmers are praying for rain, they are, at the same time, making contingency plans in the backs of their minds in case it doesn’t rain. Such a prayer is less accepted by G-d, because the one person saying it is not placing himself completely in G-d’s hands. Not so the prayer of a person walking along a lonely country road when storm clouds are forming. He knows that he has nowhere to turn but to Hashem, and he prays with a sincerity born of desperation that gives his prayer special power.

R’ Nesher continues: This is what King David meant when he said (Tehilim 118:5), “From the straits I called upon G-d; G-d answered me with expansiveness.” Because I was in dire straits, He answered me. This also is why we read (Shmot 2:23), “During those many days, the king of Egypt died, and Bnei Yisrael groaned because of the work, and they cried out. Their outcry because of the work went up to the Elokim.” The repetition of the phrase “because of the work” emphasizes that their prayer was answered because it originated from desperation. (Haggadah Shel Pesach Shir Tziyon p.69)

Midrash Tanchuma relates that Aharon’s sons, Nadav and Avihu, died because they said, “When will those old men [Moshe and Aharon] die so that we can lead the nation?” [Until here from the Midrash]

How can this be? Even the most crass person does not speak that way about his father and uncle, and Nadav and Avihu were not crass people; they were among the greatest Tzaddikim of the generation (see Rashi to Vayikra 10:3)!

R’ Noach Weinberg z”l (1930-2009; founder and Rosh Yeshiva of Aish Ha’Torah) explains: Nadav and Avihu’s comment reflected their eagerness for their turn to lead because they wanted to serve Hashem and the Jewish People. But, precisely that was their sin! Why did they need to wait until their elders died to begin using their talents? They should have found ways to start using their G-d-given talents immediately! (Quoted in 48 Derachim L’Chochmah p.2)

The Torah reading for Yom Kippur begins with the above verse, which is the beginning of the Torah’s description of the Yom Kippur Avodah / Temple service. However, the reference to the sons of Aharon is not coincidental. R’ Yisrael Meir Kagan z”l (the Chafetz Chaim; died 1933) explains:

The Zohar teaches: “If one feels pain over the deaths of the sons of Aharon, or cries for them, all of his sins will be forgiven.” The point, writes the Chafetz Chaim, is that these feelings will inspire a person to repent. “If the cedars have caught fire, what will the hyssops that grow out of the wall say?”[This quote is a proverb originating from the eulogy given for one of the Talmudic Sages (see Mo’ed Kattan 25b), meaning: If even great people cannot escape judgment for their sins, what can ordinary people expect? Therefore, repent!] (Mishnah Berurah 621:2)

R’ Eliezer Papo z”l (1785-1827; rabbi in Sarajevo) writes: One is obligated to feel pain for the passing of Tzadikim–even those who passed away generations ago [as stated in the above-quoted Zohar. In addition to the reason given above,] one who mourns the loss of Tzaddikim participates in the “pain of the Shechinah,” so-to-speak. G-d wants to share His limitless bounty with the world and is, so-to-speak, disappointed when our sins do not allow that. Therefore, He “misses” the righteous who have passed away. (Peleh Yo’etz: Tza’ar)

Rashi z”l explains: What is “bearing a grudge”? If Reuven says to Shimon [both illustrative names], “Lend me your hatchet,” and Shimon refuses, and on the next day, Shimon says to Reuven, “Lend me your sickle,” and Reuven replies, “Here it is! I am not like you, who would not lend to me”–that is called “bearing a grudge,” because Reuven retains enmity in his heart, even if he does not actually avenge himself. [Until here from Rashi]

In the days of King David, there was a famine for three years. King David inquired of Hashem why this was occurring, and Hashem responded (Shmuel II 21:1), “It is for Shaul and for the House of Blood.” The Gemara (Yevamot 78b) explains: “For Shaul”–who was not eulogized properly, “and for the House of Blood”–because Shaul killed the Givonim. The Gemara asks: At the same time, Hashem stood up for Shaul’s honor and mentioned his sin?! Yes! the Gemara answers. When a person is judged, his good deeds are mentioned along with the bad. [Until here from the Gemara]

R’ Yerachmiel Shulman z”l Hy”d (Menahel Ruchani of the Bet Yosef-Novardok Yeshiva in Pinsk, Poland; killed in the Holocaust) writes in the name of R’ Yisrael Lipkin z”l (1810-1883; “R’ Yisrael Salanter”; founder of the Mussar movement): Human nature is exactly the opposite. When Reuven asks Shimon for a favor, Shimon reminds Reuven how Reuven hurt him, and then refuses to do the favor. In contrast, Hashem “remembers” a person’s good deeds specifically when He is recalling that person’s mistakes. We are supposed to emulate Hashem. Specifically when we are rebuking a person for his offense, we must show him extra honor because of whatever Torah learning he has done or the good deeds he has performed.

R’ Eliezer Ginsburg z”l (1949-2017; Mashgiach Ruchani of the Ponovezh Yeshiva in Bnei Brak, Israel) writes: We read (Devarim 4:7), “For which is a great nation that has an Elokim Who is close to it, as is Hashem, our Elokim, whenever we call to Him?” The clear message of this verse is that having a relationship with the Creator in which we know He is close to us and we can, and do, pray to Him is a particular distinction of the Jewish People. Commitment to prayer is an identifying characteristic of a member of the Jewish People. This obligates us to take this amazing thing–prayer–very seriously, to strengthen it, and to practice it in the most honorable and appropriate manner.

When a person prays, he declares, in effect: “I believe in Hashem.” This is the overarching meaning of all prayer. Prayer is a Jew’s foundation because it makes a statement: “I believe in the Creator.” It follows that one who does not value prayer appropriately is missing a foundational element of what it means to be Jewish.

Prayer is at our nation’s foundation, for our root is the Patriarchs, and they established prayer: Avraham established Shacharit, Yitzchak–Mincha, and Yaakov–Ma’ariv (Berachot 26b). [Ed. note: Implied in this is that we should take note that the founders of our nation considered establishing prayers to be part of their mission as founders, so central is prayer to who we are.] One who prays declares: My roots come from the Patriarchs; I am a child of Avraham, Yitzchak, and Yaakov. One who does not have the proper respect for prayer is, G-d forbid, declaring the opposite. (Mesilot Chochmah U’mussar: Michtevai Hadrachah p.121)