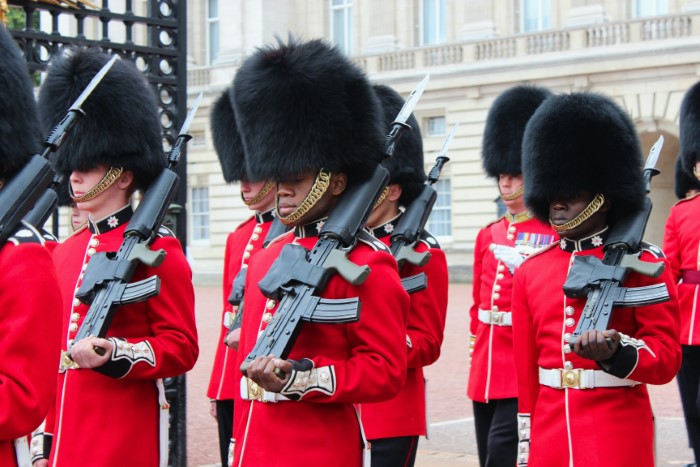 Guardian of the Pledge 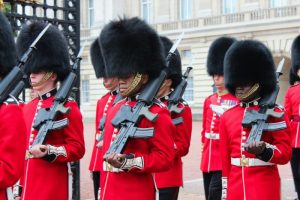 Sponsored by
Harold and Gilla Saltzman,
on the yahrzeit of his mother, Rebecca Saltzman
(Rivka Rachel bas Yehuda Leib a”h)

In this week’s Parashah, we read about the Brit Bein Ha’betarim / “Covenant between the Parts.” We refer to this covenant in the Pesach Haggadah, when we say: Blessed is He Who is Shomer / He keeps His pledge to Yisrael, Blessed is He! For the Holy One, Blessed is He, calculated the end [of the bondage] in order to do as He said to our forefather Avraham at the Brit Bein Ha’betarim, as it is stated (15:13-14), “Know with certainty that your offspring will be aliens in a land not their own, they will serve them, and they will oppress them for four hundred years. But, also the nation that they shall serve, I shall judge, and afterwards they shall leave with great wealth.” [Until here from the Haggadah]

R’ Yosef Chaver z”l (Lithuania; late 19th century) writes: A Midrash states that the verses of the Brit Bein Ha’betarim foretell, not only the slavery in, and Exodus from, Egypt, but all of Jewish history. It is an aspect of Hashem’s kindness to us that He makes promises about events in the distant future, and He is “Shomer” / He guards and protects those promises. When Hashem “speaks,” it begins a process that ultimately ends in the manifestation of His “words” in this world, though He may decide that that process should take a long time. As long as the process is still underway, we are assured of His continued protection, even if we are unworthy, so that His words can be fulfilled. If Hashem made promises to us only close to the events in question, we would not have that protection. This is what we refer to when we say in the Haggadah, “Blessed is He Who is Shomer / He keeps His pledge to Yisrael.” (Haggadah Shel Pesach Zero’a Netuyah)

Midrashim offer several reasons why Avraham was called “the Ivri.”

R’ Eliyahu Dessler shlita (Mashgiach Ruchani in the Ponovezh Yeshiva in Bnei Brak; not to be confused with his namesake and relative, the “Michtav M’Eliyahu” z”l) writes: All of these interpretations suggest one thing–that Avraham was not influenced by his surroundings. The whole world stood on one side, and he stood on the other side. Alone among Ever’s descendants, Avraham followed in that Tzaddik’s ways. And, despite living among idolators, he stood apart, not even changing his language.

There is another connotation to the appellation “Ivri,” to being on the “other side,” R’ Dessler writes: The whole world lives under the laws of nature. Avraham, however, lived under a different set of “laws,” as demonstrated by the fact that he emerged unscathed from Nimrod’s furnace, as the well-known Midrash relates. (Sha’arei Ha’zmanim: Yom Kippur p.311)

R’ Yaakov Moshe Charlap z”l (1882-1951; rabbi of Yerushalayim’s Sha’arei Chessed neighborhood and Rosh Yeshiva of Yeshivat Mercaz Harav) writes: In both of these verses, “Who makes” (“Koneh”) is in present tense, not in past tense. This is because, as we say every day in Shacharit, Hashem “renews daily, perpetually, the work of Creation.”

R’ Charlap continues: When people discuss the subject of Hashgachah Peratit / specific Divine Providence, many think the question is whether Hashem is paying attention to and managing every detail of existence. Those who ask such a question are missing the fundamental point that our verses teach. Hashem is recreating every detail of the world at every moment, just as He did at the beginning of Creation; obviously, then, He is paying attention to it and managing it!

Rather, R’ Charlap writes, the difference between different levels of Hashgachah (Peratit vs. Kelalit; specific vs. general) relates to whether Hashem allows us to see His management of the world’s affairs, or whether He conceals it. Either way, however, He is managing every detail at every moment. (Mei Marom: Sha’arei De’ah, Vol. 19, p.508-509)

Why “at the age of eight days”? Also, the Gemara (Yoma 28a) teaches that Avraham observed all the Mitzvot even though the Torah had not yet been given. Why, then, did he wait for an explicit command from Hashem before circumcising himself?

R’ Avraham Zvi Kluger shlita (Chassidic Mashpia in Bet Shemesh, Israel) explains: The number seven represents the natural world, for the world was created in seven days (including Shabbat, when rest was created). The number eight–one more than seven–thus represents that which is “above” and outside of the natural order, that which cannot be explained rationally. Accordingly, the number eight represents our special relationship with Hashem, for which there is no natural explanation. Hashem’s love for us is not conditional on any reason. It just is. Why? We cannot know.

R’ Kluger continues: This idea is illustrated by the holiday of Shemini Atzeret, the eighth day of Sukkot. All other holidays have one or more special Mitzvot–e.g., Matzah on Pesach, a unique Korban (“Shtei Ha’lechem”) on Shavuot, and Lulav and Sukkah on Sukkot. One might think that Hashem’s relationship with us is conditional on our performance of these (and other) Mitzvot. Therefore, Shemini Atzeret comes along and teaches us otherwise, for it has no unique Mitzvot. The Midrash describes Shemini Atzeret as a day when the King enjoys the company of His children. Just as a parent does not need a reason to love his children, R’ Kluger explains, so Hashem does not need a reason to love the Jewish People.

Brit Milah represents our unconditional covenant with Hashem, R’ Kluger writes further. Thus, it is performed on the eighth day, the day that is beyond nature or reason, and without the conscious knowledge of the one entering the covenant. Like Hashem’s love for us, our covenant with Him is just a fact, not something to be reasoned about. Avraham did not perform this Mitzvah on his own because it is a Mitzvah that can be performed only once, and, being unsure whether he was spiritually ready, he waited for a command. Only after the fact do we understand that it is a Mitzvah that is meant to be performed without “being ready.” (Nezer Yisrael: Mo’adim p.136)

R’ Acha of Shabacha z”l (Bavel and Eretz Yisrael; circa 680-760; author of the earliest known post-Talmudic work; also known as R’ Achai Gaon) writes: Shabbat was given only as a “sample” of what awaits in Olam Ha’ba/ the World-to-Come. Just as Shabbat is only for eating and drinking and praising the Holy One, blessed is He, so, in Olam Ha’ba, there will nothing for a person to do other than eat and drink and praise the Holy One, blessed is He. Thus, the prophet Yoel wrote (Yoel 2:26), “And you will eat–eating and being satisfied–and you will praise the Name of Hashem, your Elokim [who has acted wondrously with you; and My people will not be shamed anymore].” And, Hashem warns: One who profanes the Shabbat is profaning My honor. (She’iltot: Bereishit 1)

R’ Naftali Zvi Yehuda Berlin z”l (the “Netziv”; 1816-1893; rabbi of, and Rosh Yeshiva in, Volozhin, Belarus) explains: Shabbat was given so that we will have an inkling of the reward that awaits us in Olam Ha’ba. Just as we eat and drink on Shabbat effortlessly, as everything was prepared before Shabbat, so, in Olam Ha’ba, we will be satiated by the “glow” of the Shechinah effortlessly, as it will be a reward for the Mitzvot we performed and the Torah we studied in this world.

The Netziv continues: Our Sages say, by way of a metaphor: “One who toiled on Erev Shabbat will eat on Shabbat” [i.e., one who performed Mitzvot and studied Torah in this world will reap the rewards in Olam Ha’ba]. R’ Acha describes the reward in Olam Ha’ba as “eating and drinking” in line with this metaphor. Similarly, we read about Nadav and Avihu, the sons of Aharon, and the Elders (Shmot 24:11), “They gazed at Elokim, and they ate and drank.” R’ Acha is interpreting the “eating” in the quoted verse in Yoel likewise. The prophet says: In this world, a person who performs Mitzvot and studies Torah is not satiated; he is always hungry for more. In Olam Ha’ba, however, each person will enjoy the “glow” of the Shechinah to his maximum ability.

In this light, the Netziv concludes, we also can understand R’ Acha’s closing statement: “Hashem warns: One who profanes the Shabbat is profaning My honor.” One who transgresses Shabbat is making a statement that he does not value the exposure to the Shechinah he could attain in Olam Ha’ba. That is surely an insult to Hashem! (Ha’emek She’eilah 1:16)