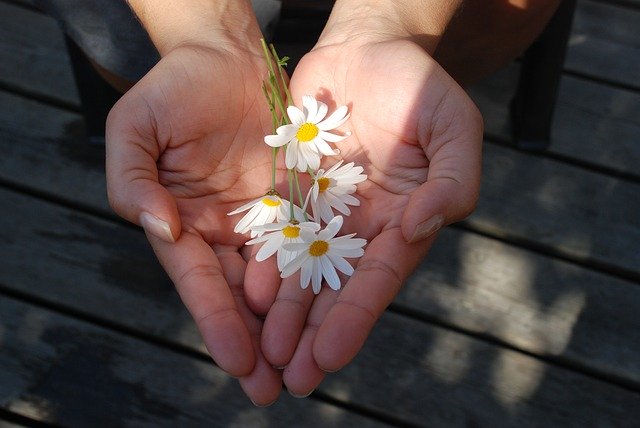 The Kindness in Creation 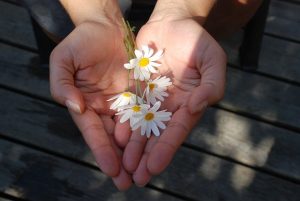 Rashi z”l observes that the first verse of our Parashah attributes Creation to “Elokim.” Rashi writes: It does not say, “Hashem created,” because G-d would have liked (so-to-speak) for Creation to be placed under the Divine attribute of Din / Justice (alluded to by the Divine Name “Elokim”). However, He knew that the world could not thus endure; therefore, He gave precedence to the Divine attribute of Rachamim / Mercy (alluded to by the Name “Hashem”), allying it with the attribute of Din. The Torah alludes to this union when it states (Bereishit 2:4): “On the day that the Hashem Elokim made earth and heaven.” [Until here from Rashi]

R’ Shaul Yisraeli z”l (1909-1995; rabbi of Kfar Ha’roeh, Israel and a Rosh Yeshiva in Yeshivat Merkaz Harav) explains: We read (Tehilim 89:3), “The world will be built with Chessed/ Kindness.” Hashem had no need to create the world; doing so was purely an act of kindness. But, there is kindness that is earned, and therefore is “justice” (“Chessed She’b’din”), and there is kindness that is not earned, but rather is performed purely out of mercy or compassion (“Chessed She’b’rachamim”). One who receives the latter form of kindness contributes nothing to his situation; he is solely a recipient, whereas G-d wants us to imitate Him and be givers and doers. Thus, G-d prefers to perform kindness that we earn through our good deeds–Chessed resulting from Din. Only because He knows that Creation does not always deserve kindness did He mix mercy into creation also. (Si’ach Shaul La’yamim Ha’nora’im p.3)

“Elokim blessed the seventh day and sanctified it because on it He abstained from all His work which Elokim created to make.” (2:3)

R’ Avraham ben Ha’Rambam z”l (son of Maimonides; Egypt; 1186-1237) writes: This is G-d’s way of informing us that He has honored us by giving us the Torah, and that He has given us something good by giving us the Shabbat–a day whose honor, specialness, and greatness date to the beginning of Creation. Hashem has separated us from the nations, honored us, and informed us that we are commanded to observe the Shabbat. Regarding this, our Sages say (Shabbat 10a), “The Holy One, Blessed is He, told Moshe, ‘I have a good gift in My storehouse, its name is “Shabbat,” and I am destined to give it to Yisrael’.” The verse which the Gemara brings in support says (Shmot 16:29), “See that Hashem has given you the Shabbat,” with the definite article “the,” indicating that it is the well-known day that was in Hashem’s “storehouse” from long ago. (Peirush Ha’Torah L’Rabbeinu Avraham ben Ha’Rambam)

“Hashem Elokim took the man and placed him in the Garden of Eden, to work it and to guard it. And Hashem Elokim commanded the man, saying, ‘Of every tree of the garden you may freely eat; but, from the Tree of Knowledge of Good and Bad you must not eat, for on the day you eat of it, you shall surely die’.” (2:15-17)

R’ Yonoson David shlita (Rosh Yeshiva of Yeshiva Pachad Yitzchak in Yerushalayim) writes: Adam Ha’rishon’s task was to avoid the Etz Ha’da’at Tov Va’ra / Tree of Knowledge of Good and Bad and cling to the Etz Ha’chaim / Tree of Life–meaning, to cling to Hashem without bringing himself to a situation in which he would have doubts about good vs. bad or debates about right vs. wrong, and no actual contact with evil. When we study Torah, which is referred to as “Etz Ha’chaim,” we learn about evil as a theoretical construct, not as something real. For example, when a person studies a passage in Gemara about theft, lying, or cheating, it does not awaken in him any temptation to steal, lie, or cheat. This, explains R’ David, was how Adam Ha’rishon was supposed to exercise his Free Will: to know about evil theoretically, but not to be tempted by it. He was not meant to choose between good and bad in practice.

“So Hashem Elokim banished him from the Garden of Eden, to work the soil from which he was taken.” (3:23)

According to Midrash Tehilim (ch.92), Adam was created, was placed in Gan Eden, sinned, and was banished from Gan Eden all in one day–Friday of the Six Days of Creation. His expulsion from Gan Eden took place, according to the Midrash, just before the onset of the first Shabbat.

R’ Srayah Deblitzki z”l (1926-2018; Bnei Brak, Israel) writes: The Midrash implies that, if not for Shabbat, Adam would have been expelled from Gan Eden straight into Gehinom. But, according to the Midrash, Shabbat argued: “Master of the Universe! Until now, no one has yet been punished for any wrongdoing. Will you begin dispensing punishments on my day? Is this how Shabbat will be sanctified?! Is this how Shabbat will be restful?!” The Midrash concludes: When Adam saw the power of Shabbat, he declared (Tehilim 92:1), “A psalm, a song for the Shabbat day.”

However, R’ Deblitzki adds, good lawyers charge high fees. In exchange for Shabbat arguing on our behalf, Shabbat expects us to repay her by improving and elevating our Shabbat observance. For some people, this may mean being more careful about the minute details of the Shabbat prohibitions. For others, it may mean taking care to eat bread at Seudah Shlishit and Melaveh Malka. For still others, it may be sanctifying our speech on Shabbat and minimizing idle chatter. Whatever we do for Shabbat, we can be certain that Shabbat will, in return, advocate for us. (Ani L’dodi: L’nefesh Tidreshenu p.223)

“Hashem said, ‘Lo Yadon Ruchi / My spirit shall not contend evermore with Man since he is but flesh; his days shall be a hundred and twenty years’.” (6:3)

R’ Chaim of Volozhin z”l (Belarus; 1749-1821) writes: Through his free will, man can make turn his body into something spiritual, or, G-d forbid, he can contaminate his soul until it is no better than his physical body. The latter is what the Generation of the Flood did. Thus, Hashem said, “Lo Yadon Ruchi / the soul, which is part of My spirit, shall not remain within the Nadan /container that I made to contain it, i.e., the human body, since he is but flesh, i.e., since he has lowered the soul to the status of the body. (Ruach Chaim 3:1)

This year, we will iy”H devote this space to discussing various aspects of our prayers. We begin this week with the basics of the Mitzvah to pray.

R’ Moshe ben Maimon z”l (Rambam; 1135-1204; Spain and Egypt) writes: There is a Mitzvat Asei / affirmative commandment to pray every day, as it is written (Shmot 23:25), “You shall serve Hashem, your Elokim.” Via the oral law we know that this “service” is prayer. Likewise, it is written (Devarim 11:13), “To serve Him with all your heart,” and our Sages explain: “What service is in the heart? This is prayer.”

The number of prayers is not from the Torah, and neither is the text of the prayers. According to Torah law, there is no fixed time for prayer. Therefore [because prayer has no fixed time], women are obligated to pray, for it is an affirmative commandment that is not performed at a specific time. [Women are exempt from most Mitzvot that must be performed at a specific time. Examples include: Tefilin, Tzitzit, Lulav and Sukkah.]

The obligation imposed by this Mitzvah is as follows: A person should pray to and beseech Hashem every day. Each person according to his ability should state Hashem’s praises, then ask for whatever he needs in a beseeching manner, and then give praise and thanks to Hashem for the goodness He bestowed upon him.

When the Jewish People were exiled by the wicked Nevuchadnezar [who destroyed the First Temple] and they assimilated among the Persians, Greeks, and other nations, and had children in the lands of those nations, those children’s speech was a combination of many languages, and they could not formulate clear prayers in Lashon Ha’kodesh / Hebrew using their own words. When Ezra and his Bet Din saw this, they established the Shemoneh Esrei. (Hilchot Tefilah 1:1-2, 4)