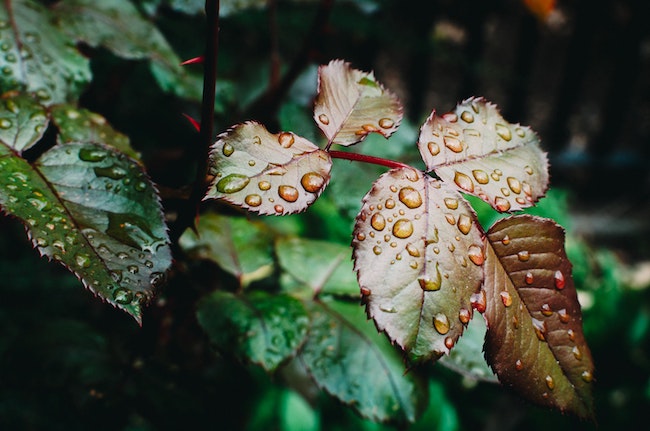 What We Take for Granted 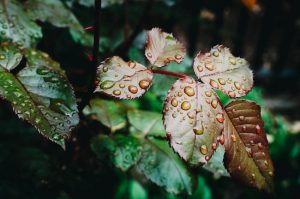 R’ Nachman Yechiel Michel Steinmetz shlita (rabbi in Brooklyn, N.Y.) writes: “I heard a wondrous answer to this question.” He explains: We read in our Parashah (16:35): “Bnei Yisrael ate the Mahn for forty years, . . . until their arrival at the border of the land of Canaan.” The Mahn fell every single weekday for almost 40 years. It even fell on the day Bnei Yisrael made the Golden Calf, as we read (Nechemiah 9:18-20), “Even though they made themselves a molten calf and said, ‘This is your G-d who brought you out of Egypt,’ . . . You did not withhold Your Mahn from their mouth.” As a result, Bnei Yisrael took the Mahn for granted, and it did not occur to them to give thanks for it. In contrast, the well disappeared when Miriam died, so (Bemidbar 20:2), “There was no water for the assembly.” Bnei Yisrael understood what it meant to be thirsty, so they gave thanks to Hashem when they had water.

In light of this, writes R’ Steinmetz, we can understand the Halachah that requires giving thanks for rain, but only in lands that are prone to drought (see Shulchan Aruch, O.C. 221). Because we do not experience drought, we should not give thanks for rain? Yes! One who has never experienced drought will not mean it when he gives thanks for rain, R’ Steinmetz explains; it will be a “blessing in vain.” Only one who has missed the rain can genuinely feel grateful for it. (Ateret Nevonim p.15)

“Yisrael saw the great hand that Hashem inflicted upon Egypt, and the people revered Hashem, and they had faith in Hashem and in Moshe, His servant.” (14:31)

We read in the Pesach Haggadah that Hashem inflicted five times as many plagues on the Egyptians at the Yam Suf / Reed Sea as He did in Egypt. Regarding the plagues in Egypt, we read (8:15), “The sorcerers said to Pharaoh, ‘It is a finger of Elokim!’” whereas, at the Yam Suf, Hashem inflicted the Egyptians with a great “hand.” Just as a hand has five fingers, so the plagues at the Sea were five-fold those in Egypt.

R’ Yosef Zvi Viener z”l (1936-2012; rabbi of Gan Yavneh and Nes Ziona, Israel) writes: From the fact that Bnei Yisrael attained a level of Emunah/ faith from seeing Hashem’s “great hand” at the Sea that they had not attained in Egypt, we can be certain that Hashem’s revelation at the Yam Suf also was greater than His revelation in Egypt. This explains why the plagues at the Sea are not described in the Torah, R’ Viener writes. In Egypt, Hashem was “addressing” a lowly audience: Bnei Yisrael, who were then slaves, and the Egyptians. As such, the lesson had to be one that any person can grasp. At the Sea, in contrast, every member of Bnei Yisrael attained a level of prophecy higher than that attained by the prophet Yechezkel when he saw Hashem’s “throne,” say our Sages. Such a revelation cannot be spelled out in the Torah.

R’ Viener continues: In Egypt, too, the Plagues are described as Hashem’s “hand,” not just His “finger.” For example, we read (9:3), “Behold, the hand of Hashem is on your livestock.” Why, then, does the Haggadah say that the Plagues in Egypt were done with Hashem’s “finger”?

He answers: The verse just-quoted is Moshe Rabbeinu’s description of a forthcoming plague and is simply a way of saying that Hashem will strike the Egyptians. However, when the Torah describes the impressions that the plagues made on those who viewed them, we find the term “finger” used in Egypt and the term “hand” used at the Yam Suf. (Haggadah Shel Pesach Chayei Ha’bechirah p.84)

From this verse, we learn that one should spend extra money to beautify his Mitzvah performance–for example, paying a premium for Tefilin or for an Etrog, or placing beautiful decorations in a Sukkah. However, notes R’ Yoel Sirkes z”l (Poland; 1561-1640; known as the “Bach” after the initials of his Halachic work Bayit Chadash), the verse says, “Beautify Him!” Be sure that your intention is for Hashem’s honor, not for your own. Also, imitate Him! Just as Hashem is compassionate toward those in need, so you should be. (Meishiv Nefesh 2:8)

Why did Moshe choose Yehoshua to fight Amalek rather than leading the battle himself? R’ Shmuel Mordechai Wollner shlita (Rosh Yeshiva of Mesivta Nesivos Hatalmud in Brooklyn, N.Y.) writes:

There are two ways that forces of impurity challenge us. One is by espousing heresy, represented by Pharaoh who said (5:2), “Who is Hashem that I should heed His voice? I do not know Hashem.” The second is by taking advantage of feelings of hopelessness and lethargy, as Amalek did (see Devarim 25:18 — “He struck all the weak ones at your rear, when you were faint and exhausted.”).

Moshe was the humblest of all men, continues R’ Wollner. Humility is a very admirable trait when practiced properly, as Moshe obviously did, but those who do not understand that trait can easily confuse it with hopelessness or lethargy. Therefore, Moshe did not think he was the right person to lead the fight against Amalek. Yehoshua was a descendant of Yosef, who exuded self-confidence; he was the right person for this challenge. (Kovetz Sichot Hit’alut V p.31)

“Yehoshua did as Moshe said to him, to do battle with Amalek, and Moshe, Aharon, and Chur ascended to the top of the hill.” (17:10)

The Gemara (Berachot 34b) relates: Rabban Gamliel’s son was ill, so he sent two Torah scholars to Rabbi Chanina ben Dosa to ask him to pray.

R’ Yosef Shalom Elyashiv z”l (1910-2012; Yerushalayim) explains: Rabban Gamliel learned from our verse that prayers are more effective when the one praying is flanked by two other people. Rabban Gamliel was concerned that R’ Chanina might not, at that moment, be in the presence of two people worthy of “assisting” his prayer; therefore, Rabban Gamliel sent two Torah scholars to him.

R’ Benzion Kook shlita (publisher of R’ Elyashiv’s Talmud lectures) adds in a footnote: The Tur (14th century Halachic code) cites a Midrash deriving from our verse that the Chazzan should be flanked in this way when he recites Selichot on a public fast day. We would have thought that Aharon and Chur accompanied Moshe to hold up his arms (see verse 12), but the Midrash is teaching that Moshe had another purpose in mind. (Shiurei Maran Ha’Grish Elyashiv)

The Mishnah (Rosh Hashanah 3:8) asks: Did Moshe’s hands fight the war? It answers: When Moshe would raise his hands, Bnei Yisrael would look upwards and subjugated their hearts to Heaven, and then they would be victorious.

R’ Chaim of Volozhin z”l (Belarus; 1749-1821) explains: It is a wonder that we pray that Hashem save us from suffering, for we know suffering cleanses our sins and is for our own good! Praying that we not suffer is like a child covered in mud asking his mother not to bathe him. How, then, do we justify such prayers? Our Sages teach that Hashem, too, ”suffers” when we suffer; He wants to do only good for us, but He is “frustrated” when we sin and force Him to punish us. If we “look Heavenward,” focusing on Hashem’s desire to do good, rather than praying for our own needs, then we are justified in praying. (Ruach Chaim 3:2)

This year, we will iy”H devote this space to discussing various aspects of our prayers. We have been examining the structure of our daily prayers, and last week introduced the idea that Shacharit / the morning prayer consists of four parts, paralleling the four rungs of the ladder in Yaakov Avinu’s dream, the four levels through which human perception must advance to attain knowledge of G-d, as described by Rambam z”l, and the four worlds discussed in Kabbalah.

R’ Elie Munk (1900-1981; rabbi in Ansbach, Germany and Paris, France) continues: In the first section–from the beginning until Baruch She’amar–man’s practical needs, such as awaking and clothing, are mentioned. A blessing for the work and welfare of the day follows. Then a description of the daily sacrifice, also a practical matter, is added. Thus, the entire beginning is devoted to the “Olam Ha’Asiyah,” the world of material phenomena, the point from which the quest for G-d must set out.

The second section, the Pesukei D’zimra / verses of song, deals with G-d’s revealing Himself in nature and history. The splendor of nature, the magnificence of the starry sky, the beauty of the reality of our world, all proclaim the glory of G-d. Thus, our thoughts rise from the world of human activity to the “Olam Ha’Yetzirah,” the world of forms and shapes that are the background and the framework for the activities of our daily life.

Behind the Olam Ha’Yetzirah, we can discern the “Olam Ha’Beriyah,” the world of the forces that dominate the Creation, to which the third section of our prayers–Kri’at Shema and its blessings–is devoted. (The World of Prayer p.12)