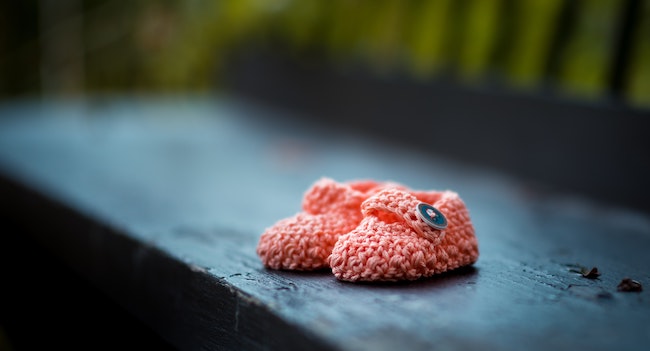 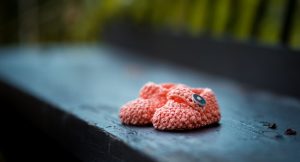 In this week’s Parashah, we read how Yosef’s brothers sold him into slavery. The Torah records (37:25), “They raised their eyes and they saw, behold! — a caravan of Ishmaelites was coming from Gilad, their camels bearing spices, balsam, and lotus — on their way to bring them down to Egypt.” Rashi z”l comments: “It is not usual for Arabs to carry anything but kerosene and oil, which are foul smelling. However, in this case, it was specially arranged that they should be carrying fragrant spices so that Yosef should not suffer from a bad odor.”

R’ Yitzchak Menachem Weinberg shlita (Tolna Rebbe in Yerushalayim) asks: Yosef was on his way to become a slave in Egypt! Did he really care what the caravan smelled like? It is almost as if G-d was mocking him!

He answers: The Torah is teaching us to pay attention to details. People have a tendency to generalize. When a person is going through a difficult time, he tends not to notice the blessings along the way. The Torah teaches us, however, to give thanks for every blessing, for every good thing, no matter how difficult our lives may be.

The Tosefta (a companion work to the Mishnah) relates that Rabban Gamliel asked his students what blessing one recites on a drink of water. They replied: “Teach us!” In response, he related how Yosef was carried into slavery amidst sweet smelling spices, as mentioned. The Tolna Rebbe explains that Rabban Gamliel was teaching the above lesson: A drink of water may not seem like anything remarkable, but one must give thanks for every blessing. (Butzina D’Oraita p.68)

Midrash Ruth Rabbah teaches: When one does a Mitzvah, he should do it whole-heartedly. If Reuven had known that the Torah would write, “He rescued him from their hand,” he would have put Yosef on his shoulders and carried him to his father. [Until here from the Midrash]

R’ Yoel Sirkes z”l (Poland; 1561-1640; known as the “Bach”) writes: This is difficult to comprehend! Is it conceivable that a holy Tzaddik such as Reuven would have been motivated by honor?

He explains: The Midrash feels that, at first glance, the words, “He rescued him from their hand,” are superfluous. The Torah just as well could have said: “Reuven heard, and he said, ‘Let us not strike him mortally!’” The “superfluous” words “He rescued him from their hand” teach that Reuven did not, in fact, intend to do any Mitzvah by saving Yosef. Rather, Reuven reasoned: “I am the firstborn, and I will bear the brunt of the blame if Yosef is harmed.” Therefore, Reuven rescued Yosef. But, says that Midrash, G-d can read man’s innermost thoughts, and He knows that, had Reuven realized he was performing a great Mitzvah, he would have done it with great enthusiasm and attention to detail. He even would have carried Yosef on his shoulders back to Yaakov–not for honor, but because that is the proper way to perform a Mitzvah. (Meishiv Nefesh: Ruth 2:14)

When one does a good deed that is not expressly required by the Torah, he should do so as discretely as possible. That will help him avoid haughtiness and focus on doing the deed purely for the sake of Heaven. This is what the first part of the Midrash means when it says: “When one does a Mitzvah, he should do it whole-heartedly,” i.e., with a pure, undistracted heart.

On the other hand, when one does a Mitzvah that is written expressly in the Torah, there is no need to keep it private. Since everyone is obligated to do that same thing, doing it publicly will not be a cause for haughtiness. [One does not usually hear someone brag that he put on Tzitzit or Tefilin, for example.] Thus, if Reuven had known that the Torah would write, “He rescued him from their hand,” as if it is an explicit Mitzvah to do so, he would have performed that good deed more publicly, even putting Yosef on his shoulders and carrying him to his father. (Parashat Mordechai)

R’ Yaakov Chagiz z”l (1620-1674; Morocco, Italy, and Turkey) writes: I have heard that it is better to recite the blessing in the form, “L’hadlik Ner Chanukah,” rather than, “L’hadlik Ner Shel Chanukah,” alluding to the secret of “Nachal.” (Halachot Ketanot I No.3)

R’ Ben Zion Alkali z”l (1858-1905; Eretz Yisrael) elaborates: There have been differing opinions among major Halachic authorities throughout the centuries regarding the correct formulation of this Berachah. One argument cited by R’ Chaim Yosef David Azulai z”l (1724-1806; Eretz Yisrael and Italy; known as “R’ Chida”) for omitting the word “Shel is that “Ner Shel Chanukah” means “the candle of Chanukah,” just as “Ner Shel Shabbat” means “the candle of Shabbat,” whereas “Ner Chanukah” means “the Chanukah candle.” Shabbat has many Mitzvot — for example, Kiddush and the three meals — so the candles do not define the day; they are merely the “candle[s] of Shabbat.” In contrast, Chanukah has only one Mitzvah, the candles, and it defines the day. Therefore, it is the “Chanukah candle.”

Additionally, R’ Alkali writes in the name of R’ Chida, reciting a different form of the Berachah than is recited on Shabbat reflects the fact that the candles of Shabbat are specifically intended to give light for our enjoyment, whereas Chanukah candles may not be used as a light source.

Regarding “the secret of ‘Nachal’,” R’ Alkali writes: I am not privy to these secrets. May Hashem show me the wonders of His Torah! (Halachah Rovachat)

He explains: Our Sages teach that the light Hashem created on the first day of Creation was too good to be used by mankind in this world and was concealed for the benefit of Tzaddikim in the future (see Rashi to Bereishit 1:4). It is that “pleasure” which our “soul awaits.” The Chanukah candles give us a glimpse of that holy light, and it is that to which the acronym “Nachal” alludes. Indeed, R’ Zvi Elimelech Shapira z”l (the Bnei Yissaschar; died 1841) writes that the word “Chanukah” comes from the word “Chinuch,” meaning “education” or “inauguration.” Through the Chanukah lights, we accustom ourselves to the immense light that will be revealed in the near future, G-d willing. (Kuntresei Chassidut: Mo’adim p.3)

R’ Moshe ben Yosef Trani z”l (1505-1585; rabbi of Tzefat, Eretz Yisrael; known by the acronym “Mabit”) writes: It would be worthwhile to define “Tefilah” / prayer, as many great things hinge on this, as I will discuss [later in the work quoted here]. We have found the proper and complete definition to be the following: Tefilah is a person asking from Hashem something that the person needs which he cannot obtain on his own.

Mabit continues: By “asking,” we mean that one should not demand his needs from Hashem, as if he is entitled, the way one would demand that a friend pay a debt. Rather, one should beseech and plead with Hashem as a pauper asks for help from someone who owes him nothing. What has any person done for Hashem that He should be indebted to anyone? We read (Iyov 41:3), “Whoever preceded Me, I can reward him, for whatever is under the heavens is Mine,” and our Sages explain: “I [Hashem] give a person a house, and I command him to place a railing around the roof and to place a Mezuzah on the doorpost. I give him a field, and I command him not to plow with an ox and a donkey together.” [Anything one would use to perform a Mitzvah comes from Hashem, so how can one demand a reward for doing the Mitzvah?] . . . This, as well, is the meaning of the Mishnah (Avot ch.2), “When you pray, do not make your prayer ‘fixed,’ but rather beg for compassion before Him.” Do not act as if G-d is obligated to accept your prayer, as if you will certainly get want you want. Rather, plead, like someone who is dependent on G-d’s compassion, for then you will be answered. (Bet Elokim: Sha’ar ha’Tefilah ch.1)