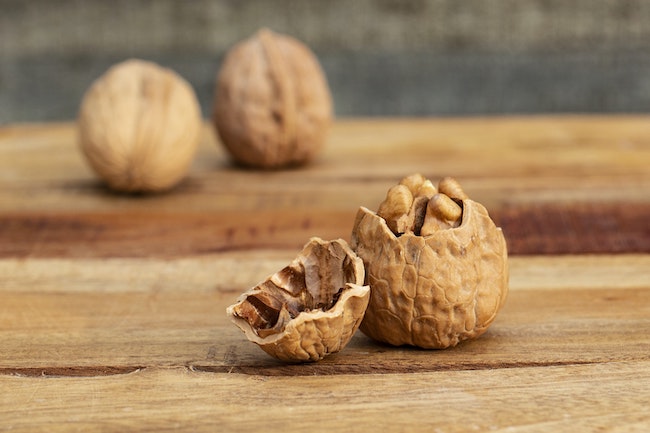 Vayeira: Look Beyond the Shell 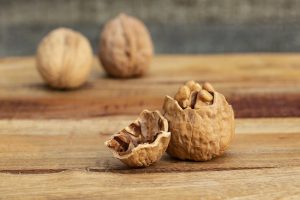 When Avraham left Charan, he left behind Terach, his elderly father. The commentaries (1) discuss and debate why it was necessary for Avraham to forsake his father. The Seforno, though, makes the opposite point: Terach did not find it important to go after Avraham — even after Avraham’s greatness became widely recognized.

The Seforno contrasts Terach’s behavior with that of Lot — Avraham’s nephew. Lot did follow Avraham. Even though he later fell into disrepute, Lot’s following Avraham was an act of greatness for which he was rewarded by becoming the ancestor of Rus and Dovid Hamelech (2). Haran, Lot’s father (he was also the father of Sarah) was the first person to give his life for the sanctification of Hashem (Kli Chemda and the Alter from Kelm).

Avraham Watches from the Distance

He told Lot to choose which way to go, and Avraham would go the other way. So it was (Lot went to S’dom). Nonetheless, Avraham kept up with Lot, going to war to save him from captivity. In our parsha, Avraham davens for the men of S’dom to be spared — in the merit of tzaddikim. Why? Ramban explains that saving the place on account of the tzaddikim was only an excuse. If he had realized that Lot’s own son-in-laws would not listen to Lot — there weren’t any tzaddikim — Avraham would have kept davening for Lot anyway.

Avraham knew that greatness would come from Lot’s eventual descendants. Even though Avraham’s tefilla failed to spare S’dom, Ramban suggests that the survival of Lot and his daughters was due to Avraham’s pleading on Lot’s behalf.

How precious is Avraham! It is common that after breaking up over a dispute, the two parties have nothing to do with each other — even if they’re relatives. It is not so with Avraham. From a distance, Avraham watches over Lot to help maintain his survival. Even if Lot has sunk into depravity, he will have great offspring in the distant future!

The Contrast of Avraham to S’dom

In Parshas Vayeira, after Avraham has fulfilled the mitzva of Mila, Hashem says, “Can I hide from Avraham what I will do to S’dom? I know that he will command his children after him, to keep derech Hashem…” (18:17-19) What is the connection between revealing to Avraham what Hashem will do to S’dom and Avaham’s commanding his children? See Da’as Zekeinim:

“When Avraham sees clearly the results of the behavior of the people of S’dom, I know that he will command his children after him to keep the way of Hashem.”

Avraham, by keeping mitzvas Mila, has fenced in his children, guarding them from immorality. Lot and S’dom are the reverse. Give Avraham this support — let him see graphically the outcome of such unbridled immorality. S’dom will be destroyed!

There seem to be two directions: The uncircumcised idolaters contrast with the circumcised believers. In ancient days, the tzaddikim were born without a foreskin (3). Yet, Avraham has been sired and raised among the uncircumcised idolaters, and shows us that one can change sides (4). Tell Avraham about the impending destruction of S’dom — this will strengthen him in commanding his children after him.

The Ramban says that Avimelech was a straight and good king. What merit do we see in Avimelech? Surprisingly, Avimelech’s tefilla is identical to Avraham’s. Avraham argued: “Will You destroy the tzaddik with the rasha? They will say that this is what You do… and so You did with the generation of the flood and the dispersion!” (Rashi, 18:25) Avraham argued that taking the tzaddikim along with the rashayim will cause the profaning of Hashem’s name.
Avimelech, davening that he should be spared from punishment (in the incident with Sarah), uses the same language (see Rashi, 20:4).

Interestingly, Avimelech uses the same name of Hashem that Avraham uses: Adnus — referring to Hashem’s complete mastery (20:4). The great praise of Avraham was that he introduced this concept, as the Gemara says in Brochos 5. Somehow, Avimelech has acquired this lesson!

Lot uses a similar word (5); however, the term was not kodesh — not one of the sacred names of Hashem. Yet, under great pressure, Lot does come to refer to Hashem with the sacred name (19:18) (6).

Lot, descended from Haran, followed Avraham to Eretz Yisrael. He had somewhat understood the name of Hashem. In truth, Lot is not a fine character, and Avraham made sure they stayed apart. At the same time, Avraham looks beyond the shell; he knows that potential greatness lurks behind the scenes. Future events will justify Avraham’s actions in helping Lot — Rus and Dovid Hamelech will be counted among Lot’s offspring.
___________________________________________
1. See Rashi, Ramban, Maharal.
2. Seforno, 11:32, according to Rav Raphael Pelcovitz.
4. Originally, only those born without the orlah had ‘tzelem’ — the image of Hashem. Avraham changed that: With the mitzva of mila Avraham became the first to join to the group of tzelem bearers without having been born this way. See Avos D’Rebbi Nosson (ch. 2), Pirke D’Rebbi Eliezer (ch. 12).
5. 19:2 (punctuated with patach instead of kamatz).
6. See Rashi, Targum Onkelos and Targum Yehonason: at this point, Lot really started to make requests from Hashem.